Paul Tharp graduated from the University of North Carolina at Wilmington, where he majored in English and minored in Philosophy. Paul graduated with the top grade point average in his class in three years. After working as a high school English teacher, Paul attended law school at the University of North Carolina at Chapel Hill. He received his juris doctor and became a member of the Florida Bar in 2003 and the North Carolina Bar in 2005. Paul is admitted to practice in federal court for the Western District of North Carolina. During the beginning of his career, Paul focused on legal writing, publishing hundreds of articles on legal topics in various publications and assisting lawyers and law firms in drafting legal pleadings and other documents. In 2012, Paul joined Arnold & Smith, PLLC to take over the growing personal injury and workers' compensation practice, and is now accepting new cases. 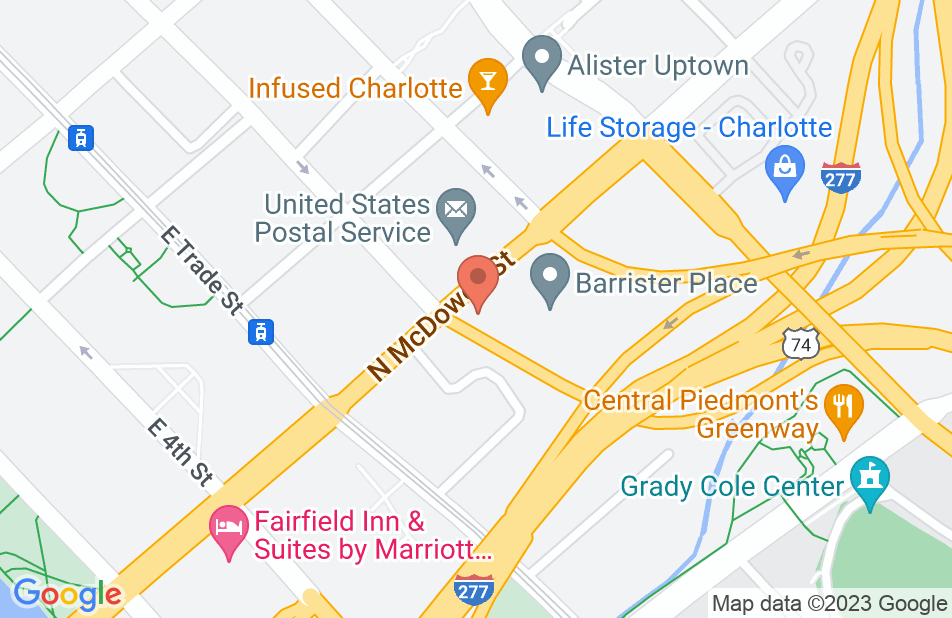 Paul Tharp was an excellent attorney. After my accident, which was my first major wreck, i was pretty lost as to what to do. Paul was very understanding at my lack of knowledge and talked me through the whole ordeal. The case was resolved quickly, with little effort on my part. I would highly recommend Paul to my family or friends.
This review is from a person who hired this attorney.
Hired attorney
See all reviews

Paul is a fantastic attorney that passionately advocates for his clients.

The process involved with injury-based claims often involves a host of other parties: multiple insurance companies, opposing parties, and professionals paid to minimize their exposure at the victim’s expense. Paul’s strong background in crafting strategic legal arguments is a great fit for cutting through the legal smokescreen in these matters to get the best result for his client. I highly recommend Paul Tharp for anyone facing an injury-related issue in North Carolina.

Paul's laid-back and welcoming demeanor is often remarked upon by former and current clients as his best quality. Having worked with Paul for many years, I would argue that his real strength is in his ability to come up with tactical legal arguments that he passionately believes in. Paul is an asset to our firm and I highly recommend him.

I highly endorse Paul. He is an excellent advocate for his clients and an outstanding writer. He is also highly professional and skilled in his chosen areas of practice.

Paul is a very gifted legal advocate who carefully crafts and executes case winning legal strategies for his clients. I highly recommend Paul as a zealous advocate.