John Eluwa is a graduate of North Carolina Central University School of Law, Durham, North Carolina and currently serving a term from 2014 to 2016 as a Board of Director for the Wake County Bar Association. Attorney Eluwa is eager to work with all Immigration cases, especially those TPS eligible nationals from Yemen who live in the United States.

His earlier beginnings were working as a Legal Intern for the former East Central Community Legal Services; a Real Property Title Researcher for Durham County Engineering Department; an Associate with the former Jones & Avery Attorneys at Law Firm; and later joined Carolina Power and Light Company (CP&L), now (Duke Progress Energy) Litigation Support Staff as a Case Manager in the early 1990’s. He founded the Law Offices of John Eluwa March 1995. The office was later incorporated as a Professional Limited Liability Corporation (PLLC) in 2003. He is a member and serves on various local bar organizations. He is also a member of American Immigration Lawyers Association (AILA), a national bar association of thousands of attorneys and law professors who practice and teach immigration law all over the globe.

In his efforts to continue in serving the general public, John Eluwa participates in and helps organize local immigration seminars. He renders other community services by contributing and participating in a non-profit radio (WSHA - Raleigh, NC) program where he also serves as a Community Advisory Board Member; and a local Raleigh Television Network (RTN - Raleigh, NC) show - Legal Eagles. 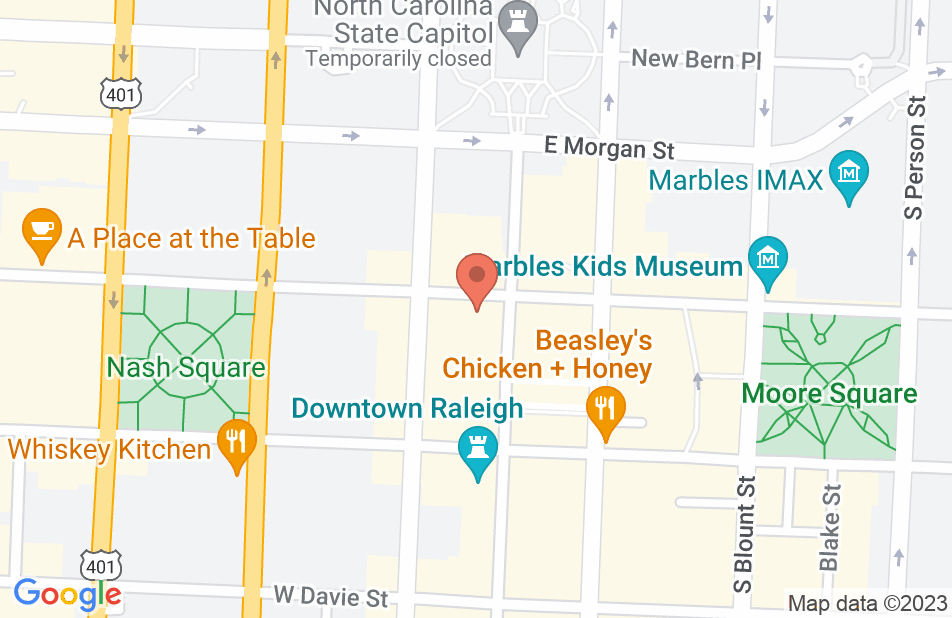 Law Off. of John Eluwa, PLLC

I hired Attorney John Eluwa for my fiancee's K1 visa application. The firm was very professional and detailed in it's approach to documentation and process. I had some corrections to make on my application, he sent his staff to my place of work. Not all lawyers will do this. His approach to service is impeccable. I am quite impressed.
This review is from a person who hired this attorney.
Hired attorney

Attorney Eluwa was very helpful with my immigration case. I was appreciative of his honesty about the chances of my case. Iwould recommend him to others.
This review is from a potential client who consulted with this attorney.
Consulted attorney

Mr. Eluwa is very passionate and informed about his job and will do anything to help his clients. I chose to speak to him about his thoughts on the travel ban and get some insight on what it's like to be a lawyer at this time and he did not disappoint. He gave some hard hitting facts on the effects of the order as well as some more personal tips and ideas on what the future will be like with this order in place and he even offers seminars for those that aren't clients but need or want more information about what to do at this time. He is very easy to talk to and not only interested in his job, but also the well being of anyone he comes across. I would highly recommend Mr. Eluwa for anyone that wants someone that will care for their case and do anything in their power to help because that's exactly what he will do.
This review is from a potential client who consulted with this attorney.
Consulted attorney

I've known Attorney Eluwa for the past couple of years and I must say I've had a great experience with him. He is very thorough, organized and allows for a smooth and impressively accurate process. He, along with the whole staff in his office, always greeted me with smiles and were always available whenever I had a question or concern. Scheduling appointments was never a concern as he would always go out of his way to make sure my needs are addressed. Furthermore, he really takes the time to get to know his clients and treats them with utmost respect and kindness. If you are looking for worry-free, high quality service then head over to Attorney Eluwa's office.
This review is from a person who hired this attorney.
Hired attorney

Mr. Eluwa took the time to explain the court process and was honest in what he could do for me and explaining all of my options. I would request his service again if need be.

Attorney Eluwa is experienced Immigration Attorney. He will not only defend you your interest, but he will educate you on how he planed to defend you, how the process works, the possible out come of your matter based on your case and the information you provided to him. In my case he has been 100% accurate.

I went to Mr. Eluwa with an immigration case I had been preparing the paperwork for. He reviewed everything I had prepared, and my plan for moving the case forward, and was very honest with me in saying that I understood the facts of the case well enough to not need his services. Specifically, we were applying for a fiance visa but there were extra, lengthy steps because my fiance had been in the country illegally at one point years prior to the application. I was certain we would need a lawyer, but Mr. Eluwa gave me the full time of consultation to go over everything I had gathered, advise me on what to do to keep the case moving forward, and let me know that I could probably do it on my own. I appreciate someone not trying to keep my services and make money off me when it's not necessary. Some doctors aren't even that honest! He was very straightforward, used terminology I could understand, talked in a logical way, and sent me on my way with confidence for the case.

John is more than excellent to me. I will always remember his honest communication to all areas of my needs. He is the first in terms of my legal needs.

It was early part of last year that I had the privilege of meeting Dr. John Eluwa being introduced to him... I met with him personally and he took care of my case by way of advice. I was amazed not only with the professionalism with which he handled my case but was very precise. He placed all options available with ease and I could tell that he is very experienced. I was very satisfied. As I left his office that day he told me I could call or come back if I ever have the need or question. Recently I couldn't make a decision as to what would be the best, reasonable and most assured or guaranteed pathway to my change of status. I was at a point of making a decision but needed his candid advice to be on the safe side. He responded to my call even though it was on a weekend and I'm glad I called because his advice was timely. He is genuine and I am even more confident that he is available even on line.

I have had the opportunity to consult with Mr. Eluwa on a variety of issues regarding some legal issues in my immigration practice and gained a wealth of knowledge and sound direction from him. I find him to be skilled and knowledgeable. I endorse this lawyer.

I endorse this lawyer. He is professional and dedicated. He is knowledgeable and willing to provide guidance on a range of issues. He has vast experience and a strong work ethic.

I know John Eluwa very well and he is very skilled, resourceful and experienced. He provides clients honest advice and reliable service. He is a true asset in our legal fraternity.

John is an experienced and knowledgeable attorney who gives back to the community by mentoring and supporting law students.