A seasoned litigator and consummate professional, Bridget has devoted her career to fighting for the rights of those injured by the negligence or recklessness of others.  Since 1998, Bridget has proven to be a tireless advocate for her clients, whether in the courtroom or when negotiating with insurance companies.  Her vast experience in representing clients in both state and federal courts in cases involving car accidents, tractor trailer accidents, drunk driving, premises liability, dog bites, wrongful death and other cases involving catastrophic injuries, has equipped Bridget with an extensive arsenal that she brings to bear on behalf of her clients. Bridget serves as the managing attorney for the Petersburg Office location.

Bridget has been listed as a "Super Lawyer" by Virginia Super Lawyers Magazine for six consecutive years, since 2008.  She is an active member of the Virginia Trial Lawyers Association, a past president of the Young Trial Lawyers Section and has served on the VTLA Board of Governors as a Governor at Large since 2008.  Bridget is also one of only four Virginia Governors of the American Association for Justice Board of Governors, on which she has served since 2012.

Bridget has successfully litigated many cases to verdict in both jury and bench trials.  In 1999 she was elected to membership in the American Board of Trial Advocates evidencing her high personal character, honorable reputation and proficiency as a trial lawyer having tried to verdict as lead counsel more than 25 civil jury trials.  She has gained a reputation as a smart, resourceful and pragmatic trial attorney, respected by her peers and clients, and has negotiated thousands of settlements for her clients.  In just one of Bridget's many cases, she successfully mediated a $1 million settlement in a wrongful death case in which a young woman was killed when her vehicle was struck by a tractor trailer whose driver fell asleep at the wheel.  In addition to the settlement for the woman's family, Bridget skillfully negotiated with the corporate defendant who agreed to provide two $20,000 scholarships in the young woman's name.

A lifetime Virginian, Bridget grew up in South Boston and graduated from Halifax County High School.  She attended Mary Washington College, receiving her BA in Sociology. After attending law school at the TC Williams School of Law at the University of Richmond and receiving her JD, Bridget began her legal career at a Richmond personal injury law firm.  Bridget and her family reside in Midlothian where she enjoys spending time with her husband and two children, as well as running and playing tennis. 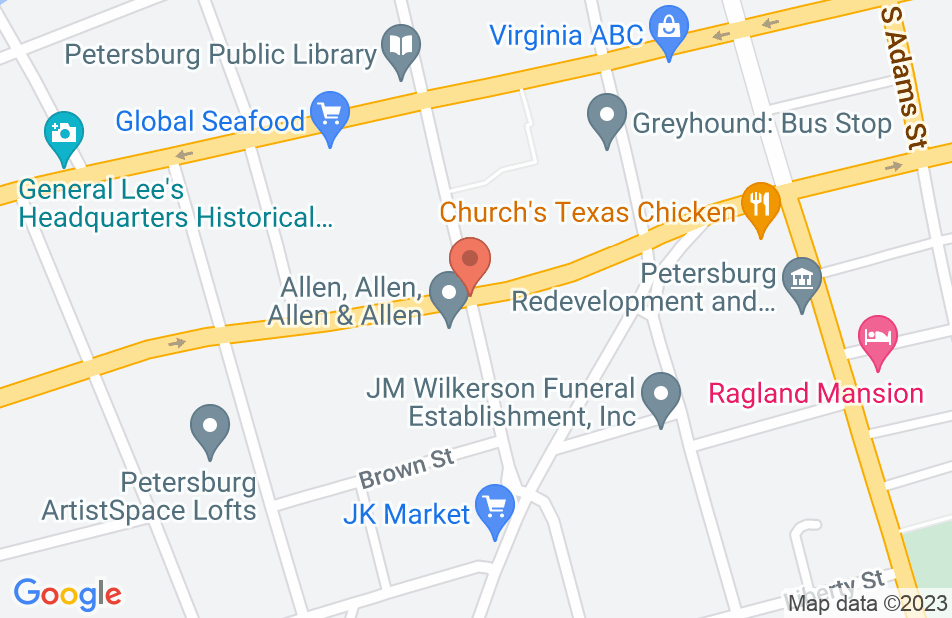 Not yet reviewed
Review Bridget Long

I endorse this lawyer. Bridget is a seasoned, skilled personal injury lawyer. She's knowledgeable, thorough, kind, and honest. You will not go wrong if you choose to hire her.