Kandace L. Scherr has been providing Elder Law, Estate, and Special Needs planning services to people throughout Maryland. She has been consistently successful at helping her clients qualify for Medicaid, enabling them to protect their assets while in long-term care.

Kind, caring, and always willing to listen, Kandace truly enjoys helping seniors and their loved ones understand the issues they face when difficult situations arise. She recognizes that every person and circumstance is different, and will take the time to help work towards the best possible solution. Kandace’s expertise also includes Guardianships, Veterans Benefits and the preparation of Wills, Powers of Attorney, Healthcare Directives, and Special Needs Trusts. She frequently lectures on Elder Law issues.

A native Marylander, Kandace is a graduate of The University of Maryland School of Law and is admitted to practice law in both Maryland and Washington, DC. Ms. Scherr is an accredited attorney with the Department of Veterans Affairs, a member of The National Academy of Elder Law Attorneys and serves on the Elder Law and Disability Rights Section Council of the Maryland State Bar Association. Kandace also has a degree in Fine Arts from the Maryland Institute College of Art and enjoys drawing and painting in her free time. 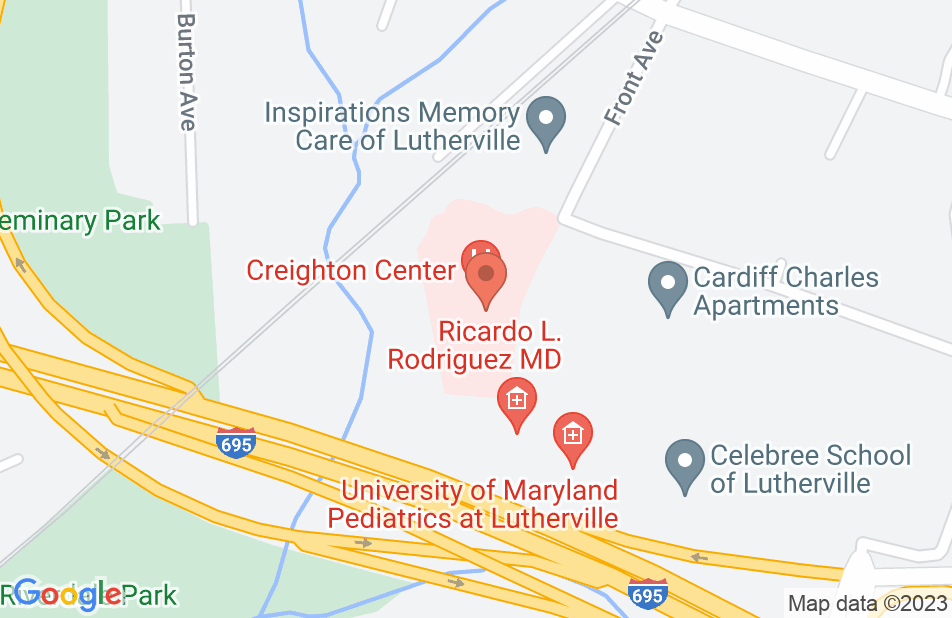 I hired Ms Scherr to determine what needed to be done with Veteran's Administration benefits my mother just started receiving. She made the determination to open a First Maryland Disability Trust to administer the initial benefit disbursement. Both Ms. Scherr and her paralegal, Ashley Keim were incredibly responsive and knowledgeable. The Trust was set up very quickly. and with absolutely no problems. I highly recommend Kandace Scherr!
This review is from a person who hired this attorney.
Hired attorney

Choosing Kandace Scherr to help me with my mother's transition to nursing home and Medicaid application was an easy decision. From our first meeting, I felt confident and comfortable with her advice and plan of action. Professional and compassionate, Kandace made what could have been a nightmare for me into a seamless process with excellent results. Would highly recommend.
This review is from a person who hired this attorney.
Hired attorney

Kandace has been a life-saver for our family. Years ago she took on my mother's messy estate, and recently she completed wills, power-of-attorney, advanced directives for my husband and I. She is incredibly thorough, and an expert on estate law & planning for elders. We have often sought her opinions. Also, she is very compassionate when discussing sensitive issues. I would not hesitate to fully recommend Kandace.
This review is from a person who hired this attorney.
Hired attorney

knowledgeable and compassionate. She assessed the situation and informed me of my options. Very appreciative of her time and insight.
This review is from a potential client who consulted with this attorney.
Consulted attorney

I had to assume care of an elderly stepparent who became mentally compromised overnight. My husband is an attorney, but not an expert in elder care. I was referred to Kandace and remain very grateful for her expert advice. I recommend her whenever I can. Look no further.
This review is from a person who hired this attorney.
Hired attorney

Kandace was a true blessing to our family. She was incredibly professional, compassionate, and patient as we worked through the Medicaid process for our sweet Mom and Dad. We truly would have been lost without her knowledge, care, expertise, and dedication to our family. It was an honor to work with Kandace as she so beautifully protected our Mom and Dad with her knowledge and strategies. She allowed us to sleep more peacefully at night as we worked through all of these decisions for our parents. We will forever be so grateful to her for her assistance, passion, and friendship.
This review is from a person who hired this attorney.
Hired attorney

Planning for the care of our loved ones, especially aging parents, can be both a physically and emotionally challenging process. The situation becomes more complex and intensified when dealing with family members affected by dementia. The foresight to execute proper legal documents to ensure that the authority to implement proper medical and financial decisions is in place is paramount. In addition, taking advantage of all the legal provisions to protect the estates of our loved ones is exacting, complex and best left to those with knowledge and expertise. Finally, when all resources have been exhausted, the process of applying for Medicaid coverage is enormously time consuming, requiring stringent and meticulous navigation of the complex governmental system. My mother, and then my father, had the unfortunate fate of developing progressive dementia and physical ailments that left me exhausted beyond capacity as a caregiver addressing their needs. The decision to place mother in a nursing home was difficult and emotionally painful but necessary. Confronted with the financial enormity associated with this decision and the multiple complex financial resources of my parents, I sought legal advice with Frank, Frank & Scherr, LLC., initially consulting Jason Frank, Esq., and then working closely with Kandace L. Scherr, Esq. and her staff. The interaction was not only professional but personal, ensuring that every legal document and need was carefully addressed. In my particular circumstance, Kandace was able to preserve certain assets of the estate and relieved me of the enormous burden of compiling complex detailed financial matters in preparation for Medicaid. I underestimated that scrutiny of the Maryland Bureau of Long-Term care. Kandace and her team were scrupulous in making sure every detail and requirement were met. Despite the complexity of my particular case, the approval proceeded expeditiously and smoothly. Within two years of my mother’s admission to long-term care, my father became severely medically incapacitated. His mental clarity declined. As he approached the need for 24-hour care, it became apparent that he, like my mother, would require assistance in a long-term care facility. Fortunately, Kandace had preplanned this event, ensuring that all the legal documents addressed specific requirements far in advance of this event, considering both parents would eventually be incapable of making decisions. As my father’s medical condition made it difficult for him to visit my mother, he only wished that he could join her. Soon after meeting the medical criteria for long-term nursing care, my father was admitted to the same institution. The financial issues became more complex and demanding. Again, Kandace was able to preserve additional assets, meeting strict legal criteria and smoothly transitioned my father into long-term care with Medicaid. My father shared with my mother for almost 1 year while in long-term care until he died on April 12th of 2017. What I considered financially impractical or impossible came to fruition thanks to the effort, exacting diligence, and compassionate professionalism of Kandace and her team. The memory of my two parents together, holding hands, day by day, after 69 years of marriage, is embodied in my memory forever. Roman
This review is from a person who hired this attorney.
Hired attorney

We have worked with Kandace and her team for several years and have been extremely pleased with her legal guidance in Eldercare law. She put our family's mind at rest and made sure we understood exactly what our options were and how to implement them. She was able to help us apply for Medicaid approval for my Mother who had Alzheimer's disease and was going into a nursing home. Her knowledge and expertise were always just a phone call away and her timely response and follow-up were exceptional!
This review is from a person who hired this attorney.
Hired attorney

My family has been very pleased with the expertise and knowledge of Kandace, Criselle and the services of Frank, Frank and Scherr. We used them to guide us through the process of settling my parents' estate while my father was being approved for Medicaid and being admitted to a nursing home due to Alzheimers Disease. I live in NC, my parents live in DE and my father now lives in a nursing home in MD. Kandace and Criselle were always quick to respond and kept me apprised before, during and after the process. We continue to use them each year for my father's annual Medicaid recertification. Highly recommend!
This review is from a person who hired this attorney.
Hired attorney

Kandace Scherr and her team are extremely knowledgeable and have always provided me with immediate and concise responses, detailed updates and well explained instructions. I have utilized the expertise of Kandace Scherr and her team on multiple occasions and I have and will continue to recommend Kandace and the entire team at Frank, Frank & Scherr to my friends and family faced with any issue related to Medicaid, Medicare and elder law.
This review is from a person who hired this attorney.
Hired attorney
See all reviews

Kandace is a compassionate, knowledgable and trusted advisor and colleague. She is passionate about helping her community and making the complex Medicaid process as easily understandable for our clients as possible. She is reassuring and a reliable source in the field of elder law. I fully endorse this attorney.