Protecting the rights of individuals who have been injured via no fault of their own.

Steven VanGrack has been extremely involved in government, community, and legal affairs. He served in the distinguished position of Mayor of the City of Rockville from 1985- 1987 and in 1994 was the Democratic candidate for the House of Representatives from the 8th Congressional District in Maryland. He has been appointed to boards and commissions by Maryland Governors Mandel, Schaefer, Glendening, Ehrlich, and O’Malley. He served on the Maryland Real Estate Commission for seven years which he chaired for four years. Mr. VanGrack was also president of MICPEL, the Maryland Institute for Continuing Professional Education of Lawyers.

Steven VanGrack graduated from Bethesda-Chevy Chase High School in 1966. He was co-captain of the football and wrestling teams and a member of the track team. He received his Bachelor of Arts degree in 1970 from the University of Maryland. Mr. VanGrack received his Juris Doctor degree in 1974 from the University of Maryland School of Law where he was a participant in the Asper Fellowship Program. In addition to working two years with the United States Department of Justice (primarily in the Civil Division, Appellate Section), Mr. VanGrack served as law clerk to the Honorable Joseph M. Mathias, Circuit Court for Montgomery County, Maryland.

Steven VanGrack is a former instructor at Montgomery College and a frequent speaker/lecturer to lawyers. His contributions to his community are recognized throughout Maryland.

Steven VanGrack has received formal education and training as a mediator and arbitrator. He has served as a mediator in the District and Circuit Courts of Maryland. 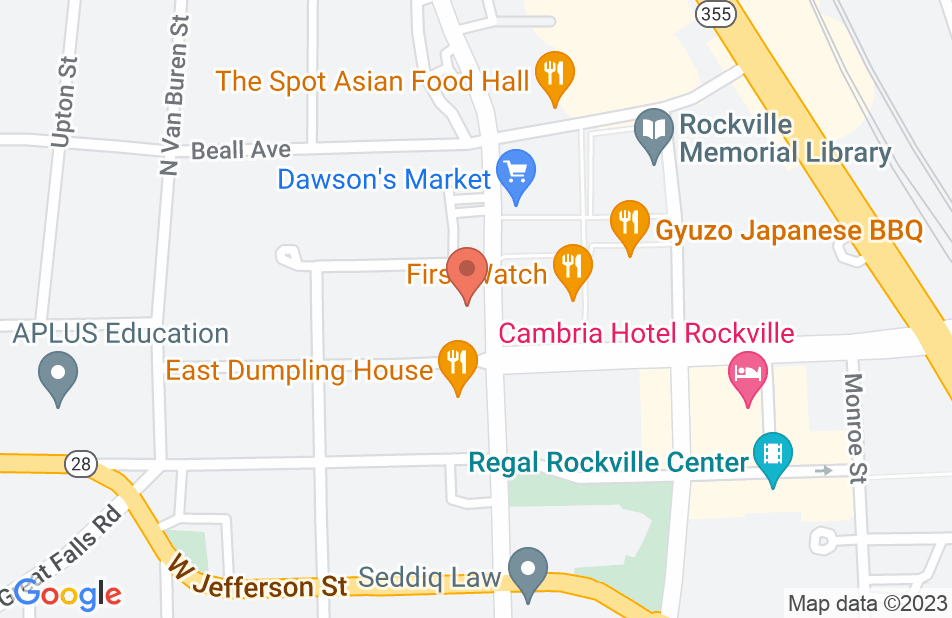 My husband and I hired Steven Van Grack to handle a car accident claim. We were extremely pleased with the work he and his paralegal provided and the results of their professional service for a positive outcome. Mr. Van Grack was very thorough and we were grateful to have him represent us.
This review is from a person who hired this attorney.
Hired attorney

Excellent honest lawyer who knows his stuff. He helped us with a personal injury claim from an auto accident. He did a great job in negotiating with the insurance company. He is very patient and explains things in simple terms. I've used a lot of lawyers in the past and he is the best. He was very honest about the financial split in the settlement.

I endorse this lawyer. I have known Steve for many years. We have worked together and on opposite sides of a case. He is an excellent lawyer, excellent litigator and above all else, a great person. He is a consummate professional.

I endorse this lawyer. Steven Van Grack has integrity, knowledge and experience to be a strong advocate for his clients. He interacts with all with professionalism, civility and commitment. He is a well-respected member of the bar.

I endorse this lawyer. Excellent litigator.

David Felsen, DUI and DWI Attorney on May 4, 2020
Relationship: Fellow lawyer in community

Steve is a very experienced, very knowledgeable and very good. attorney. I have known him for over 30 years. he is well respected in the community and always does a great job for his clients.