Phillip R. Zuber is a partner at the firm of Sasscer, Clagett & Bucher.

He has devoted much of his thirty years practicing law to the complex areas of medical malpractice (especially obstetrical, neonatal and emergency medicine issues), legal malpractice, electric utility accidents, catastrophic personal injury, and attorney disciplinary matters.  He has also acted for over twenty-five years as general products liability counsel for an international industrial manufacturer.

Mr. Zuber is a Fellow in the American College of Trial Lawyers, an organization for which  fellowship is extended only by invitation - after careful investigation - to those experienced trial lawyers who have mastered the art of advocacy and whose professional careers have been marked by the highest standards of ethical conduct, professionalism, civility and collegiality. Although there are currently more than 5,700 Fellows across the U.S. and Canada, membership can never be more than 1% of the total lawyer population of any state or province.   Mr. Zuber has served on the Maryland State Committee for the American College. (www.actl.com)

For several years, Mr. Zuber has been named one of Maryland’s “Super Lawyers,” or one of the area’s top professional liability defense attorneys.  In 2012, he was named by Super Lawyers one of the Top 10 lawyers in the Washington, D.C. area

Mr. Zuber currently serves with judges and lawyers on the Maryland Committee on Pattern Jury Instructions - Civil.  He is also a frequent speaker to doctors, nurses, risk managers, and insurance companies, on a wide range of medical and attorney malpractice related subjects.  In conjunction with the American College’s State Committee, he has participated in teaching a Litigation Skills Course to law students at the University of Baltimore Law School.

While based in Upper Marlboro, Mr. Zuber has had cases and trials throughout the State of Maryland.  During his career, Mr. Zuber has handled more than a hundred cases involving multi-million dollar claims.

Among his many community activities, Mr. Zuber served for over 10 years on the Board of Trustees for Bryn Athyn College as the Chairman of its Legal Advisory Committee.  (www.brynathyn.edu). 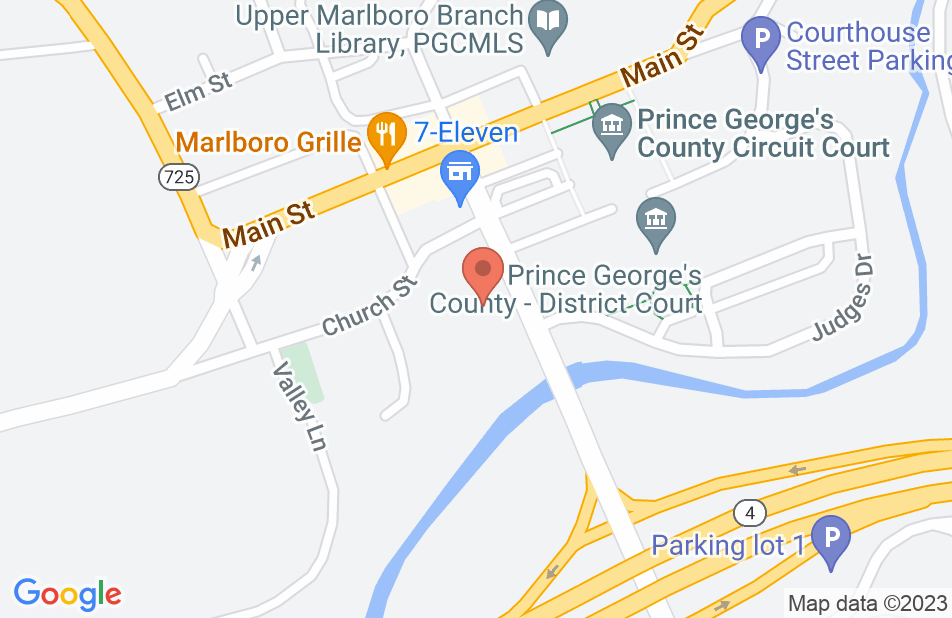 Mr. Zuber is the best around

I had actually hired another lawyer to pleade my case. My lawyer thought it would be best to bring in "the expert" and that was Mr. Zuber. My family had just sufferred a major tragedy and he was always so calm in getting us through it. I now live in North Carolina and our lawsuit was finalized 9 years ago. I still call on a Phil when I need a referral for an attorney in my state. He is the best, so I know he knows the best. Mr. Zuber was also facing a family tragedy at the time our lawsuit was going on. I didn't even know about it until our case was over. His compassion was always for us, not for himself. I recommend anyone I know in the Maryland area to use him. I will be forever grateful for helping us make the best out of such a terrible life changing event.

My family and I had the pleasure of having Mr. Zuber handle a very emotional case for us. He is a sensitive, caring, personable human being who we would highly recommend to anyone needing an attorney. He and his assistant, Joan, are extremely professional and quick to respond to any questions, needs, or concerns. Thank you Phil and Joan for helping us through a difficult process.

Phillip is an excellent lawyer with a superb reputation in the legal community.

I wholly endorse this lawyer's work. He has an uncanny ability in depositions to read closely the unspoken words which often result in silent pauses and to go beyond just "getting the facts," to actually resolve the case early on. Few lawyers have the ability to actually bring about dismissals in a manner which results in the opposing side actually believing they were wrong, Steady, solid trial techniques. If you have a civil litigation matter, no one will suit your needs better than this attorney.

Mr. Zuber is not only knowledgeable about medical issues but is a talented attorney. He can explain the most complicated medical issues to a jury in a matter of minutes. This is a rare skill among lawyers and one that he has clearly developed through decades of experience as a medical malpractice lawyer.

I used to work for Mr. Zuber and I consider him to be the sharpest lawyer that I have ever practiced with. Whenever he is involved in a major trial, I make a point of watching his arguments and cross examinations of expert witnesses. He is a gifted and brilliant trial lawyer.