Let me tell you a little bit about me, my experience and my areas of expertise.

I went to the Cornell Law School and have over thirty years’ experience representing individuals, workers and unions in federal and local trial and appellate courts throughout the country. I am committed to representing the interests and rights of employees and injured individuals.  I have extensive jury trial experience.  In addition to the District of Columbia, I have tried cases throughout the country, from San Diego to Seattle, Tennessee to Maryland, and in Richmond and Alexandria, Virginia.  I am a member of the Board of Governors of the Trial Lawyers Association of Metropolitan Washington, D.C.

Having been a trial attorney for a major labor union for nine years and then a partner in a labor law firm for another nine years, I have considerable experience in employment law, including wrongful discharge, sex, race, and other forms of discrimination, labor law, employee benefits, “whistleblower” cases, individual employment contracts, non-compete agreements and severance benefits.

Over the last fifteen years I have also developed expertise in toxic tort and other complex personal injury cases, especially childhood and workplace lead poisoning cases.  I have recovered well over $12 million on behalf of lead poisoned children.

In April 2000, a jury awarded a lead poisoned child and his mother whom I represented, $1.6 million after an eight day trial in the District of Columbia Superior Court.  Gomez v. Atlantic Realty, Civ. 97-1151 (D.C. Sup. Ct.).  That is still the largest verdict and recovery for a lead poisoned child in the District of Columbia.  As the parent of a disabled son, I have a unique understanding of what it means to have a disabled child and a special passion for representing injured or disabled children in lead poisoning and other types of cases.

In another case, I represented a group of people forced from their homes by a gasoline spill from a gas station that resulted in a multimillion dollar settlement in 2002.  In 2003, I settled a premises liability case for almost $2 million.   Of course, I have also represented persons in more commonplace personal injury cases, such as car accidents, slip and fall cases, assaults, and so on.  There is no cost to you to retain me—I only earn my fee, if I produce results for you.

I started as a litigation and trial attorney on the staff of the Air Line Pilots Association, the largest pilots' union, for nine years.  After that I joined a small union-side labor law firm in Washington, D.C. and was there for another nine years, becoming a partner there.  I then joined the law firm of Koonz, McKenney, Johnson, DePaolis & Lightfoot, one of the top personal injury firms in the area, and spent five years with that firm.  In 2004 I decided to strike out on my own and open my own law office where I continue to represent injured workers, children and other persons with personal attention, skill and dedication.

I am a graduate of the University of Pittsburgh, spent three years in the Army during the Vietnam Era, was honorably discharged, and earned my law degree from the Cornell Law School. My wife of twenty-three years, Lynne, much my better half, I and our two adopted children, Stephen, who has cerebral palsy, and Alyssa, live in Arlington, Virginia. 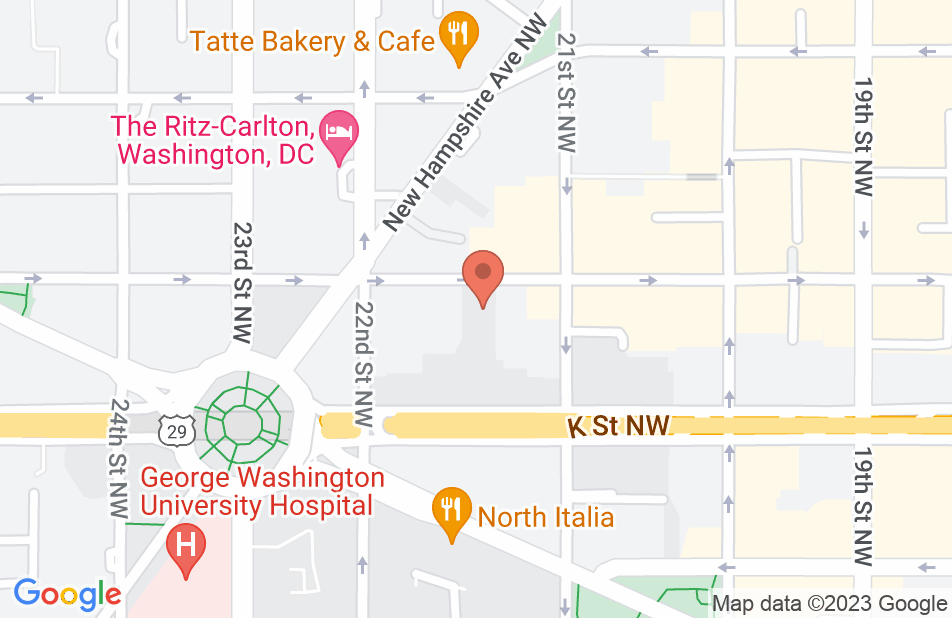 Not yet reviewed
Review Daniel Kozma

Lawrence Sherman, Employment and labor Attorney on May 20, 2009
Relationship: Fellow lawyer in community

I endorse this lawyer's work. Dan is a very capable, studious and hard working lawyer who has great analytical and trial skills