Laurie A. Amell, R.N., J.D. has successfully represented clients, both in trial and settlement proceedings, achieving record- setting recoveries. She has obtained dozens of six and seven figure verdicts and settlements in medical negligence, catastrophic injury, and wrongful death cases for over 20 years. She obtained an eight figure verdict in a brain injury personal injury case in D.C. Federal Court in December 2002. Ms. Amell blends her background as a registered nurse with substantial critical care experience with her relentless advocacy in the courtroom for those who have suffered devastating medical injuries in the Washington D.C. Metropolitan area.

Ms. Amell has specialized in complex medical malpractice, personal injury, and wrongful death litigation for 20 years. In addition to being a Past President of the Trial Lawyers Association of Metropolitan Washington, D.C. (TLA-DC) in 2009-2010, she was the 2007 recipient of their Trial Lawyer of the Year award. She has been named one of Washington's "Super Lawyers" and is listed in "Best Lawyers in America" for both medical malpractice law and personal injury litigation. She has been consistently listed as one of the top lawyers in D.C. by Washingtonian Magazine. In 2007 Ms. Amell was featured in Fortune Magazine as a premiere lawyer and in Washingtonian Magazine in their Women in Business section. 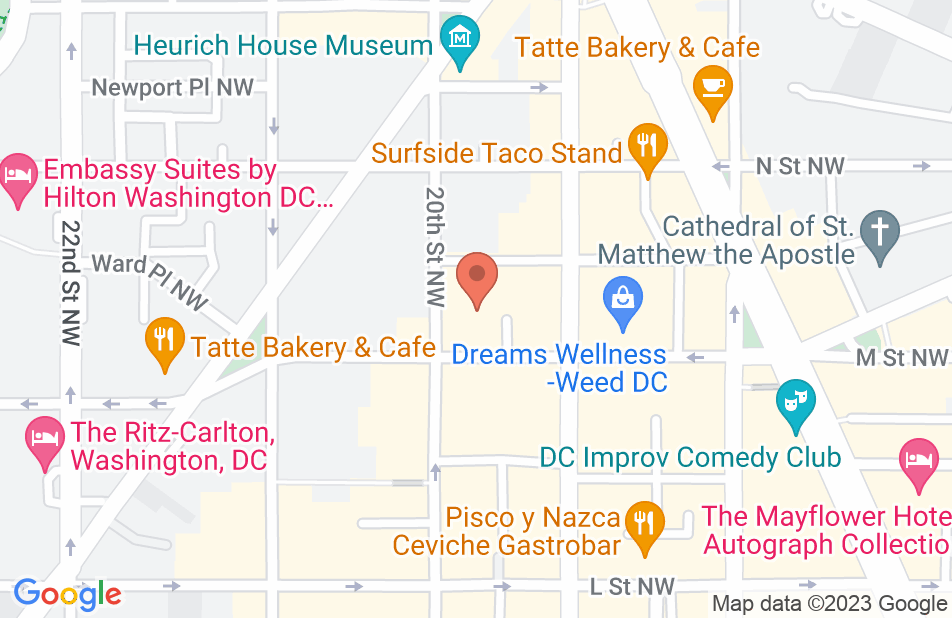 NO ONE COMPARES!! Laurie and team continuously exceed all expectations and define true excellence!

Laurie and her team have and continue to fight tirelessly in my case. Their expertise and willingness to seek out all resources needed to be informed in the highest degree have guaranteed the highest level of detail paid to my case. I never have to wonder where my case currently stands, as the open and frequent communication between her, her team and myself is exemplary. Laurie's combination of a medical and legal background give her a definite advantage in understanding her client's cases that goes unmatched by other attorneys I have worked with, and I am thankful to have her on my side!

Laurie has been helpful and very understanding with my case. She has kept me updated with all information as it changes. I am very confident and positive with Laurie handling everything for me.
See all reviews

Laurie Amell is one sharp attorney. Laurie and I have worked on several cases together. She is always well prepared and focused on the issues that must be presented. Laurie is able to comfortably speak to fellow attorneys and judges. She is able simplify complex medical and legal issues. Her competitive drive, combined with her personable manner, smile and grace, make her a winner. I most highly endorse Laurie Amell for any assignment she chooses to accept. Mike Abelson

Laurie is an extremely talented and effective attorney. She is highly regarded in the legal community and is very thorough in her case preparation, tenacious in her trial work, and honest and trustworthy. Her background in nursing provides her with the expertise to achieve outstanding results for her clients in very complex cases. I fully endorse Laurie.

I enthusiastically endorse Laurie Amell. She is a very conscientious and talented lawyer. Laurie works up her cases with attention to every detail and is a tenacious advocate for her clients.

With her studies in medical science, resourcefulness & sensitivity to the issues injured patients face in health care negligence cases, lawyer Laurie Amell is a terrific choice in catastrophic injury cases.

I endorse this lawyer. Laurie is a top notch medical malpractice attorney. When Laurie takes a case she has the litigation experience and the medical background to advocate for her clients to make sure that they receive justice. She works tirelessly for her clients and her results demonstrate that.