Mr. Ferrari’s main areas of practice are assisting clients to comply with and address issues related to U.S. economic sanctions. In this capacity he works extensively on issues arising before the U.S. Department of Treasury Office of Foreign Assets Control (“OFAC”).

In his OFAC practice, Mr. Ferrari represents both private individuals and entities in various parts of the U.S. and in numerous countries around the world.

Mr. Ferrari actively writes on OFAC administered trade sanctions and has been published on the matter. In addition, he is often called upon by media outlets to speak on U.S. trade sanctions issues. He has been interviewed on OFAC related issues by CNN, Time Magazine, the Wall Street Journal, the New York Times, and the BBC. He is the founder and author of a U.S. economic sanctions blog: www.sanctionlaw.com.

Mr. Ferrari also has served as lead counsel in a number of civil litgation matters involving the federal government. Most notably, he has been involved in lawsuits against OFAC for SDN Reconsiderations, and for blocking of assets due to U.S. economic sanctions programs.  These representations include federal appeals of OFAC SDN designations under the Foreign Narcotics Kingpin Designation Act.  In addition, he has represented parties whose assets have been seized for forfeiture in part because of their alleged connection to parties on the OFAC SDN List.

Mr. Ferrari has served as lead trial counsel on a number of complex federal white collar defense cases. He is a seasoned litigator and also has a masterful understanding of both pre-trial and post-trial procedures.

Amongst other matters, Mr. Ferrari has successfully handled:

United States District Court for the District of Columbia

United States District Court for the Northern District of Florida

United States District Court for the Southern District of Texas

United States District Court for the District of North Dakota 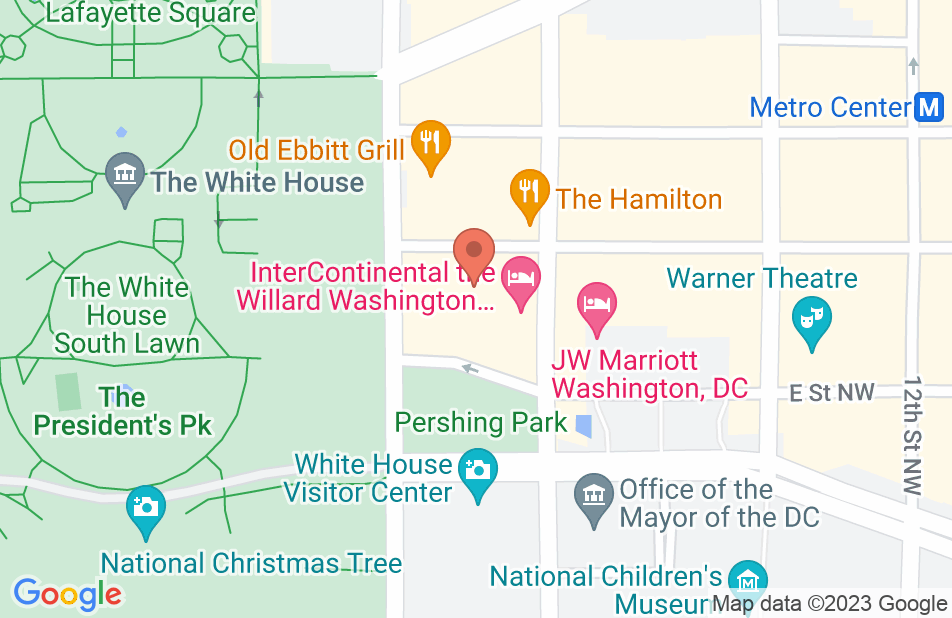 Mr. Ferrari was extremely knowledgeable and represented us with utmost professionalism throughout our case. He came to us highly recommended based on his winning record and he did not disappoint. Right from the beginning he was very thorough and diligent and always kept us informed. Mr. Ferrari was able to close our case successfully and we are forever indebted to him. We were very lucky to have hired him for our case and I would recommend him to anyone without hesitation. Well done!
This review is from a person who hired this attorney.
Hired attorney

I retained Mr. Ferrari's devices for a very close friend of mine. Erich was prompt, responsible, honest, creative, and always supportive. I recommend his work with no hesitation whatsoever. Thank you so much!
This review is from a person who hired this attorney.
Hired attorney

Our in-house legal department at Hyperloop relies on Erich for his expertise in international trade regulations. He is excellent and highly knowledgeable in this subject matter and a pleasure to work with.
This review is from a person who hired this attorney.
Hired attorney

Erich Ferrari has the expertise and knowledge of the OFAC license requirements and their expectations, where we haven't found anyone else as well versed in the area. He has guided us and has prepared all the needed documentation to obtain the OFAC license which was Granted. We're glad Erich has given the needed support and added his special touch to our application. I suggest for anyone looking for help to obtain the OFAC license to get in touch with Erich Ferrari and team as we found him very accessible and very helpful to achieve a positive outcome. ... Thank you Erich!

Erich is a superb lawyer. He is very knowledgable in his field. He responded to all of my questions and requests timely and patiently. He worked very hard to make it possible for our organization to start advancing and implementing its mission. He never quit even when it seemed close to impossible to resolve some of the issues. Working with Erich is effortless and fantastically stress free. I recommend him without reservation.

I hired Erich to assist me in transferring funds to a client in Syria. The transfer had been blocked by the Department of Treasurer, Office of Foreign Assets Control (OFAC), on the grounds that it violated the Syrian Sanctions Regulations that prohibited commercial transactions with Syria. Erich prepared an application for a license based upon the argument that the transfer was a personal transaction and not a commercial transaction. OFAC accepted the argument and issued a license. I would recommend Erich for any legal issues dealing with foreign trade sanctions. He was very knowledgeable about the law and the procedure; was diligent in presenting the application and following up with the agency; and was successful in obtaining the license. My clients and I were very pleased with his legal representation.

A review from GA.

Without his advice, we could have got to a big problem. His fees were reasonable as well.

Mr. Ferrari handled our case with great care and he was very knowledgeable. He was always responsive and provided great guidance. We highly recommend him for any OFAC related cases.

I’m not a US citizen and I live in oversea. About 2 years ago, I found Mr. Ferrari from the internet when I needed to hire a defense lawyer in the US for my fiancé who was then already been incarcerated and has no one there to help. I have chosen Mr. Ferrari by luck and till now, I’m very grateful towards Mr. Ferrari and his team for their help and support over the last 2 years! Mr. Ferrari is honest, responsible and sincere in all his dealings. We felt very comfortable working with him and are very satisfied with his service. Thank you so much Mr. Ferrari!

Highest integrity and most responsive lawyer I have ever worked with, and an OFAC expert

My family and I have been working with Erich on getting an OFAC license and submitting associated full disclosure. He has been truly great to work with. Always responsive to emails (including nights and weekends when urgent matter is at hand), very informative, and very trustworthy and high integrity overall. And everything worked out for us. I would not hesitate to personally recommend him to anyone with any OFAC related work.
See all reviews

Attorney Erich Ferrari is a powerful advocate for his clients. He is always prepared and very successful in the courtroom. The client who trusts his case to Erich makes a wise decision, and I highly recommend his work.

Erich Ferrari is one of the preeminent authorities on OFAC regulations and sanctions enforcement. He has a tremendous amount of experience advising clients and litigating cases in the area of federal regulation and criminal sanctions. He is generous with his time and is passionate about helping his clients. He is the kind of lawyer you want and can count on when you are navigating the difficult landscape of federal regulation. I highly recommend him.

Erich goes above and beyond what other lawyers do for clients and he gets very good results for them. If Erich is your attorney you are in good hands.

I have had the distinct privilege of knowing attorney Erich Ferrari since 2010. Erich is a great source of the US sanctions laws against Iran and has educated the Iranian-American community throughout the US in this matter by conducting numerous educational seminars nationwide. I have referred many clients to Erich with great results. He handles Federal Regulations and Federal Crimes cases with competence and success. One of Erich’s books on the laws of US sanctions against Iran is used as a reference and educational material by many other lawyers dealing with the US Treasury Office of Foreign Assets Control (OFAC) cases. I have been honored to be on a panel with him discussing the laws of sanction and found him to have a profound understanding of the law. In addition, Erich is extremely humble and possesses an exceptional human demeanor. Thanks for educating all of us, Erich. I endorse Erich Ferrari very strongly for the areas of law he practices.

Mani Dabiri, Criminal defense Attorney on May 22, 2013
Relationship: Worked together on matter

Erich Ferrari is an exceptional lawyer. I have watched him command an audience with his knowledge of the law and his ability to communicate it. He is a thoughtful, compelling counselor and advocate, and I endorse him wholeheartedly.

I endorse this lawyer because I find him to be highly ethical, extremely knowledgeable and above-all a very hard worker who earns his fee every time out.