Craig Huffman joined Eckell Sparks in 2001 and specializes in family law and Orphans’ Court litigation. Craig has lectured and presented extensively on a wide variety of family law topics, including child custody, child support, equitable distribution/divorce and protection from abuse matters. He is a past Chairperson of the Delaware County Bar Association Family Law Section and continues as Chair of the custody subcommittee. Craig has also served as Chairperson of the Delaware County Bar Association Orphans’ Court Rules Committee.

Craig has been the recipient of numerous awards, most notably the Nicholas D. Vadino, Jr. Memorial Award for significant contributions by a young lawyer to the organized Bar and the Pennsylvania Bar Association Pro Bono Service Award. He is also a member of the Board of Directors of the Delaware County Bar Association and previously served as an officer in the Guy G. DeFuria American Inn of Court. He has been recognized by Super Lawyers each consecutive year since 2013; and as a “Rising Star” by the Pennsylvania Super Lawyers’ publication for the years 2006 – 2008 and 2010 – 2012.

On a personal level, Craig resides with his wife, Sonya, and their five children in Chadds Ford Township, Pennsylvania. He is very active with his community, his church and autism awareness organizations. 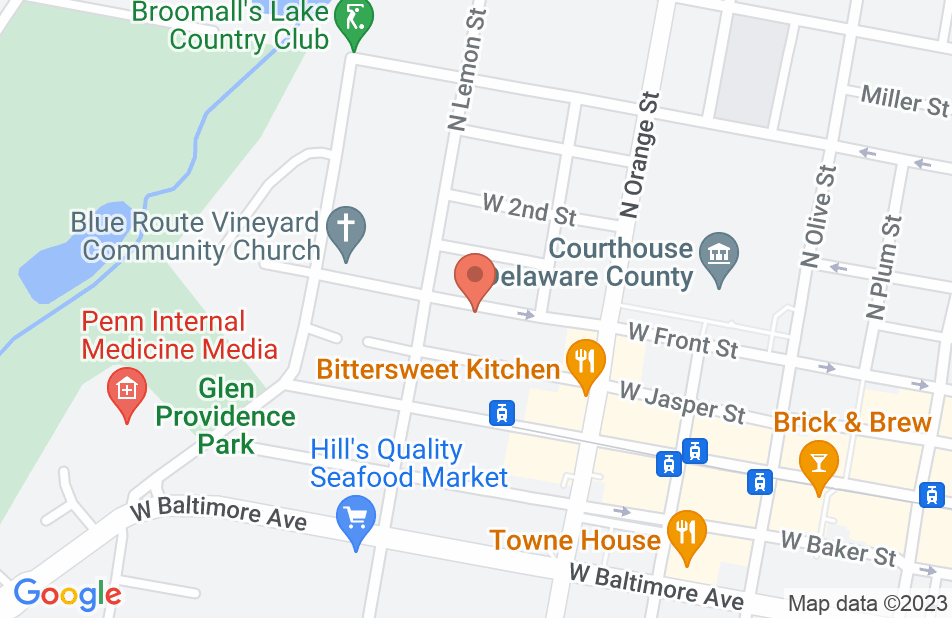 A Lawyer for Single Fathers that WINS

What can I say? My case was complicated . I relocated from a different state to Pa in a messy custodial matter where I was seeking 50/50 VS. what I currently had (Partial Physical Custody ) and Craig crafted the right strategy with how to approach the Chester County Judicial system and my case. Let’s face it, it’s not easy for Fathers. (Especially for those that are comming from a different state) Craig’s strategy humanized me in the eyes of the court and thus was granted what only 14 percent of Fathers have in this state : 50/50 Custody. I will forever be grateful . If you want actual results , hire this lawyer .
This review is from a person who hired this attorney.
Hired attorney

Craig Huffman is Results Driven and an Amazing and Brilliant Attorney!

Craig is so awesome, (understated), and took over my very complicated high income Child Support/Custody Case. He was well informed, motivated and results driven. He was extremely knowledgeable, passionate and articulate. He put things into perspective for me, and as a result, the results were highly in my favor, thanks to Craig's expertise and skill and knowledge. He is trustworthy, respectful, and well educated in the area of family and support law. I highly highly recommend him. Other lawyers were not able to understand my case as well as Craig. He charges fair fees and really works for your money. He saved me from a bad outcome and turned things around for me and my daughter!