Attorney Rocco V. Valvano Jr. is a 1997 graduate of Widener University School of Law, Harrisburg, where he received his Juris Doctorate Degree. He received his Bachelor of Science Degree from the University of Scranton and is a graduate from Scranton Preparatory High School. Following Law School, Attorney Valvano served as a law clerk to the late Honorable Richard P. Conaboy, Senior Judge for the Middle District of Pennsylvania before joining the Firm.

Attorney Valvano’s practice is focused on Real Estate, Wills and Trust, Criminal Law and Personal Injury. Attorney Valvano has also represented municipalities and municipal authorities during his career. He has served as a Lackawanna County Court of Common Pleas Law Clerk to the Honorable Robert A. Mazzoni and is currently the Solicitor for the Lackawanna County Performing Arts Center Authority.

Attorney Valvano has served as the co-chair of the Lackawanna County Real Estate Committee, Past President of the Scranton Prep Alumni Board of Governors and is also a member of The Society for the Preservation of the Tripp Family Homestead. He is admitted to practice in the Commonwealth of Pennsylvania and in the United States District Court for the Middle District of Pennsylvania. 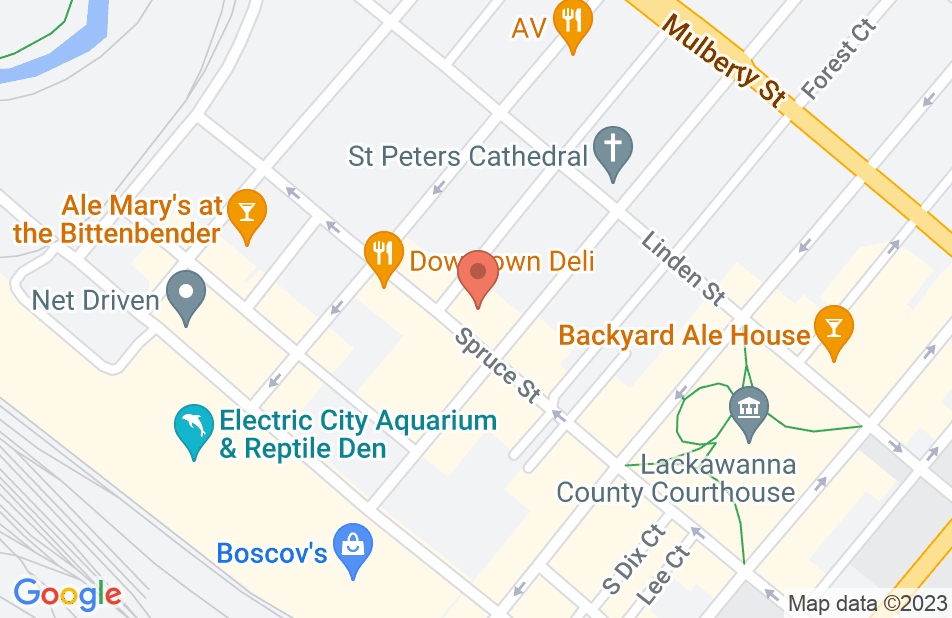 A Dependable and Professional Lawyer

Attorney Valvano Jr. went above and beyond as my lawyer. He always made the time to talk to me when I needed advice and was very prompt in returning calls and following through with information. I have a great level of respect and trust in him and would feel very comfortable seeking his counsel in the future.

Rocco was an excellent attorney got us to closing right on time..always emailed me back and when I had questions about our progress he didn't hesatate to answer me very patient and would definitely recommend usuing attorney Valvano Closing 3/29/18 Thank you attorney Valvano
This review is from a person who hired this attorney.
Hired attorney

This is actually the second time that I have hired Rocco and I could not be more pleased. I hired Rocco to represent me in the sale of my duplex rental property. Rocco is extremely easy to work with and was always very prompt in addressing any of my concerns or answering any of my questions. Due to the fact that the property had leases and tenants, I wanted to ensure that I was covered from a legal side and Rocco did just that.
This review is from a person who hired this attorney.
Hired attorney

Attorney Valvano did a great job assisting and handling the sale/purchase of our real estate. He was very efficient and detailed through both transactions, even when we had an issue with the first buyer. He handled the situation quickly that allowed us to close on our new home on time. We appreciate his service and we would highly recommend Attorney Valvano to handle your transactions. Thank you!
This review is from a person who hired this attorney.
Hired attorney

Attorney Valvano did an excellent job helping me with my real estate sale/purchase. The process was not an easy one, due to a number of unforeseen reasons, and also took a lot longer than expected to close due to those problems. I truly appreciated his time and patience with the process. I also had a lot of questions on the previous deed/parcels and he was patient explaining everything thoroughly so I would understand it. I would highly recommend him, as he was highly recommended to me.
This review is from a person who hired this attorney.
Hired attorney

I was interested in speaking with a lawyer about my pending home purchase, and I decided to reach out to Rocco. Prior to the closing, we had a detailed phone conversation regarding aspects of the purchase that were causing me to feel uneasy, and he took the time to thoroughly answer all of my questions and address each concern. Rocco also offered to review my closing disclosure, which gave me added peace of mind. Upon receiving the CD, Rocco gave me a call and walked me through the entire document. He also picked up on two possible discrepancies, and worked quickly to resolve them on my behalf. I truly appreciate the excellent service Rocco provided me.
This review is from a potential client who consulted with this attorney.
Consulted attorney

Atty Valvano has been my legal representative for the past 15 years. He had assisted me with all of my legal needs as well as closings on multiple properties. Rocco is always available to provide legal advise and make recommendations to guide me. I can honestly say, he has become someone who I trust and enjoy gaining advise from.

If your looking for an attorney that is honest, professional & charges a fair rate, look no further.

I own an Insurance Agency and have sent several clients to Rocco for closings on new home purchases. Everytime I sent a client to Rocco they returned with nothing but good things to say. He is very honest, professional and charges a very fair rate.

As a fellow attorney, I know Rocco as well as his outstanding reputation. I also know him personally. For this reason I selected Rocco to do my re-financing with Fidelity Bank. I was more than pleased with his professionalism and efficiancy. I highly recommend Rocco both as an attorney and fellow client.

I endorse this lawyer. Attorney Valvano is a highly-experienced Real Estate attorney who also provides a full compliment of related title insurance services. As an attorney who specializes in other matters, I refer all of my real estate and title work to Attorney Valvano. Most importanly, clients are always fully satisfied with his courteous, professional and competent representation.

A detail oriented real estate attorney that can ably guide clients buying or selling either residential or commercial real estate.

I endorse this lawyer. Rocco's expertise in Real Estate Law and Title Insurance is second to none. More importantly, he is attentive, courteous and prompt in giving good counsel to his clients.

Attorney Valvano is bright, eneretic, and profesdional. I strongly endorse this lawyer.