The Law Office of Hank J. Clarke provides exceptional criminal defense services in felony and misdemeanor cases in state and federal courts with the tenacity that only a former soldier can provide.

Every lawyer claims to be a fighter, but that doesn't mean anything if they don't WIN. Attorney Clarke is a proven winner in the courtroom, boasting an 80% ACQUITTAL RATE in criminal jury trials and recently being named one of the Top 100 Criminal Defense Lawyers in Pennsylvania by The National Trial Lawyers.

Attorney Clarke resides in Pottsville, Pennsylvania. He holds a Juris Doctor from Widener University School of Law in Harrisburg and was admitted to the Pennsylvania Bar in April 2009. He practices in Schuylkill, Carbon, Northumberland, Berks, Dauphin, Columbia, and Luzerne counties.

​He is also the subject matter expert on the Probate, Estate, and Fiduciaries Code in his capacity as Solicitor for the Register of Wills and Clerk of the Orphan's Court of Schuylkill County.

Prior to becoming a lawyer, Attorney Clarke proudly served as a 19D Cavalry Scout in the United States Army. He managed a group home for abused and neglect teenage boys. And, he worked as a supervisor for various residential treatment facilities for the better part of a decade.

​He is married and the father of three beautiful children.

​Attorney Clarke prides himself as being a leader in his community with active participation in a variety of non-profit organizations including: St. Joseph Center for Special Learning, Catholic Youth Organization, Little League Baseball, ASA, the Knights of Columbus, Kiwanis, the Espn Murphy Brightest Star in the Sky Foundation, and S.M.I.L.E., Inc. 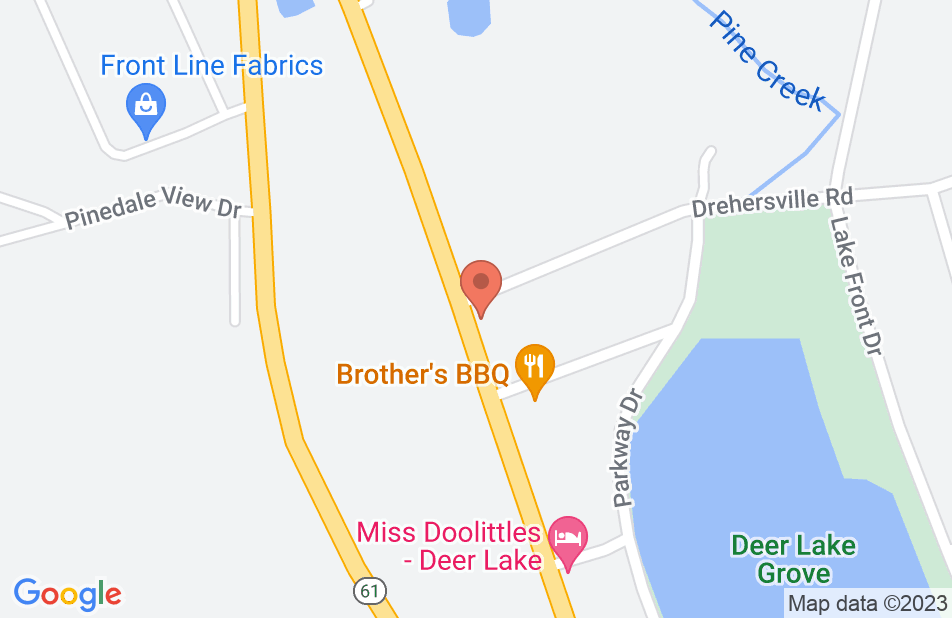 Attorney Clarke was well prepared to handle our case. He did a great job with the negotiations and made sure we understood the terms of the custody order. We are very pleased with the outcome.
This review is from a person who hired this attorney.
Hired attorney

My wife and I used Hank to represent us in a custody case that had us attempting to maintain custody of our granddaughter with a final order for primary, full physical and sole legal custody. Hank meet us (at our house) for the initial consultation, which was free. He also came to our house two days before the custody hearing to prepare my wife and I for our testimony and anticipated questions. He covered EVERY point that was needed to establish the PA rules regarding basis for custody. He also was able to highlight the ineptitude and negligence on the part of our daughter regarding raising her children. We were successful in meeting the burden established for grandparents seeking custody of their grandchild due to Hank's professional guidance, presentation and knowledge. His fees were very reasonable and he was the consummate professional. I highly recommend using Hank for custody related issues and would think he fits just add well for litigation and criminal defense cases.
This review is from a person who hired this attorney.
Hired attorney

Attorney Clark is very good and very helpful! I would recommend him to anybody who need legal help! Thank you attorney for helping me with my legal matter! I get to see my son now without conflict and just keep building to have my son more and more! Thank you!

Attorney Clarke was extremely professional and effective. He was very thorough and precise, while making all aspects very understandable to me. I feel secure in having him as my Lawyer in all cases, and confident to refer him to ANYONE in need of legal services.

My husband tried to take custody of my children after we separated. My ex had a high priced divorce lawyer, who holds no prisoners. Attorney Clarke was not intimidated in the least. He stood toe to toe with my husband's shark lawyer at trial and WON. Needless to say, I hired the better litigator, but paid half the price.

NOT Trustworthy Not Responsive NOT Knowledgeable and POOR Character

I hired this "Attorney" based on reviews from AVVO. At the time no negative feedback was there. The case was a self defense. My daughter brought a man into my home who I told politely to leave. Not at that immediate moment, but the next day. He was a convicted felon with numerous DUI;s, several driving without license, drug charges pending, and theft charges pending. He had served time previously for fraud, and lying to the Court system. SHE became immediately upset. Spitting, kicking, pulling my beard out in clumps. He ran to his vehicle to retrieve something. Obviously I was being assaulted and could not see what. I did NOT touch my daughter because she has had issues in the past of histrionic behavior. He came back in with his hand behind his back he stated that he was not leaving till my teeth were on the floor. I pulled my legally concealed 9mm, and pointed it in his face told him to immediately leave or I would kill him. They ran to their separate vehicles (remember I stated he has no license). They drove to the State Police, and told them that I pulled a gun on HIM. The following day I was contacted by the State Police in regards to this incident, (NO CHARGES EVER were filed). Then, the following day they went to a Magistrate and made another story where SHE was the victim. A Protection From Abuse Order was issued. They took more than 20 hunting and collectors guns from my home. Based on AVVO"s rating, I interviewed Hank Clarke. He informed me that he represented my daughter's children's father in both custody and an abuse case of her hitting him.Clkarke guaranteed that it was NOT a conflict of interest representing both him and I. Clarke also guaranteed me that I was fully within my Second Amendment Right's. Clarke recommended that I myself, go to Women In Crisis , and ask for a "PFA", because he couldn't do it, he was to busy that day. I was denied the "PFA". The next day at the hearing, Clarke asked for a continuance because he wanted to subpoena The Trooper, who was on vacation and my daughter's childrens father to show that my daughter has a history of abuse. She beat him so bad during one argument that he almost died. The Judge granted the continuance for 30 days. The Trooper came but her children's father did not. The bill Clarke sent represents he served him. There is no proof it was served. The trooper called my daugher a liar AND stated during the hearing she never mentioned me hitting her. As a "precaution", the Judge kept my guns in the County Sheriff's Department. They came back damaged. Clarke felt this was a win. He came out with thumbs up. Please consider my incident and the title of this review before EVER usingHank Clarke. I recommend using an Attorney from outside of the County you reside in for many reasons.
Hank Clarke's response: The alleged victim in this case asked for a two (2) year Protection from Abuse Order. However, following the hearing that the client references above, the judge saw fit to only issue a PFA long enough for her to remove her personal items from my client's property. It turned out to be 60 days. Unfortunately, those 60 days included rifle deer hunting season, which he was not able to participate in and was pretty angry about. Upon the expiration of the PFA in December of 2012, this client had his firearms returned to him. Whenever someone points a firearm at another (unarmed) person's face and gets away with a 2-month PFA and no criminal charges, I would indeed call that a win.

Don't be lured in by a low hourly rate. You will get more bills during your case when you have no choice but to proceed. This attorney is very unresponsive to phone calls and emails - very unprofessional. He misses dates to file and is unattentive to the case. I started a 'easy' contract case over 1 1/2 years ago and now it is stalled. I'll lose my money as no other attorney wants to come in and clean up his mess. He will not proceed unless more money is paid - that would make the 3rd installment. He has refused to fill out an I-9 form to report the money I have paid him for the past 2 years. This means, in addition to dropping the ball on the case, he's not reporting all his income to the IRS. It also means I will have problems writing off my payments to him as a business expense. Save yourself a major headache and pass on this attorney.
Hank Clarke's response: Unfortunately, the wheels of justice move slowly. Defendants in civil actions have certain constitutional rights such as a right to original service of process, the right to respond to the allegations made in a lawsuit, and the right to file motions with the Court. Sometimes, exercising these rights delays the prompt disposition of cases and adds unforeseen expenses to a client's bill. This client could not accept the fact that these delays were proper and no one's fault and then refused to pay for hours legitimately worked on the case. I was the third attorney she retained for this matter, with the other two firing her for lack of payment. So, I should have known better. Chalk it up to a lesson learned.