Brian P. Strong, a native of York County, is one of our personal injury and wrongful death lawyers. A graduate of the Mount Saint Mary’s University in 1990 and the University of Baltimore School of Law in 1994, Brian is an active member of the Pennsylvania, Maryland and York County Bar Associations and is admitted to practice in Pennsylvania, Maryland, the Federal Eastern and Middle Districts of Pennsylvania and before the Supreme Court of the United States.

Brian began his legal career by serving a Judicial Clerkship for the Honorable Michael J. Brillhart in York County. Upon completing his clerkship, Brian joined the York County District Attorney’s office where he prosecuted hundreds of cases ranging from misdemeanors to felonies and tried numerous jury trials. After his tenure as a prosecutor, Brian began his career as a civil litigator representing his clients on a variety of issues. Brian has been a member of KBG since 2002 and since that time has focused exclusively on cases involving personal injury and wrongful death. He has represented hundreds of clients through difficult times and has handled numerous jury trials and arbitrations, successfully achieving large verdicts for his clients. Brian is a member of the Million Dollar Advocates and has been named a Rising Star and a Super Lawyer by his peers. Brian is a highly respected Attorney who often gives seminars in this area to fellow Attorneys and Judges. Brian represents clients throughout Central PA and Maryland.

Brian has actively supported many of our community organizations. He is the former President of the York Little League. He has been a Scout Leader, Baseball Coach, Basketball Coach, served on the Boards of The York County Farm and Natural Land Trust, The 4th District Congressional Internship Program and The YMCA of York and York County. Brian is also an avid runner having completed numerous marathons. He is married and has a son and daughter. 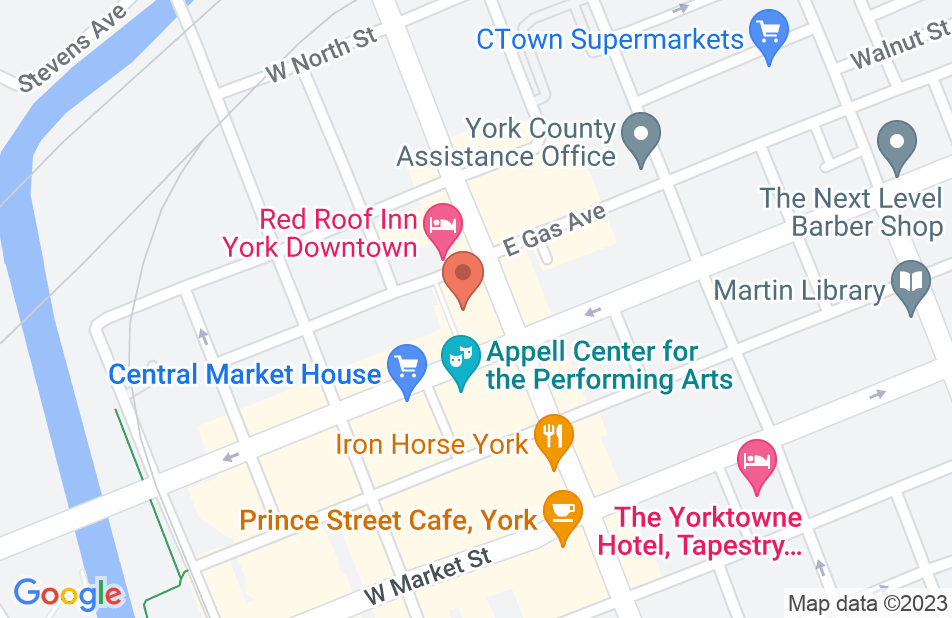 Atty Strong was exceptionally compassionate in working with us over that last year and a half after the death of our daughter who was the victim of a drunk driver. He patiently explained all of our options in terms that we could understand enabling us to make more informed decisions.

Brian is a skilled, highly respected attorney. I have referred many clients to Brian through the years, and they have always been pleased with his representation.

I have known Attorney Strong for many years. Attorney Strong and the fellow members of his firm, Katherman, Briggs, and Greenberg, are the premier personal injury law firm in the tri-county area. Attorney Strong knows exactly how to analyze a matter, explain it to his clients, and zealously advocate for the best outcome for his clients. I have also attended educational speaking engagements where Attorney Strong spoke to other lawyers on the topic of personal injury and have been very impressed with his professionalism and knowledge of the law. Anyone whom is in need of an experienced advocate would be well served by consulting with Attorney Strong. I endorse this lawyer.

I have known Brian for many years and refer all personal injury work to him. I have referred friends and family members to Brian and have sat in on the initial client meetings as Brian explains the court process. I have also seen the end results, and both the client and I have always been impressed with his knowledge, skill and successful handling of the case from beginning to end. I highly recommend Attorney Brian Strong.