I graduated with honors from William Paterson University, earning a B.A. in Political Science and went on to graduate from Liberty University School of Law.

I received the Liberty University School of Law Juvenile & Family Law Award and earned the Family Law Section Award from the Virginia State Bar Association. I served as a Court Appointed Special Advocate and was recognized by the CASA organization for my work in this field. 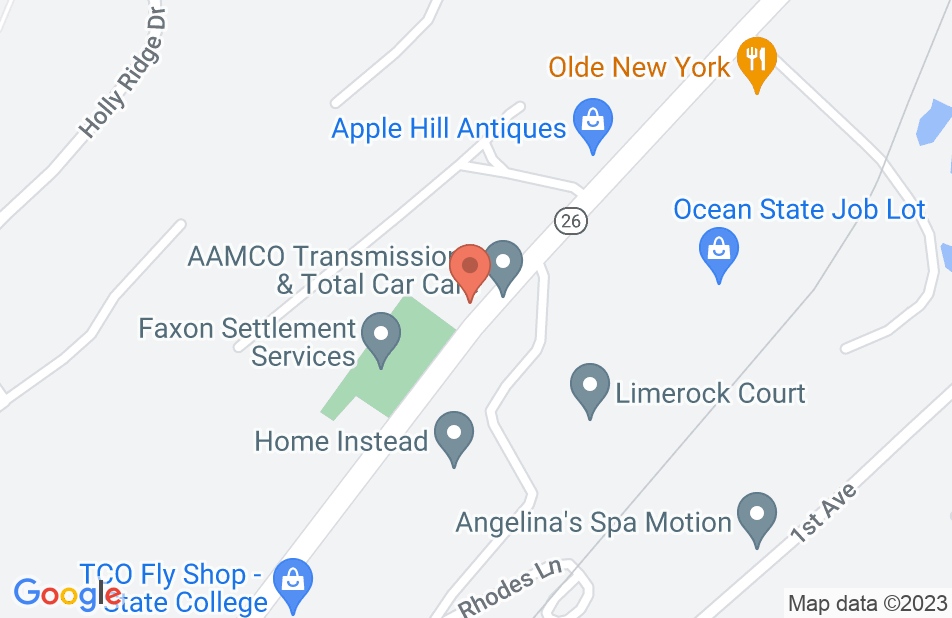 Initial consultation was the day after making a phone call. Barbara is passionate, engaged, thorough, and very knowledgeable. I then hired her and have been grateful for her services ever since. Highly recommended.
This review is from a person who hired this attorney.
Hired attorney

Very pleased and would highly recommend

I came to Barbara with a custody matter that needed handled quickly. She was eager to help and listen to my specific situation. She came up with an action plan that I was happy with and stayed on top of communication when I had concerns/questions. Barbara was very nice to work with and knows what she's doing. I would (and will) highly recommend her to others that are seeking legal help.
This review is from a person who hired this attorney.
Hired attorney

Very professional and kind. She makes herself available and cares about her clients. She is informative and discloses all options available. Barbara goes above and beyond what is required of her. I couldn't have asked for anyone better.
This review is from a person who hired this attorney.
Hired attorney

I would recommend Barbara Topinka without reservation for all child custody cases.

Barbara has represented me in a series of difficult and challenging proceedings for my unique child custody case. She is so attentive to details, listened to me and addressed every point clearly taking the time to explain things step by step. I feel so confident with her on my side. Barbara is bright, well informed and creative lawyer, she also has empathy and amazing ability to make her clients feel respected and cared for. Mrs. Topinka is the right choice, she is very knowledgeable and compassionate with her clients! I am glad to have her as an asset and would recommend her to anyone going through a family law issue.
This review is from a person who hired this attorney.
Hired attorney

Exactly what we needed

Attorney Topinka was wonderful to work with. She was totally invested in our case and provided excellent guidance and help. We are very pleased customers and would recommend her as a great attorney to care for your individual needs.
This review is from a person who hired this attorney.
Hired attorney

Barbara assisted with divorce and college trust funds for children. Proceedings were stalled by other parties and Barbara efforts accelerated the divorce to completion. She a very knowledgeable, caring and puts her client first. Barbara would update us by email even on off hours . We enjoyed working with her and felt very comfortable. If we need a lawyer in the future we will call Barbara again.
This review is from a person who hired this attorney.
Hired attorney

I am a professional Therapist and teacher. I have met many attorneys in my career. Some that are of great quality, some that are of poor quality. I live quite a distance away from the State College/ Bellefonte area. However, my niece lives in the county in which Attorney Topinka works. My niece had lost custody of one of her son's after making an immature mistake and marrying an abusive man. The man she married abused her but not the boy. Her son was then given to her son's immature and irresponsible father, to whom she was never married. He had custody for a year and had a responsible and caring live in girlfriend who took care of the boy in an average but sometimes questionable manner. After her son was removed from her home, my niece immediately left this husband and hired a "free" attorney. This "free" attorney did nothing. Filed nothing. Made no progress. It was approximately one year later when the father of this boy, and his live in girlfriend were married. One month later, they split and she left. The boy's father began to increasingly neglect and physically abuse the boy. He came to school without having eaten, bathed, or even changed clothing. The school officials were attempting to contact CYS. 3 reports of abuse were made. The "free" attorney did nothing. This is when I hired Attorney Barbara Topinka. I could not tolerate my niece's attempts to have her son returned to her without assistance. Attorney Topinka, began working immediately. She set up a family court review, to which the boy's father did not show. After 4 days, the boy was beaten for a second time, by his father. Attorney Barbara Topinka advised us to take pictures of his bruises, gooseegg over his eve, cut next to his eyebrow and split lip. We followed her instructions. This 6 year old was returned to his mother's custody. He was being treated well by his mother. He was being fed, taken to school regularly, taken to the doctor when he had an ear infection. The end result, after only a 4 month period, is that the irresponsible, abusive father has not been showing up for visits. The boy is happy and healthy and no longer petrified. This 6 year old boy's school work improved 10 fold. His confidence has skyrocketed and his relationship with his mother, younger brother and extended family (on his mother's side) Has reunified! I have NO DOUBT that Attorney Barbara Topinka's professional work and expedient involvement in this case, saved my grandnephew's life! He was 38lbs when she first began involvement. He is now 59 lbs. Our family thanks God for Attorney Barbara Topinka's involvement. Any accusations toward the father in this case are supported by letters from the school to the court, as well as the court record. Thank you for allowing me to comment on Attorney Barbara Topinka's work! It might not be supported by anyone other than our family members and the school. however, we believe Attorney Barbara Topinka is an angel that we all prayed for! Sincerely, Thankful Grandaunt

I endorse this lawyer. She is a skilled attorney who cares deeply about her clients.

I've worked with Barbara for several years, she is of the highest caliber of attorney. She has fought many complex battles on her clients' behalf with integrity and dedication.