Born in Meadville, Pennsylvania on June 11, 1954. Resides in Meadville with his wife, Mary Ellen. Mr. Pepicelli has been admitted to practice before all state and federal courts in the Commonwealth of Pennsylvania since 1979. He has practiced law with Ted Watts for the last 37 years, and in 1991, he and Ted Watts formed the Law Firm currently known as Watts and Pepicelli, P.C. Mr. Pepicelli also served in the Public Defender for Crawford County in the early 1980’s. 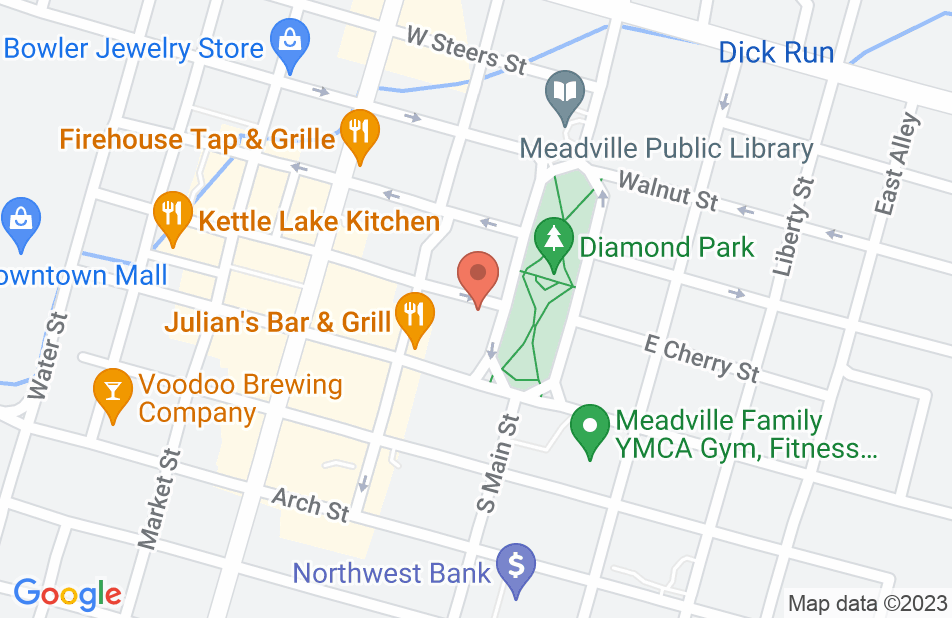 We came to Alan with a personal injury case involving my father. After thoughtful review and research, he took on the case. While Alan kept my Mother and Father up to date as the case progressed, he was very generous with his time in letting me (an out of state daughter) call in for status and explanation as well. He worked hard and had to deal with two insurance companies as well as medicare. We were grateful and trusted his pace and strategy. We benefited from his efforts with an award that we were more than satisfied with. He's a trustworthy man and it was a pleasure working with him. I want to make note that his staff was very warm, gracious and more than helpful. What a bonus!
This review is from a person who hired this attorney.
Hired attorney

COULD NOT HAVE FOUND GREATER LEGAL ASSISTANCE!

In 2015 I sustained a life-changing fall because of snowy sidewalk negligence on behalf of a retail merchant. In addition to the new burden of intense pain, I soon was overwhelmed with a blizzard of health paperwork such as ambulance, doctor and emergency room bills. I was to a point of going under from pain, plus stress. A friend had engaged Alan Pepicelli after her accident and heartily recommended him. I called and made an appointment. Little did I know at the time that my life had now taken a turn for the better! Alan listened with obvious care as I poured my pain and frustration onto his desk. I knew without a shadow of a doubt that this was the aid I needed. I engaged him as my counselor, leaving his office in a new cloud of relief. The blizzard of paperwork now rested on his desk--not mine! While he promised nothing, Alan began to guide my case with such obviously skilled legal expertise that my case progressed toward its excellent fruition, and I shall be eternally grateful at having found Alan Pepicelli
This review is from a person who hired this attorney.
Hired attorney
See all reviews