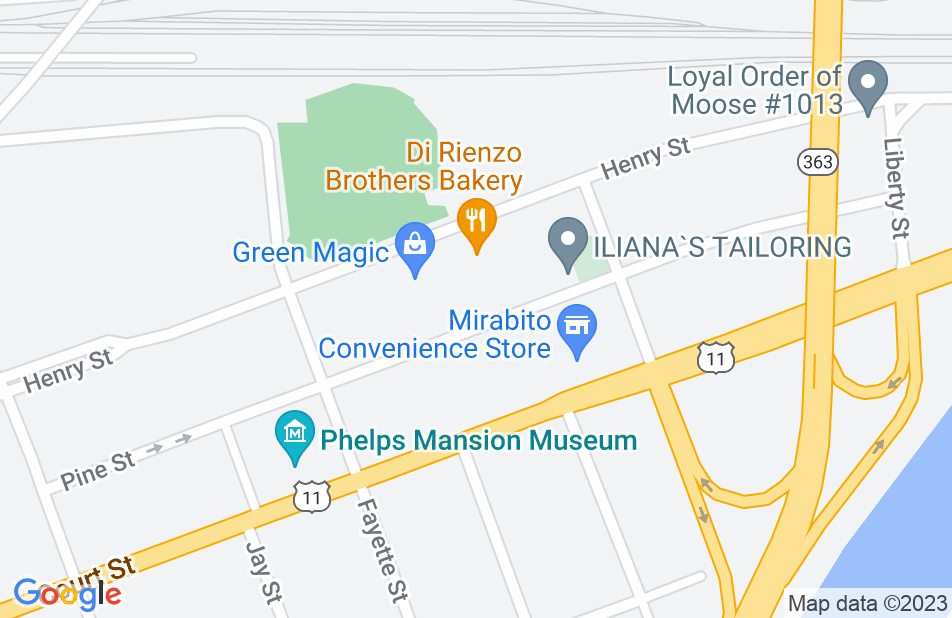 Mr Benjamin has been my Attorney for two separate cases. I have known him since early 2005. He handled both of my cases accurately and with good ,fair results in my favor. His litigation skills in court were impeccable. Not at anytime did he smell of alcohol or was drunk. He can't stand the smell of cigarette smoke. His office desk had a stack of files on one side and a stack of exercise and nutrition guides on the other. I found him to be interesting, respectful, client focused and very knowledgeable to my legal issue.
This review is from a person who hired this attorney.
Hired attorney

I hired Ronald Benjamin to represent a criminal case. I paid him the fee for his services and he did nothing! For three days he called me to his office both at home and public office in Binghamton NY. His behavior was very odd, not to mention he said " If I have to go to trial in this case, my fee is $3500 more. We're talking five grand, can you swing it? " He told me this doesn't have to go to trial. But I am replacing the incompetent public defender Kevin Ridell. He called the court and did the necessary protocol to replace the public defender Kevin Ridell. He went to court and did nothing but repeat what the public defender said, and gave no defense whatsoever. On the third day he told the defendant in custody he withdrew from the case the second day in front of Judge Dooly without my knowledge or permission to do so. I asked for a refund of my fee for services not rendered and misleading, false representation, questionable remarks and gestures while meeting with him at his office several times. He is a convicted felon, tax evader, gambler, hustler and has had his license revoked many times. He said I paid him to go to court not as a defense attorney, but as a second opinion. He refused to give me a full refund and is clearly not an attorney at all. He's a known criminal. Warning: Do not ever hire this man. His background speaks for itself!
This review is from a person who hired this attorney.
Hired attorney

Lost my case on purpose drunk.

This lawyer is a drunk convict that actually lost my case drunk and he can not appeal to us supreme because they told him you can not ever come back to appeal court. He is the worst lawyer in USA.

Harmed most by my own lawyer-buyer beware

This is my honest opinion of this lawyer. My goal is to be factually accurate (any inaccuracies are inadvertent). Since his license was suspended (twice) his conduct has been deemed worthy of sanctions according to documents. HIT "MORE" on this page to see suspensions. I ran out of space 4 more. Ronald Benjamin botched my case so badly it was never heard with a string of procedural (paperwork) errors. He ignored the judge when given more than one chance to correct them. It is my opinion that he is incompetent or unethical/corrupt. I can't think of any other explanation unless his goal was to purposely sabotage his own client. I could not have imagined a worse outcome. I was prepared to not win but not for having a lawyer so incompetent my case wasn’t even heard. He apparently refused to correct his errors, thereby allowing the statute of limitations to expire. Problems with Benjamin’s conduct have been noted repeatedly. Here are some quotes from published doc’s and/or articles. This is not an exhaustive/representative sample. When sanctions are mentioned, they are in reference to Benjamin: “Attorney Benjamin’s failure to file opposition papers and otherwise comply with the Local Rules as a result of disorganization and miscommunication in his office cannot be justified or excused” “For the foregoing reasons, the Court further finds that sanctions are warranted. How ever, in light of the fact that Attorney Benjamin’ s failures have resulted in the dismissal of the action, the Court declines to impose sanctions at this time.” “Attorney Benjamin’s excuses do not justify his failure to comply with the Local Rules, do not constitute excusable neglect, and do not otherwise warrant relief under Rule 60” "The panel agreed with the District Court that while Benjamin’s actions were unwarranted and inappropriate, it was sufficient to award the entire disputed lien to Tejedor.” “ A special master instructed Benjamin to attend a meeting and to provide documentation in support of his position. Benjamin did not provide any documents or attend the meetings.” “Although Benjamin’s conduct was unwarranted and inappropriate, the District Court declined to impose sanctions on the attorney.” “Ronald Benjamin, an attorney for five plaintiffs has filed a legally incoherent interlocutory appeal with the Fifth Circuit against an administrative discovery order (Pre-Trial Order No. 28) issued by Judge Fallon" "After the hearings ended, the referee made detailed findings of fact and concluded that Mr. Benjamin's actions, "taken together, demonstrate a course of conduct on the part of Respondent intended to mislead, misguide, misinform, deceive, circumvent and confuse Court and counsel." The referee's report was confirmed by the Third Department as to two of the three specifications of misconduct, and Mr. Benjamin was publicly censured." Most people who file cases have already tried other remedies. By the time they are seeking counsel they are often vulnerable. Encountering an incompetent and/or careless lawyer can be the last straw. I understand that this lawyer has threatened to sue in response to negative reviews. You have a right to know about other people's experience. These quotes are not a representative sample but I hope this review encourages you to carefully investigate.