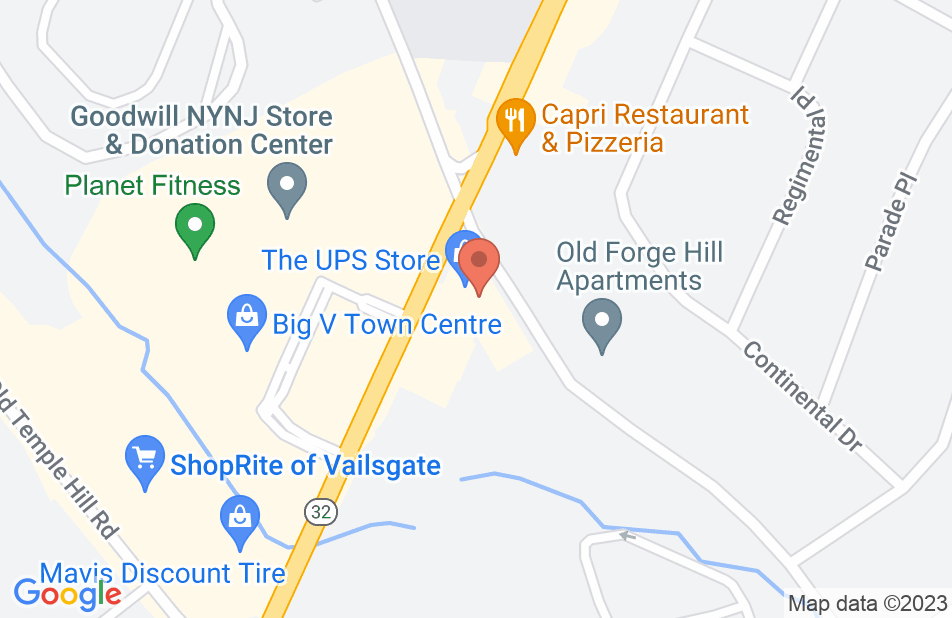 Mr. Taub was amazing he listen he followed up he did an amazing job with explaining everything and was always available always through email, phone, fax and mail I would truly recommend him he’s a Great Attorney my family and I truly appreciate him for all his help
This review is from a person who hired this attorney.
Hired attorney

Doug brought my probation violation case to the best possible outcome (under the circumstances) of continued probation. Doug kept me updated throughout with letters after every appearance including the last one. Doug is highly responsive to e-mails and phone calls. Throughout the process Doug explained everything thouroghly. He is also very caring and works as if you are his only client. I would highly recommend Doug for any criminal defense situation.
This review is from a person who hired this attorney.
Hired attorney

I hired Mr. Taub back in September. My daughter was arrested for drug posession. Mr.Taub repeatedly went to court alone b\c we live out of state. The outcome was the best it could possibly be. He was very responsive,understanding and priced very fairly. I would definitely recommend his services. Thank you Mr. Taub!!
This review is from a person who hired this attorney.
Hired attorney

I unfortunately ran into a major legal criminal debacle and during my arraignment was fortunate to have met this attorney. As an accountant I am very detail oriented and found myself quite impressed as to the methodology this attorney employs in assessing a case. He provides real scenarios, likely outcomes and can even predict what opposing counsel and the judge will say. He is very global in his approach to defending his clients and not cookie cutter by any means. My case in specific played out exactly the way he said it would and it was ultimately dismissed. This attorney is so respected that when he comes to court the prosecutor immediately wants to sidebar. In case you didn't know this is indicative of a very smart and savvy attorney. He returns all calls within the hour, responds to all emails, and will work with you on compensation. This is the best attorney there is. It is only advantageous for you to seek out this attorney.
This review is from a person who hired this attorney.
Hired attorney

doug taub really came through for me, he understood the law and provided excellent consul in my time of need. he is very easy to talk to and i highly recommend him.
This review is from a person who hired this attorney.
Hired attorney

DOUG TAUB, ESQ. Was referred to me by a friend and worked diligently to achieve the best possible results for me in my case. Not only was Doug preemptive and collecting information that may have been requested, he also went the extra mile to keep me updated step by step. Not only was he my attorney but a counselor of sorts. I greatly appreciated the work that he's done for me and would recommend him over and over again. If you find yourself involved in the case that seems impossible he is the attorney for you.
This review is from a person who hired this attorney.
Hired attorney

I had the privilege of consulting with Doug Taub and observing his work when he was assigned to represent an acquaintance I was trying to help. For many reasons, this defendant was a very challenging client to work with. Throughout the case, Mr. Taub was aggressive in his representation, thorough in his preparation, understanding and reassuring in his manner, patient and thoughtful in answering all of his client's questions, wise in his counsel, responsive to his client's needs and wishes, and skillful in his negotiations with the other side. He filed motions, carefully went through large amounts of documents (in one case with just a weekend to prepare after they were dumped on him), and was prepared for any eventuality in court. Even the judge, at the end, commented on how hard Mr. Taub had worked on the case. And while one can certainly never guarantee the outcome of a case, in this case the ultimate result was a far more satisfactory resolution (from the client's standpoint) than I thought possible. In addition, the comments previously posted (by Ziyad and by the Salems) match our own experience. I would recommend Doug to anyone.
This review is from a potential client who consulted with this attorney.
Consulted attorney

Attorney Taub was easy to talk, knowledgeable, and took the time to explain proceedings. I was satisfied with the time he took to understand my account of the case, and to give me his assessment. Attorney Taub took the time to explain the events of a court session, and then followed up in writing clearly noting court proceedings. Attorney Taub made a thorough examination of the case records/hospital records, and produced documents with careful notes and highlights. He was on time to appointments, and once made an early court appearance to secure priority to obtain a hearing before the judge. Attorney Taub worked within his quote and saw the case through. I would work with him again, and would recommend his services.
This review is from a person who hired this attorney.
Hired attorney

He is a very nice man, most attorneys are all about the hours and the money Not this man,,he took my sons case,will text me back when I needed a question answered even after 10 Pm Always showed up on time,filled us in on every thing before and after court,he really showed us that we are and my sons best interest are his priority Easy to deal with,clear on every thing I recommend him to all my friends and relatives
This review is from a person who hired this attorney.
Hired attorney

I worked together with Doug on a matter where he was the criminal defense attorney. He is bright, thoughtful, a strong litigator and respected by both the bar and bench. I highly recommend him, as I know his client was also very satisfied as well.

Doug Taub is a very knowledgeable attorney who will fight aggressively to protect your rights. I endorse him without reservations.