I have wanted to be an attorney since I was a little girl.  I love figuring out how to make the pieces of a puzzle fit togethr to get the best possible outcome for my client.  The world of business is often overwhelming and complex, I find that most clients think they understand what is happening but they in fact only have just scratched the surface.   I enjoy being able to make the process easier for my clients.  I have a unique focus on fitness and the fitness industry as my spouse and I own a personal training studio.  We live in upstate New York with our dog, Louie. 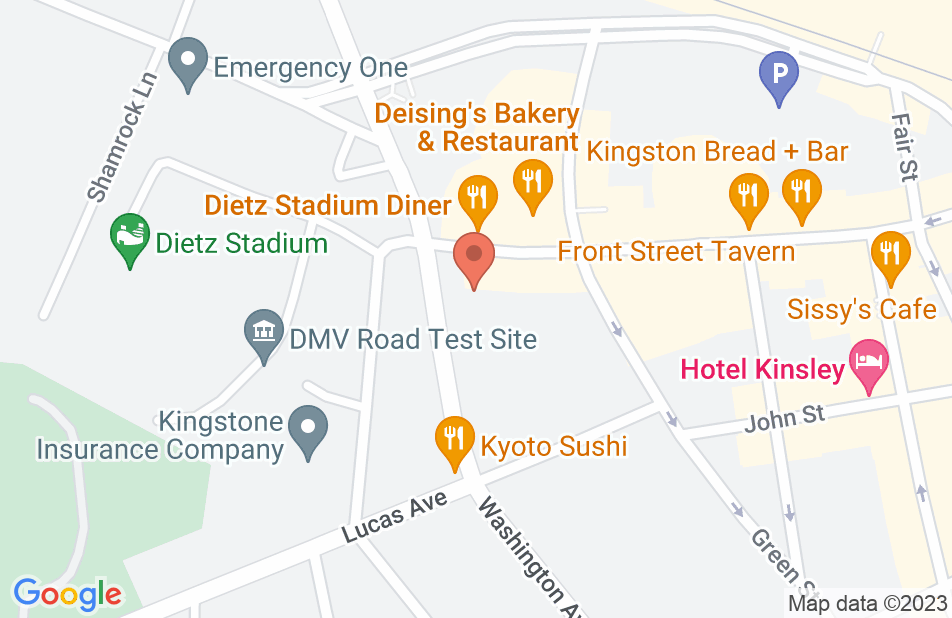 I do not reside in the State of New York and needed an Attorney to represent me to retrieve funds owed to me from a Real Estate Development Project in New York State. Ms. Ingram came to my attention by a referral from an out-of-state attorney and I have found her to be Discerning, Levelheaded and Responsive with handing my case to date. Ms. Ingram reviewed my case details discerning the defensible from the emotional facts. This caused the defendant to respond to my allegations for breach of contract, breach of fiduciary duty, unjust enrichment, etc. Ms. Ingram is very levelheaded dealing with the opposing attorney and the Developers false accusations towards me, attacking her with unfounded truths. Ms. Ingram is persistently dealing the Development Company attorneys playing games of deniability, and then using delay tactics and intimidations to counter litigate. Ms. Ingram has dealt with each of these tactics with professionalism and concern for me. Ms. Ingram is very proactive and keeps me informed on each step of the legal twist and turns we face while in the pursuit of an equitable result for me. Ms. Ingram clarifies my question then answers them plainly with clarity. Would I recommend Amy Ingram…you bet I would.

Amy Ingram handle my complicated divorce. She answered all my question in a timely manner and was very accurate. She had a positive outlook on a not so positive situation. I was comfortable with her as my lawyer and would return to her for any other needs I may have.

I hired Amy as my lawyer when child custody, visitation and support issues. She always did her best to be available to answer questions, even if it wasn't right away. She'd get back to me within 24 hours. She never left me high and dry, always made appearances and meetings. She traveled between Kingston, NY and Troy, NY to make court appearances and even did what she could to schedule dates and appointments to cut down on travel costs. She also has demonstrated a professional commitment to giving her clients the representation they are entitled to. I was always happy with the work she did for me. If I had any complaint at all, it would be that she tends to talk very fast.
This review is from a person who hired this attorney.
Hired attorney

Amy helped us deal with a very complicated matter involving "stolen" college funds during my lengthy divorce process. She did an amazing job and as a result my children were able to attend and pay for college worry free.
This review is from a person who hired this attorney.
Hired attorney

Look no place else for a business attorney

When I first opened my personal training studio I had no idea all the legal issues behind how you set up your business. I did what most people do and did a simple DBA. Until I met Amy Ingram, I had no clue how dumb of a move that was. Ms. Ingram helped me form my corporation and set me up to own a safer business for myself and my future. She was a wealth of knowledge and if she didn't know the answers she referred me to someone who did. I use Ingram law firm for all of my business needs.
This review is from a person who hired this attorney.
Hired attorney

I didn’t have the resources to hire a lawyer because of a disability. I was in the middle of a custody battle with my abusive ex. I had previously been represented by several lack luster attorneys in the Kingston area. They only cared about billing the County for representing me and not about my condition or what I had to say. Amy was the only attorney who took the time to listen and explain the law and my rights. She went above and beyond what I expected from my appointed attorney. She was able to correct the lies my ex was saying with facts. She was able to reunite me with my child. She took the time to do her job and fight for me. I recommend Amy to anyone who needs the representation of a great attorney. None of us ever want to hire a lawyer but if you are forced to Amy is the one to call. On a side note… Everyone has a right to legal counsel no matter what they are accused of. That is what our justice system provides. Think if you were in the shoes of the accused? Weather rightly or wrongly… wouldn’t you want someone to advise you of your rights? To criticize an attorney for doing the act they were educated for and the oath they take as an officer of the court is ridiculous. Especially when they were appointed by the court to do so.

I gave one star because it's the lowest option to choose from, I wish I could pick no stars. As a new business start-up, we interviewed numerous attorneys and picked Amy based on our initial interaction. One of the biggest mistakes we've ever made! After we gave Amy $5,000 she was almost impossible to get in touch with, calls and texts went unanswered for days. She also messed up very simple incorporation papers. She also was going to leave our very important, messed up incorporation paperwork locked up in her office while she went on vacation (time was of the essence for our business and she knew it!). It was only after literally begging her in numerous texts and phone calls (that she ignored for half the day leading us to believe she had already left! we were totally panicked!) did she grudgingly leave our stuff taped to her office door. After she returned from vacation (which turned out to be for three weeks!) we heard absolutely nothing from her. Not "Im back!", not "Did the mess I left turn out okay?" not "Did you fix the mess I left?" not "I'm now available to fix the mess I left" not "How's things going guys?" Nothing! She did not return phone calls, emails or texts, nothing! She completely ignored us! She was asked to review extremely important business paperwork at our initial meeting and never did a darn thing about it, it was like she threw it away. Again, we were left to legally fend for ourselves after giving her $5k! After 2 demand letters threatening legal action for the return of our money she returned half of it claiming the rest for a bunch of souped up "services rendered". She literally did almost NOTHING for us and kept our $2,500! I have since spoken with numerous people about their similar experiences with her. I wish I had known just how unprofessional and lazy she was before I gave her our very hard-earned money so I'm writing this review in the hopes that I can save someone else's very hard-earned money from going down the Amy-toilet!
This review is from a person who hired this attorney.
Hired attorney

I met Amy Ingram shortly after she moved into Ulster County, and I am proud to call her a colleague. I've watched Amy earn recognition as one of the up-and-coming family law attorneys in the area. She is trusted by judges and gets a lot of positive feedback from her clients and her adversaries. She is a true professional and hard worker.