Alison Leigh Epilone, Esq., graduated, cum laude, from Touro Law Center in 2008 and is admitted to practice in both New York & New Jersey. Since her graduation from law school, Ms. Epilone has practiced primarily in the fields of matrimonial and family law. Ms. Epilone works tirelessly to provide her clients with compassionate yet zealous representation throughout all stages of their divorce and/or family law matter. While Ms. Epilone is no stranger to the courtroom, she prides herself on obtaining favorable settlements for her clients without the need for expensive, protracted litigation. Ms. Epilone has also prepared and argued several appeals before the Appellate Division, Second Department. Ms. Epilone’s winning decisions have been published in the New York Law Journal and she has also written several articles for the NYSUT Preventative Law Guide.

Ms. Epilone’s hours of hard work and dedication to her clients, law school and the practice of law have not gone unnoticed as she is the recipient of countless awards and accolades. Ms. Epilone has been nominated for 4 consecutive years to the Super Lawyers Rising Stars List (2014-2017), which is awarded to only 2.5% of the attorneys in the New York Metro area. She further received the “10 Best Attorney Attorneys Under 40” from the American Institute of Family Law Attorneys each year since 2015; and was selected as one of the Top Attorneys of North America 2015-2016 and 2016-2017 editions of The Who’s Who Directories. Her additional awards and accolades include the American Law Institute-American Bar Association Scholarship and Leadership Award; the Exceptional Contributions to the Growth of the Law Center Award; the Judge George C. Pratt Moot Court Alumni Association Award in Appellate Advocacy; 2012 Touro Law Emerging Leader Award; Alumni of the Month, July 2012; and was named one of Long Island’s Top Young Professionals in 2013. Ms. Epilone is also an active member of the Suffolk County Matrimonial Bar Association.

Mention that you saw her profile on Avvo & Ms. Epilone will provide a free consultation. 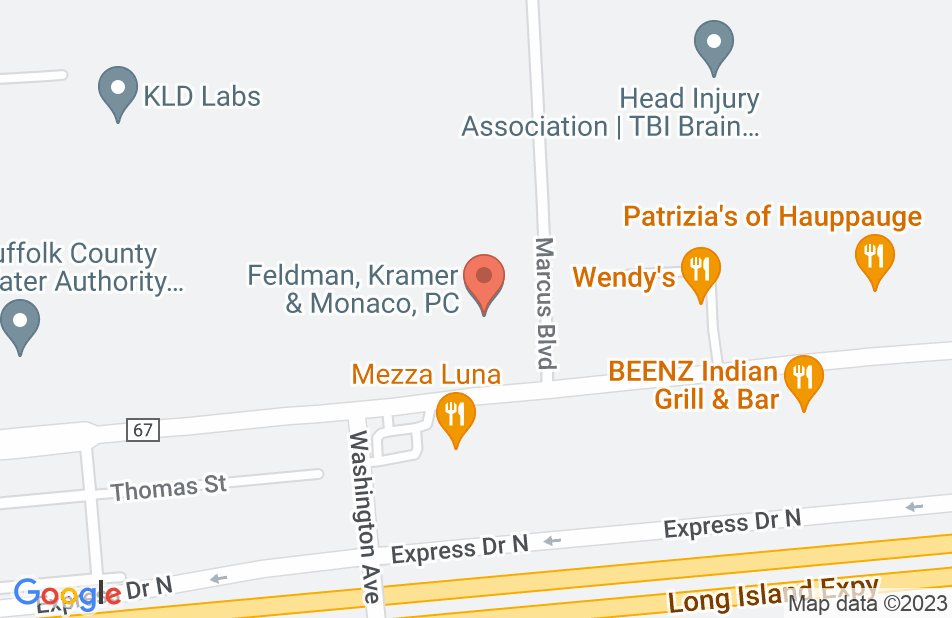 Wouldn't hesitate to recommend Alison as a divorce attorney, 10/10

My divorce was one of the most difficult times in my life. During a process that is fraught with conflict and stress, Alison was a guiding light in helping to secure a fast and fair resolution. She expertly navigated the court system and provided superb advice at every stage, delivered in a professional and compassionate manner. I was worried about the cost of getting divorced but her billing is very fair and transparent. Most work was performed remotely via e-mail and telephone, she is an excellent communicator so there was minimal need for in-person meetings. I never felt like I was kept waiting for a response. She was happy to provide advice to help myself and my ex try and figure things out ourselves before resorting to legal intervention which saved thousands of dollars & lots of stress. I'd not hesitate to recommend Alison's services if you are looking for a superb divorce attorney who will be an excellent and fairly priced advocate for you. 10/10.
This review is from a person who hired this attorney.
Hired attorney

Alison was more then just a lawyer. This was the most difficult time that my daughter and I had been through. The love between our family wasn't in question which made this a heart breaking situation. What started out as a legal separation turned into restraining orders, supervised visits and the 5% that lead to trial. Alison didn't tell me what "I wanted to hear" she told me what I needed to hear. She was more then professional at all times. Gave me insight into all the possibilities which was a breath of fresh air. This was not an easy case emotionally, financially and judicially. Alison advised me when to fight hard and when to compromise. I would recommend her to anyone going through a crossroad that ends in divorce.
This review is from a person who hired this attorney.
Hired attorney
See all reviews

Ms. Epilone is a brilliant advocate! You MUST always be prepared when she is your adversary because she is thoroughly prepared and has considered the case from every angle. I have overheard her with her clients and witnessed her compassion for their situations first hand. She is a true professional, an excellent attorney, a fierce adversary, and a kind advocate! Fellow attorneys, when you see her name, be sure to bring your "A" game.

I have had the pleasure of working with Alison first in 2006 through 2008 when she worked for my firm. Since that time I have had her as opposing counsel on a number of cases. Alison is a talented and skilled practitioner who fights aggressively and with conviction for her clients. She has an extensive knowledge of the law and is not one to simply take the easy road when it means fighting for what is right one behalf of those she represents. Without reservation I wholly endorse Alison Leigh Epilone. She has my trust, respect and admiration for her hard work and standing Throughout the local legal community.

Alison Epilone is a hard working and dedicated lawyer. She is respected by her colleagues and clients. It is always a pleasure to have a matter with Ms. Epilone.