Being arrested is scary. You need an experienced, aggressive attorney to guide you through.

Mr. Duffy is a former police officer for the City of White Plains, where he served in the Patrol and Detective Divisions, and is the recipient of 33 awards for excellent police work.

As the former Chief Investigator, for the Westchester County District Attorney’s office under Hon. Jeanine F. Pirro, he headed a squad of 38 investigators and was in charge of organized crime, financial crime, public integrity, and Internet sex crime investigations, among others. He was also in charge of the High Intensity Drug Trafficking Area (HIDTA) unit for Westchester County. HIDTA is a federal program administered by the White House Office of National Drug Control Policy. Mr. Duffy also ran the Westchester District Attorney’s Narcotic Initiative that conducted all major narcotics investigations county-wide.

As an attorney, Mr. Duffy primarily practices criminal defense law. He is an aggressive advocate for his clients, having defended successfully thousands of cases, true to the PortaleRandazzo form. In his last seven trials, not one client was convicted of a crime. While he handles all aspects of criminal defense, he concentrates on DWI/DUI matters. He has also successfully represented clients who have regained their New York State pistol permits that had been revoked by the courts. Mr. Duffy has successfully argued before the New York State Court of Appeals, New York State’s highest court.

Mr. Duffy has served as a board member for Operation Safe Streets, an entity of the United States Department of Justice, and as an Administrative Law Judge for the County of Westchester.

He is a pro bono Arbitrator for the City Court of White Plains, and is an active member of the New York State, Westchester County, and White Plains Bar associations. Mr. Duffy previously served as an adjunct professor for Monroe College and is a weekly on-air contributor for Westchester radio station WVOX 1460 AM where he provides commentary regarding current legal and law enforcement issues. Mr. Duffy also serves as a moot court judge for the Elizabeth Haub School of Law of Pace University. 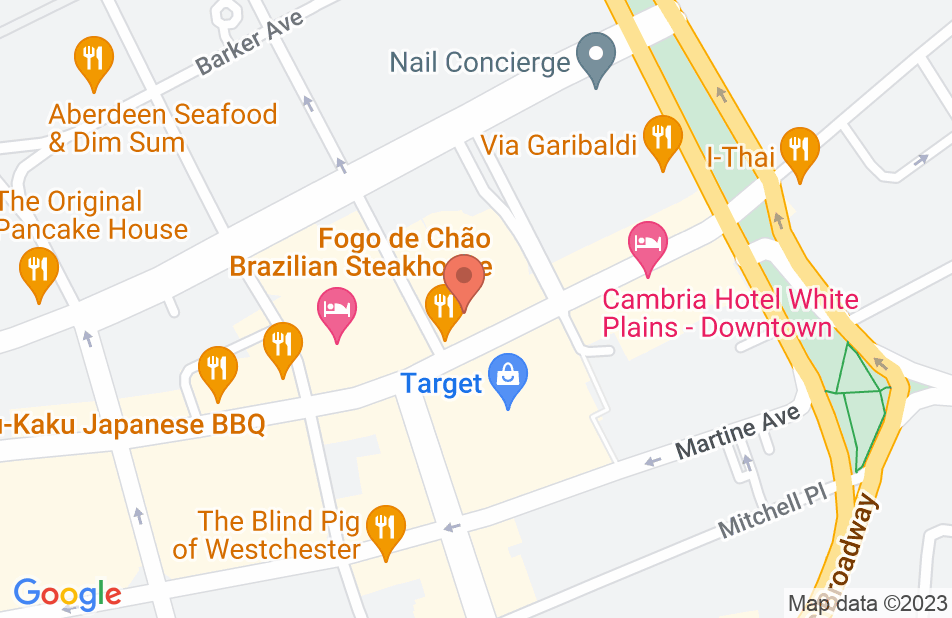 From the second I walked into Mike Duffy's office I knew I was in great hands. In very common terms he explained fully what I should expect how to deal with the case and follow up during court appearances. Mike knew every in and out of the procedure made me feel knowledgeable about the material myself and comfortable/confident in the outcome. I could always reach Mike whenever I had any questions in between appearances and he always made me feel comfortable in asking. In the first rounds of appearing in court I could just tell and feel that I had the best lawyer in the room and almost felt bad for everybody else after listening to Mike speak with the DA and judge compared to the other lawyers present that day. Most importantly we got the outcome we hoped for!
This review is from a person who hired this attorney.
Hired attorney

Mr. Duffy’s professionalism and expertises displayed to the judge everything that shined about me. His use of knowledge of my background and no priors plus an amazing career opportunity lead to having my ticket dismissed. I highly recommend Mr. Duffy!
This review is from a person who hired this attorney.
Hired attorney

Mr.Duffy was hired as my criminal defense lawyer, his expertise in criminal justice was straight forward, his knowledge and attention to my case was, awesome! Mr. Duffy is a lawyer I would recommend in time of any crisis dealing with our judicial system.
This review is from a person who hired this attorney.
Hired attorney

Professional, exceptional, quick analytical mind, best attorney I have had the pleasure to represent me.
This review is from a person who hired this attorney.
Hired attorney

Mr. Duffy was a calming presence during a difficult time. He was very knowledgeable and professional and took the time to explain all our options and educate us as to why. We had the best possible outcome and I would use him again. Highly recommend.
This review is from a person who hired this attorney.
Hired attorney

Mr. Duffy was very helpful with my case. He was efficient, informative, and fought for me. I completed the assigned requirements and my case was later dismissed.
This review is from a person who hired this attorney.
Hired attorney

Mr. Duffy did a great job with my case. He helped me understand what my options were. It was my first time going to trial and I felt very confident knowing he was defending me. He has a ton of knowledge about the law and I learned a lot from him while he represented me. He is great lawyer and a great person. I definitely recommend him, he will not let you down.
This review is from a person who hired this attorney.
Hired attorney

Mr. Duffy looked at me as not just a client or job, but as a person. He cared about the outcome of my case and fought hard to have the charges lessened. He always made time to return my calls or emails by the end of the day of next day. He treated me with kindness and respect. He would always talk to me, NOT at me or over me. A real gentlemen and excellent lawyer.

I endorse this lawyer. He is knowledgeable, has the requisite experience, and is a strong advocate for his clients. He is personable and I would highly recommend him.

Michael Duffy is an excellent attorney. He is also one of the most intelligent and ethical persons I have ever met. I wholeheartedly endorse him. If you need an attorney in the Westchester County area, you should seek him out.

I endorse this lawyer. I have worked with Mr. Duffy in several matters. I have always found him to be a knowledgeable and prepared attorney. He is well respected in the legal community.

I have had the privilege of sharing office space and working on a number of matters with Mike. He is an outstanding legal professional who knows the law and is thought of highly by judges. Mike uses his broad knowledge of the law and law enforcement to obtain the best results for his clients. I endorse him without hesitation.

I have worked with Mike for many years. We shared office space, co-counsel cases and consulted with each other many times. He is smart, experienced and well-liked by the Judges he appears before. I fully endorse this lawyer as an honest, experienced and effective advocate.

I endorse this lawyer's work. Mike is a fine lawyer, who works hard for his clients. Since supervising his work a few years ago, I have referred matters to him and worked on matters with him. I am consistently impressed with his solid, result-oriented performance.