In Asset Management Associates of New York, Inc. v. Emerson Telecommunication Products, LLC, 08-cv-2128 (U.S.D.C., E.D.N.Y.), Len successfully represented the seller of telecommunication products businesses in defense of post-closing claims asserted by the buyer, including claims that seller misrepresented the value of inventory as part of the sale. After defeating the buyer's claim for fraud based rescission of the entire transaction, as well as the agreement's arbitration provision (Asset Mgmt. Assocs. v. Emerson Telcom. Prods. LLC, 08-CV-2506, 2011 U.S. Dist. LEXIS 9434 [E.D.N.Y., Jan. 25, 2011]), the dispute was arbitrated in 2013 before a forensic accounting examiner. The Arbitrator ultimately rejected the buyer's claims for $3.9 million and found in favor of seller on its claims for a post-closing adjustment. On January 9, 2014, the Court entered Judgment against the buyer for $1.9 million.

Recent defense verdicts include Marchetti v. Branson Ultrasonics Corp., Case No. 126010929 (CT Sup. Ct., Danbury), where Len obtained a defense verdict after jury trial in May of 2014 on behalf of a global developer, manufacturer, and distributor of plastic joining, industrial cleaning, and ultrasonics processing equipment. The plaintiff claimed she suffered traumatic brain injuries and other damages resulting from an accident on the defendant's property. After trial, the Court granted directed verdict to the defense on 3 of 5 counts, and the jury then rendered a defense verdict on the two remaining counts.   Other recent appellate victories include Gray v. Denny's Corp., No. 12-4278-cv, 2013 U.S. App. LEXIS 18437 (2d Cir., Sep't 5, 2013)(reversing summary judgment awarded to Denny's restaurants on tort claims asserted by a patron who was criminally assaulted by a group of other patrons); Flores v. Velez, 111 A.D.3d 599, 974 N.Y.S.2d 134 (2d Dep't 2013)(reversing preclusion order in a case claiming negligent supervision of a church volunteer who allegedly committed sexual misconduct); Lisbey v. Pel Park Realty, 99 A.D.3d 637, 952 N.Y.S.2d 882 (1st Dep't 2012)(reversing summary judgment awarded to a building owner in connection with claims asserted by a tenant who was injured by a celing collapse); Spielman v. Grace Gospel Church of Suffolk, Inc., 77 A.D.3d 816, 910 N.Y.S.2d 105 (2d Dep't 2010), leave denied, 17 N.Y.3d 703, 929 N.Y.S.2d 94 (2011)(reversing denial of motion to dismiss claims asserted against a Church in connection with alleged adult sexual misconduct by a pastor); and Yeshiva Ohr Torah Community School, Inc. v Zurich Am. Ins. Co., 78 A.D.3d 686, 910 N.Y.S.2d 517 (2d Dep’t 2010)(reversing summary judgment awarded to an indemnitor in connection with the claims of indemnitee and its subrogee for reimbursement of defense costs). 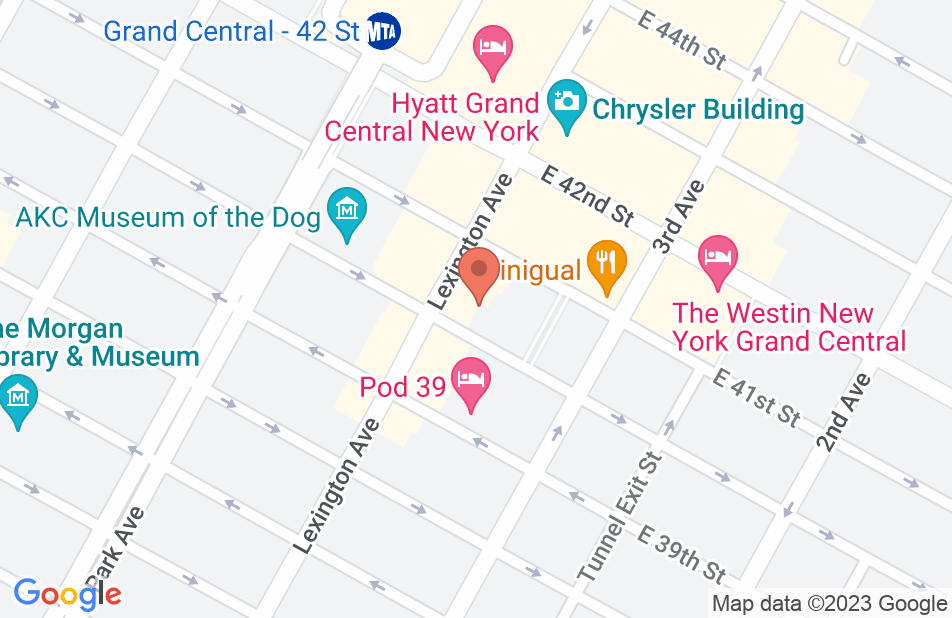 I have worked with Len for the past 7 years on a series of litigation and arbitration disputes related to a corporate divestiture. The process has been complex and very unique due to the opposing party's irrational behavior. Through the process Len has counseled us through all the dynamics involved to get to the conclusion. Len provided excellent legal counsel yielding very positive results. Personally as a business leader in a Fortune 200 company, I have enjoyed working with Len. Len’s professionalism, attention to detail and exceptional ability to explain the intricacies of the prevailing law and court practices has allowed us to plan and prepare the required support materials in a timely fashion in our otherwise very busy schedules. I would highly recommend Len Lesser and we will use him again. BGM

We started working with Len five years ago on a litigation defense matter that Len successfully resolved for one of our portfolio companies, and since then our relationship with Len has expanded to include work for four of our portfolio companies, as well as some work for the Fund itself. The range of legal matters that Len has handled for our companies includes litigation, arbitration, purchase agreements, general corporate matters, and employee contracts and matters. We absolutely and unreservedly trust Len in every matter that he handles for our firm and our portfolio companies, and he has earned the complete confidence of each of our investment professionals and senior portfolio company executives that he has worked with. Len’s judgment and advice are always on point and his diligence, preparation and execution are superb. We have been particularly impressed with Len’s execution in litigation matters – his judgment on whether we are on the better side of the argument has always proven to be correct and his tremendous execution in the courtroom has helped our companies achieve some spectacular victories in both litigation and arbitration against large and well-known companies and law firms. In addition, Len unfailingly has our best interests at heart – at all times, he is motivated by helping our companies achieve the best and most economically beneficial outcome possible. Since we were founded 15+ years ago, we have worked with many attorneys, some of whom have hourly rates that are double Len’s rates, and we now use Len on the majority of the litigation matters that our portfolio companies encounter because Len is the best general litigator we have worked with.

I have been in business for 46 years and spent the first 26 as a lawyer in private practice Thus I am extremely seasoned in the context of understanding the complexities of the litigation practice both as a practitioner and as a client. Mr Lesser is amongst the best litigators I have worked with in my entire career. I can recommend him without reservation to anyone seeking superb advice both outside and inside the courtroom.

Len was outstanding in solidifying our recent jury trial defense verdict. His professionalism and attention to detail left the jury with no other option but to agree with the reasoning of our case. Len left no stone unturned and was even able to convince one of the plaintiff’s own witnesses to agree with a key point in our case. Our company will not settle and in the end, the plaintiff got nothing. After all, my company did not contribute to the plaintiff’s irresponsibility. And in today’s society, that is reassuring. Believe me, I hope we never get into a situation like this again. But if we do, I will make sure Len is our attorney. As a business leader in a Fortune 200 company, I highly recommend Len Lesser. SWL

Len Lesser was instrumental in helping us build a rock solid case in our lawsuit against a then Partner. The case was very intricate and needed to be handled very diligently as it involved serious accusations as well as millions of dollars in assets. Len Lesser's strong case against the defendant(s) eventually lead us to a very favorable settlement. Len is always available for advise and is very straightforward. He confidently gave us his unbiased advice every step of the way, which was very helpful in making complex business decisions.

During my five-year tenure as CEO of Sports Information Group / Daily Racing Form LLC, Len Lesser has served as the Company's senior legal counsel and has consistently performed at the highest and most professional level. As outside counsel, Len has successfully led SIG's labor-related negotiations, facilitated contract and arbitration resolutions, managed M&A transactions, and overseen protection of our copyright/trademark and IP, to name a few areas in which Len has helped steer. Len brings deep experience across multiple areas of law, a balanced viewpoint, attention to detail, and a sense of urgency to getting the job done. I view Len as a trusted member of SIG's executive team and cannot recommend him more highly. JJH

Len, is a very savvy and professional attorney, and got to the heart of my issues very quickly. His expertise and experience were very evident though every step of the settlement discussions, which in the end, allowed me to avoid litigation. As a result of my initail experience with him, I have asked him to represent me again in another matter.

Len Lesser legal advice and services were instrumental in helping us resolve a complex trans-national dispute involving U.S. and Mexican courts. For our company, the case was a major issue that required quick grasp of complex precedents both in the U.S. and Mexico and navigating in cross-jurisdictions without negatively affecting proceedings begun by our firm in either country. Mr Lesser designed a compelling strategy that simplified to our advantage our case in front of U.S. courts while providing comfort and guidance to our Mexican lawyers. Through his expertise, legal efforts, and good guidance, we were able to reach adequate settlement with our counterpart -in spite of them being a financial Goliath. We fully recommend Mr. Lesser as a trusty and knowledgeable lawyer determined and devoted to his clients.

I have teamed with Len on a variety of litigation matters for over 20 years. There is no better ally to have on your side in a contested matter than Len. I highly recommend Len and his firm.

I endorse this lawyer. Len is an experienced and capable trial and appellate lawyer, quick thinking on his feet, and has a comfortable and confident courtroom presence in front of the judge and jury. He possesses the outstanding intellect, sound grasp of civil procedure, and broad experience to expertly handle almost any matter in litigation.

I have worked with Len for ten plus years on numerous complex matters in Connecticut. He is a highly skilled and conscientious litigator. Len knows how to aggressively litigate and to use his expertise in a manner designed to achieve the best possible results for clients. I highly recommend him.

Len is a consummate professional, a commerical litigator of the highest calibre and a zealous, effective and practical advocate for his clients. I would recommend him any any important business issue.