Michael D. Schaller was admitted to practice in the State of New Jersey in 1998. Michael dedicates his practice to criminal defense matters in both municipal and county courts. Previous to joining KKJ&M, Michael was a member of the New Jersey State Police and retired after 26 years of service holding the rank of Major and position of Chief of Staff.

Michael has represented clients in County courts throughout New Jersey charged with crimes including distribution of drugs, aggravated assault, robbery and theft. Michael also represents clients in municipal courts throughout Ocean and Monmouth counties for offenses such as DWI, driving while suspended, possession of marijuana, shoplifting and disorderly persons offenses. Currently, Michael serves as the Municipal Public Defender in Point Pleasant Beach and is a member of the Association of Criminal Defense Attorneys of New Jersey. Michael is also a member of the New Jersey Bar Association.

While serving in the New Jersey State Police, Michael was instrumental in obtaining compliance with a federal consent decree regarding patrol practices, including assignment as enlisted director of State Police Affairs, with daily interactions with federal monitors and the Office of the Attorney General. Michael testified before the New Jersey Legislative Black & Latino Caucus and Governor Corzine’s Advisory Committee on Police Standards regarding police accountability and risk management. As the Commander of the Office of Professional Standards, Michael oversaw all aspects of internal affairs, to include intake, investigation, and adjudication. Michael served as a reviewer for DOJ grant application process for early warning systems and was a contributor for a Police Executive Research Forum & Department of Justice publication on police supervision.

Michael is certified by the Police Training Commission as an instructor, provided instruction at pre-service, in-service, and advanced training on subjects to include Arrest Search & Seizure, Criminal Law, Discipline, Civil Liability, and Supervisory Issues to thousands of local, county and state officers. While assigned to the Criminal Investigations Section, Michael conducted a broad spectrum of investigations targeting conspiracy, narcotics trafficking & assaults. 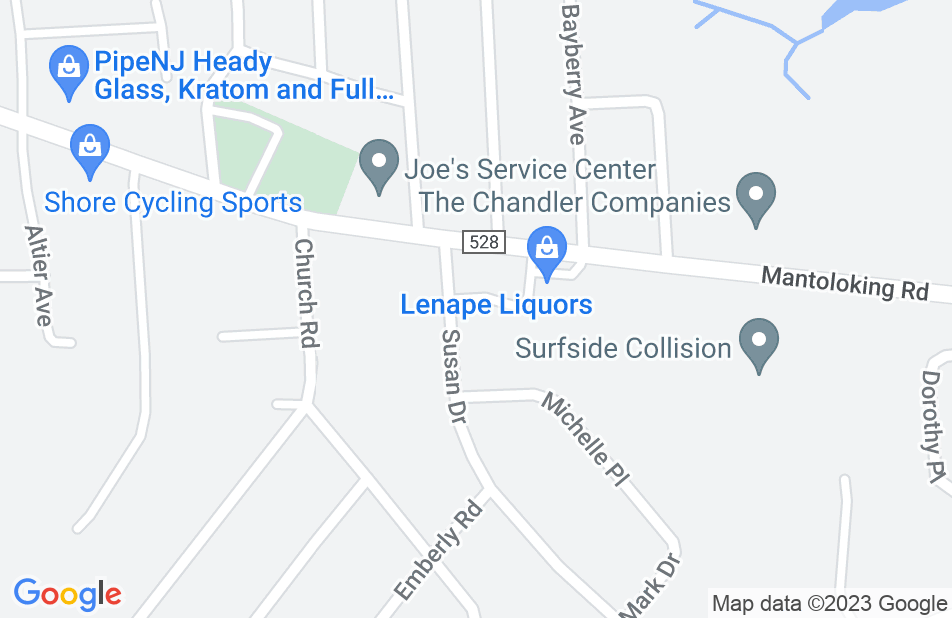 A little trouble could have been big trouble.

We needed an attorney to defend our son in a Paraphernalia Possession Crime Case. That charge being on a young persons record could end up being a big problem when applying to schools and applying for a job. Michael helped us through the entire process. We were debating the "need" for an attorney and we can honestly say, that after going through the process, we are extremely thankful that Michael was with our son. Michael kept us up to speed the entire way and the outcome could not have been better.
This review is from a person who hired this attorney.
Hired attorney

Mr. Schaller was an excellent attorney. He put everything into perspective and kept me informed at every turning point in my case with expected outcomes. Very informative, excellent knowledge and insight during my case. The best day was when I first spoke with Mr. Schaller I was a full time student, working full time with many questions and worried about my case. His response was one the I will never forget..."You need to stop worrying about this, your retaining me now to worry about this part of your life, take care of school and your family". From start to finish he was always available, professional and tremendous assesst on my team during this event in a very trying time of my life. For this I am extremely grateful.

He was a great lawyer. He always contacted me when he heard something new about court and always kept me in the loop I would recommend mike to any of my friends or family if they needed a lawyer

I could not be happier with Mr. Schaller's handling of my case. He came into my case already in progress and took the time to talk to me and keep me informed at every step of the process of resolving my case. I never felt like he was doing anything less than his absolute best to reach a favorable conclusion to my case. He made himself available for questions, responded to my calls and requests in a timely matter, took the time to explain complicated legal jargon to me in a way that didn't make me feel stupid. I never felt like I was signing anything or making any decisions without full knowledge and understanding of everything entailed. He definitely is in his client's corners and keeps them up to date on everything pertaining to their cases. Both he and Lisa (his secretary and KKJ&M) are exceedingly knowledgable, approachable and friendly. That might not be important to some people, but I was really scared and having someone knowledgable who I felt was on my side 100% was very reassuring and made a world of difference. I'm very happy with his attention to my case and would recommend his services highly!

Mr. Michael Schaller represented me in January, 2015. I feel I could not have made a better choice. He was always available for questions and concerns. He always kept me up to date with any information regarding my case. I felt very prepared when it came time to my hearing. He achieved very positive results in my case.

I was pulled over for moving violations (speeding, driving without a valid NJ drivers license since I had recently relocated to NJ), and I received summonses. A business colleague said Mr. Schaller had represented him and he highly recommended him. So I decided to contact Mr. Schaller. He answered my call immediately and spent some time discussing my options. I immediately felt I would be in good hands and I couldn't have been happier with the results.

Needed assistance and got Results

"Sometimes life takes you down unexpected roads and when I got a call from the police saying my son was going to be charged, I immediately called Michael Schaller. Not only did he handle it with the utmost professionalism, but he immediately made my wife and I comfortable keeping us well informed during every phase of the process and the best thing was the end result. Truly one of the best calls I ever made."

I endorse this lawyer. I have interacted with Mr. Schaller on many cases when I was a Municipal Prosecutor. Mike was always thoroughly prepared and vigorously defended his clients. Additionally, he carried himself in a professional manner and had the respect of Judges and fellow attorneys. Mike is a hard working lawyer who gets excellent results for his clients and I recommend him wholeheartedly for your legal matters.

I endorse this lawyer. Mike is a dedicated attorney who is always committed to getting the best result for an individual client. He has the experience and gravitas to get great results. He is a great attorney, and I am honored to know him both professionally and personally.