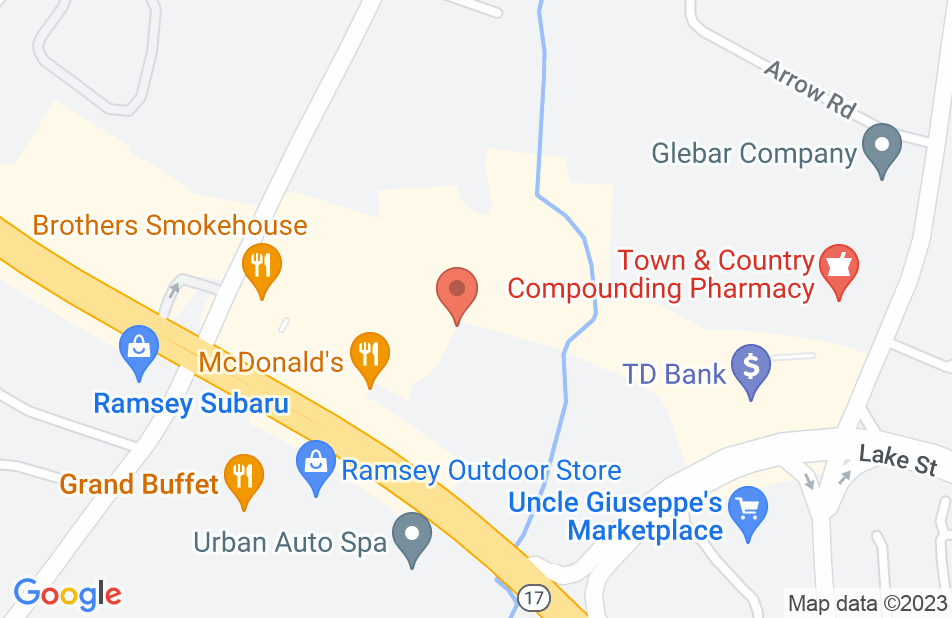 My Law Firm retained Tim Foley to oppose an appeal by a medical malpractice defense firm. Tim was responsive, completely on top of the subject matter and the appeal process itself, and wrote an excellent brief well within the time limits of Appellate Practice. Needless to say, we won. I expect to use Tim Foley on all of my appellate work, as my time is better utilized doing what I know best, trial work, and Tim is clearly the expert at the Appellate level.
This review is from a person who hired this attorney.
Hired attorney

Over the years on at least 6 occasions Timothy Foley has performed legal services for me and my family. He has gone above and beyond in getting me exactly the plans I wanted set up and making signings convenient. I would use no other lawyer.
This review is from a person who hired this attorney.
Hired attorney

Tim has been a client of mine for many years and I had an issue and the first person I sought out for advise was Tim. He gave me variable options throughout the entire process, was always readily available to speak and very knowledgeable in all areas of my case. I couldn't have asked for a better outcome and I appreciate all his efforts. He went above and beyond for me and that speaks volumes on the kind of person/attorney he is.
This review is from a person who hired this attorney.
Hired attorney

We met with Tim to discuss the documents needed to create an estate plan. He explained the documents and provided us with legal advice on the best way to create a plan to make sure our estate would be left to our children. He was patient and answered all of our questions in person, when we called him and through email as well. Tim was very flexible when making appointments and accommodated our needs. We are happy with the service and legal advice we received from Tim and would recommend him to anyone who would like to create an estate plan.
This review is from a person who hired this attorney.
Hired attorney

We used Tim Foley to represent us for our condo closing. We were very happy with Tim. I would highly recommend him.
This review is from a person who hired this attorney.
Hired attorney

We were recommended to Tim Foley by friends in the northern New Jersey area and told he was a skillful, thorough, and compassionate practitioner. Our particular case was already underway and involved a nuanced type of law, and Tim's representation was invaluable in righting the course of the litigation and achieving our desired result.
This review is from a person who hired this attorney.
Hired attorney

Walking outside under the spring rain, which helped clear my mind that had mixed with anger and sadness in the past, and which helped my tears that faded away with spring rain moist; I wanted to dry away this ridiculous accusation just like my tears were rolling down to my cheek and lost their appearance so that there weren't anything left behind to against to my future. The person, who I met, and who was waiting for me was Tim Foley who have a heavy silence surround by him, which I felt that I could have communicated with him just like my old favorite professor who taught me the American History, and who taught where the American Flag is standing in this century. His pen was running down in the papers that I could have described what had happened in the school, and what had happened the papers that what I wrote about the Unites State of America’s Democracies success (the accomplishment of an aim). With his wisdom and a good many pieces of advice, allowing me to move forward to what I want to accomplish in my life. Thank you, Mr Foley Sincerely, Kyung-Hwa
This review is from a potential client who consulted with this attorney.
Consulted attorney

Tim helped my mother and I navigate the setting up a will and trust . He was clear in his presentation of the tax implications and all the other ramifications . He was deliberate in explaining all points so there was no questions that was not satisfied. An attorney you can trust with your best interests in mind.
This review is from a person who hired this attorney.
Hired attorney

Mr. Foley provided excellent advice to my wife and I. After consultation he promptly prepared our documents and delivered them to us for signatures. He was able to make the entire process easy.
This review is from a person who hired this attorney.
Hired attorney

I have had Timothy Foley do all types of legal work for me for more than 20 years. His professionalism and expertise ranged from small business set, property purchase and sale, business negotiations & small business dissolution; resolving neighborhood disputes; probate of a will; mortgage refinancing and new LLC establishment. Mr. Foley has consistently been able to understand my concerns and explain the options in a way that enabled me to make well informed critical decisions. Mr. Foley is skilled at being focused, thorough, diplomatic, honest and forthright in all of the work he has done for me over the years. It is my pleasure to recommend him to others.
This review is from a person who hired this attorney.
Hired attorney
See all reviews

Tim is a tremendously knowledgeable attorney. His insight and understanding of the Court Rules and Appeals makes him the “go to guy” for many of his colleagues that have questions. I have worked with Tim on several matters and have always been impressed by his insight and professionalism.

I have practiced law for well over 30 years and have always written my own summary judgment and appellate briefs for both federal and state matters. However, for a recent case I worked with Tim on a summary judgment motion which involved areas of the law which were complex and had voluminous materials to review. He grasped the issues and succinctly wrote an opposition that well organized and persuasive. I would not hesitate to work with him again on any matter that required legal brief writing.

I endorse this lawyer. Tim worked with me on a medical malpractice matter in the capacity of co-counsel. He provided excellent research and brief writing. His assistance was very helpful in securing a favorable settlement for the client.

I have known Tim Foley professionally for approximately 15 years. I have personally worked with him on a number of complex and challenging litigation matters. His work ethic is second to none. He has an amazing sense of spotting legal issues and can articulate his client's position on his feet or in a written submission as well as any attorney I have had the pleasure of working with, or against, in my 25 years as an attorney. I highly recommend him to clients as well as other attorneys who need his areas of litigation specialties.