PROFILED IN NEWSWEEK & TIME MAGAZINES AS A LEADING IMMIGRATION ATTORNEY IN THE UNITED STATES.  RATED AS SUPER LAWYERS & BEST LAWYERS FOR IMMIGRATION LAW.

Edward Shulman is the founder and principal of The Shulman Law Group, LLC in Paterson, New Jersey. Mr. Shulman's practice is limited to all aspects of U.S. Immigration and Nationality Law. 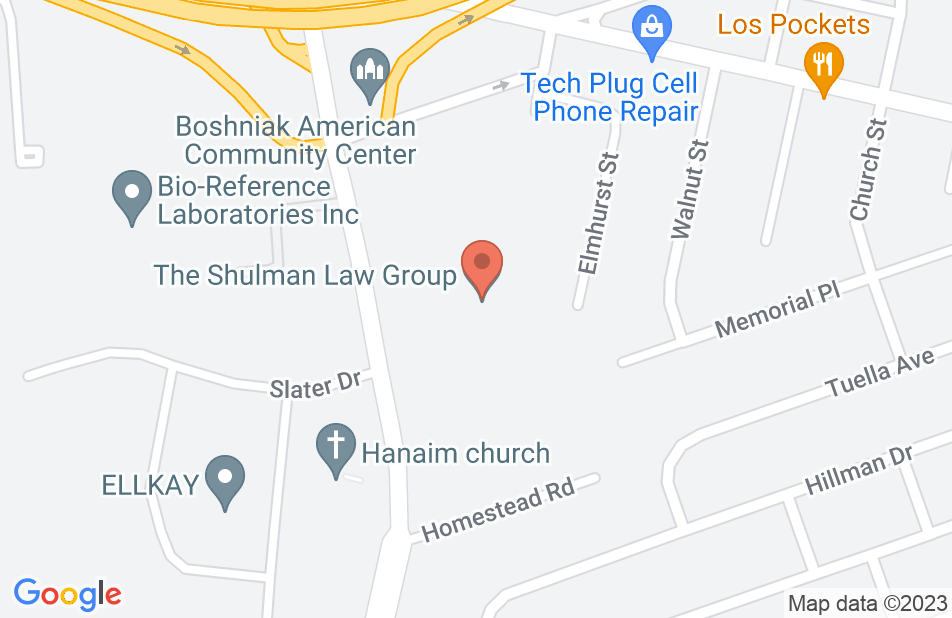 A good immigration attorney can make all the difference to your case. Hard work, honesty, professionalism and genuine urge to help is what describes a good lawyer. I found all of that in Mr. Edward’s office. Though the process of my case itself was lengthy I always felt that he was in complete control and working hard for the best possible outcome. During course of about 2 years I found him polite, helping and felt very comfortable going through details with him and discussing all the options we had!
This review is from a person who hired this attorney.
Hired attorney

I will recoment him . He is the best lawyer .. I spend a lot money in lawyer and they all lie and all they want is money but Shulman never lie and he always told me the true I thing I can say thank you god and Shulman for they day for me after many year of try to get my green car he did it. And now I am a resident of unite state thank you for all the work they did
This review is from a person who hired this attorney.
Hired attorney

Edward Shulman is really superb lawyer. He will listen to you & will recommend what's absolutely needed to be done, and charges very reasonable prices for the extraordinary work that he & his staff professionally do. My husband's immigration case was very complicated but not for him. He worked hard on it & solved our case. I am very pleased with his services.
This review is from a person who hired this attorney.
Hired attorney

I had consulted many lawyers and Edward was the only lawyer who took my case. He and his staff (Leticia) are very attentive, caring, and honest. They were always available during my difficult case with helpful insight and positive support I am beyond grateful to have found such a great lawyer!
This review is from a person who hired this attorney.
Hired attorney

Mr. Shulman is the best Immigration Lawyer! He is a very honest and kind person. I am so grateful Mr. Shulman for everything that you have done on my case! After being in the United States for 14 years, thanks to you I now feel like I'm part of the U.S. There are not enough words to explain all of the happiness and gratitude that I feel. I recommend Mr. Shulman 100%; if you are looking for an Immigration Lawyer that will tell you the truth and care about your well-being, then look no further because you have found him: Edward Shulman.
This review is from a person who hired this attorney.
Hired attorney

My case was very scary and complicated and he made what felt like the impossible a reality. After making a mistake a few years ago and facing what I thought was deportation and a nightmare Edward Shulman and his team have helped me overcome my fears and secure my future. I’ve lived in this country for 27 years and in 2014 I commited a crime which was deamed as one of “moral tepitude” I thought I was for sure gonna lose my family, job and essentially my life as I knew it. He was very kind, patient, understanding and his staff was courteous, insightful and available. Cecilia emailed with with every update relative to my case and followed up after my address change. All of my questions, concerns and fears were dealt with and I’m so happy that I chose this team to help me with my immigration process. He was worth EVERY. SINGLE. PENNY !! Thank you guys for being amazing !!!!
This review is from a person who hired this attorney.
Hired attorney

My spouse and I hired Mr. Shulman to represent us in an "adjustment of status" case. We found him to be a very competent, kind, and respectful man. We were always very comfortable when we visited his office. The staff was great also. We are very happy with his services and the outcome of our case. We highly recommend him.
This review is from a person who hired this attorney.
Hired attorney

This lawyer I can truly say is the most professional and best human being there is. His staff was equally as nice. He helped my husband obtain his Resident card.
This review is from a person who hired this attorney.
Hired attorney

Straight up and honest

Hi I met with Mr Shulman today and he was very upfront - this was my 4th opinion - he layed everything on the table and told me how it is ! He even went out of his way to call someone on my behalf during the initial consult advice visit ! Although my case is helpless he was honest and told me instead of lying and taking my money
This review is from a potential client who consulted with this attorney.
Consulted attorney

Best Of The Best

If your looking for the TOP GUN in Immigration Lawyers look no further Mr. Shulman and his team are the Best of the Best. take my advice dont just hire any lawyer . When dealing with Immigration you need someone that only handles Immigration cases. If your going to put your life and your family's future dont settle just for anyone go to the best and that would be Mr. Shulman. from start right thru past your hearing he and his team will be there to protect your rights and guide you thru the process. It took 8 months from start to finish My wife know has her green card and social security card so that she can start to work ,now in her hands. He is now handling the case for our son to come into the USA.Dont waste your time calling other lawyers just give Mr. Shulman a call, you'll be glad you did. Rossano
This review is from a person who hired this attorney.
Hired attorney
See all reviews

Ed Shulman is a consummate professional. He helped me in a matter. His communication was fast, effective and concise.

Edward Shulman is a wonderful and very personable immigration attorney. He handles extremely complex cases with ease and confidence and always gets the best results for his clients. I highly recommend this attorney!

With a practice limited to Family Law Matters I have felt great comfort in referring my immigration cases to Edward Shulman of the Shulman Law Group. Without exception he has guided my clients through challenging immigration scenarios. He is an experienced, highly skilled and well rounded immigration law attorney . Edward's's extensive knowledge of immigration law along with his sincerest compassion for his clients and his exceptional presentation in Court distinguishes him amongst his peers. Among other prestigious accomplishments Edward is a distinguished speaker for the New Jersey State Bar and has presented many Continuing Legal Education seminars about immigration law. Without exception, all of the clients I have referred to Edward Shulman have expressed their sincerest gratitude and have been nothing but pleased by their experience in being represented by him.

I have known Edward Shulman for many years. He is one of hte most honest, hard-working and competent attorneys that I know. He is well-respected in his field. He is a great man and I think that clients would be lucky to have him as their attorney.