Paul I. Perkins opened The Perkins Firm on April 1, 2019. This firm will specialize in Commercial and Real Estate Litiigation and Transactional Services.

Previously Mr. Perkins was Counsel at Kim & Bae, P.C. and prior to that General Counsel of Spirit Delivery and Distribution, Inc. Prior to coming to Spirit, Paul was the managing partner of Perkins & Associates, P.C. A substantial part of Mr. Perkins’ practice centers around partnership, commercial and real estate/construction litigation.  He is also actively involved in advising clients with regard to real estate investing, corporate and real estate leasing transactions.  Mr. Perkins represents a variety of clientele from small business owners and individuals to large corporations doing business internationally.  Mr. Perkins has taken a lead in litigating the following cases:

Prior to forming Hadley Perkins, P.C., Mr. Perkins was a partner at Lynch Lynch Held Rosenberg & Perkins, P.C., where he was the head of the corporate and commercial litigation department.  Mr. Perkins is admitted to the Bar in New Jersey, the United States District Court for the District of New Jersey, the bar of New York State, as well as the Eastern and Southern Districts of New York.  Mr. Perkins received his law degree from the Benjamin N. Cardozo School of Law where he was the Coordinating Editor of the Public Law, Policy, and Ethics Journal.  While at Cardozo, he was a member of the securities committee of the New York County Lawyers Association.

Mr. Perkins has an interesting and creative background.  Prior to attending law school, Mr. Perkins was the Executive Director of a regional opera company based in Illinois.  He has a Bachelor of Music from the New England Conservatory of Music.  Subsequent to his time at the Conservatory, Mr. Perkins traveled throughout the United States performing as an opera singer.  He performed with Central City Opera, Florida Grand Opera and the Utah Festival Opera Company.  He can be found on Newport Classics recording of The Ballad of Baby Doe. 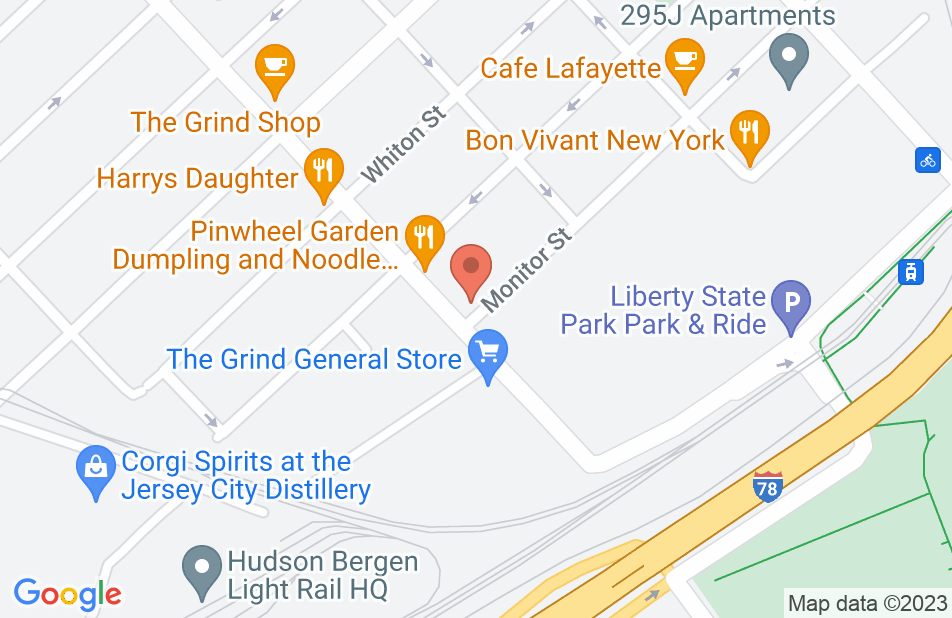 It would not be far-fetched to state that Mr Perkins is an expert litigator. But he also displayed a great amount of care for me as not just his client, but as a person. This is exceptional at the least, and it drives me to recommend him with highest ratings for any of my colleagues and friends. Mr. Perkins helped to guide me in a issue of libel, directing me along the right path to come to a settlement that left me and my family protected. His counsel is sound as is his socio-emotional grasp of the attorney client relationship.
This review is from a person who hired this attorney.
Hired attorney

I recently had a consultation with Paul regarding my upcoming home purchase. In terms of their professionalism and their knowledge of the law, Paul and his team were head and shoulders above any other attorneys I have worked with in New Jersey. His advise on the intricacies of local laws have been incredibly helpful. I would recommend his firm to anyone seeking an attorney in the area.

Paul has been handling a protracted matter for me and my business for almost a year. He's a fighter- doesn't cave in to browbeating and other nonsense and argues the legal side of business and personal matters very efficiently. On top of all that, he is always there to provide timely and wise advice and guidance when needed. I've already referred aquaintances to him - he's a great attorney!

You will feel protected if you have Paul, Jason and Lynch Law firm in your corner.

Paul and his Law firm Lynch Law firm has been representing our company and officers of the Corporation since 2009. His performance, dedication, professionalism and extensive knowledge of the law and jurisprudence has made him and his law firm one of the best law firms that our company has ever been represented by. In many ocassions we worked with Associate Attorney Jason Haller; we were very impressed with his objective interpretation of the law and his experience in strategizing. They are vey honest attorneys, very reasonable in their pricing and with a goal oriented mentality; to win cases for their clients.

Finally, Someone I Can Trust!

In the past I have had to use large high-end firms (where multiple lawyers and associates review everything and billable hours are the driving force for action), and independents (who seem overextended and unable to devote focus until it becomes absolutely necessary). I found Paul through a friend who had used his legal services and had a high regard for his abilitiy. I honestly can attest that Paul Perkins breaks the mold that fits the old pervasive negative stereotypes in the legal profession. Paul is truly pro-client- and not for financial, political or other self-serving reasons! He's extremely responsive to my questions and concerns, and handles my difficult adversary quite deftly, fighting strongly with an intellectual decorum I admire. On top of this, Paul is extremely conscious of fair and equitable billing needed when protracted battles can wear you down emotionally and financially.

Paul, is a very dedicated attorney who fights very hard to win the clients case. In my experience with Paul as my attorney, he was up against a top law firm and simply out performed and beat them. As a client that was in need of an attorney, Paul was outstanding and provided exceptional legal representation.

Paul is very professional. He was very attentive to my case. He is always readily available. He kept me informed in the progress and updated on the correspondence between all parties in the case. Finally and most importantly, Paul is very knowledgeable and an excellent attorney. I highly recommend him and his firm.
Paul Perkins' response: My clients are fantastic. I think this client didn't fill out the above stars and rating as it is clear they were very happy with our services! Thank you very much!

I worked with Paul for several years and have seen him zealously represent and advocate for his clients while at the same time handling matters efficiently and with the utmost professionalism. I endorse him wholeheartedly.

Mr. Perkins is well-known in the local legal community as a trial attorney. He is highly skilled in settling matters without going to trial and getting the best results for his clients and an outstanding trial attorney when trials are necessary. I highly recommend.

I had the pleasure of working with Paul as co-counsel on a consumer protection class action a few years ago. Paul possesses excellent legal skills, is willing to dig into discovery in order to master the key facts of the case, is excellent at depositions, and demonstrated unwavering dedication to protecting the class representatives and absent class members. I would work with him again in a heartbeat.

Paul is an outstanding attorney and a true advocate for his clients. He is honest, aggressive and creative in achieving consistently great results for clients.

Paul is an excellent attorney with a great reputation. He fights very hard for his clients and gets great results. You should not hesitate to have Paul as your attorney.

Paul is quite simply a tremendous attorney. He is smart, aggressive, creative, and no one works harder. I would gladly work with Paul on any case in any jurisdiction.

I endorse this lawyer. He is intellectually sharp and also a kind person.

I have known Mr. Perkins for several years and have been impressed with his wealth of knowledge, his advocacy for clients and his integrity. He is an attorney to whom I turn for counsel when I have questions and I would highly recommend him.

I endorse this lawyer. Paul and I worked together and he was terrific. Bright, articulate, empathetic and a very good lawyer.

I endorse this lawyer. He is hard-working, smart and honorable.