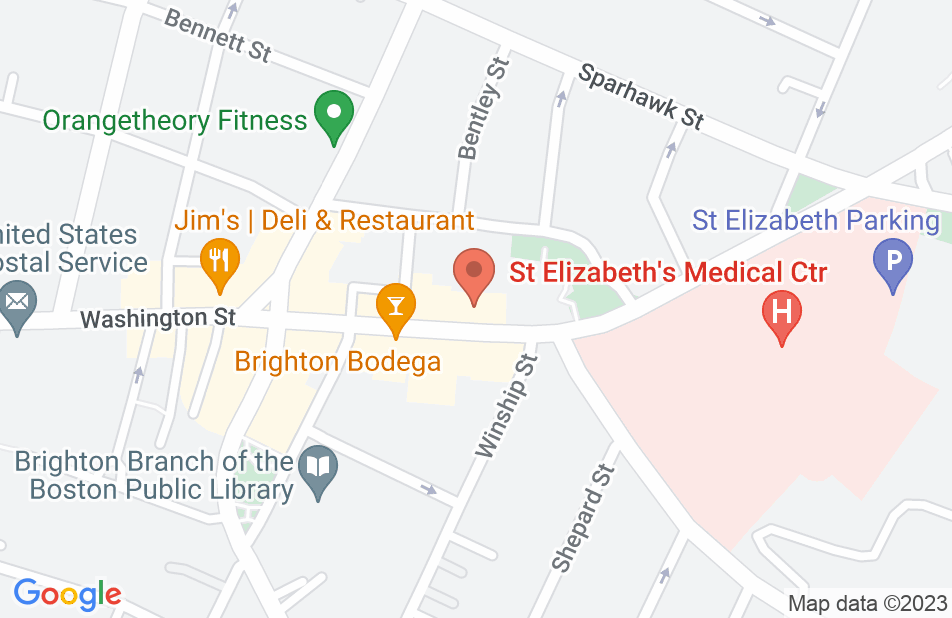 Adam is dedicated to your case and determined to win. I had a first time OUI case which Adam got dismissed! After a long and enduring process Adam kept me in the loop, promptly responded to emails and remaind transparent throughout the whole process. He took me to the scene of the accusations to properly investigate the incident. He thoroughly took pictures and statements and showed ferocity in the court. I would highly recommend Adam to anyone seeking a criminal defense lawyer. Joseph K.
This review is from a person who hired this attorney.
Hired attorney

SUMMARY: I was charged with two felonies and faced possible jail time of over a year. Adam was able to reduce my bail, get me simple probation terms awaiting trial, take my case to trial, and get a NOT GUILTY (on both counts) verdict. Adam is compassionate, extremely knowledgeable, and an absolute warrior in the courtroom. I wouldn't hesitate to recommend him to anybody. If you are looking, stop now and call Adam. DETAIL: I'm not even sure where to start with this review. I had a very complicated case. I was arrested in California on a warrant originating out of Middlesex County, Massachusetts which I wasn't even aware existed. Adam was referred to me by a friend who is a practicing attorney in California who found him through the Trial Lawyer's College. I was held in custody in California until I was eventually extradited to Massachusetts to await my arraignment. Adam worked diligently while I was still in California to begin preparing my case and learn as much as he could before our first in-person meeting. As soon as I arrived in Massachusetts and was processed, Adam came to meet me at the jail late at night and in the middle of a snowstorm. From the start, he put me at ease with his calm demeanor and explained absolutely everything I needed to know (and more) in full detail. Don't let the calmness fool you though because he is an absolute warrior in and outside of the courtroom. He managed to get my bail reduced to a VERY manageable amount AND was able to get me released on bail a day earlier than was expected. I was put on a monitoring bracelet and ordered to remain in Massachusetts. This was devastating for me as I have my life back in California, a job that was waiting for me, my pets, etc. Adam again fought for me right away and was able to quickly get my bracelet cut off AND released back to California awaiting trial. My terms were extremely simple. I just had to make a weekly call to a probation officer and check in with a quick voicemail until I made it to trial. Before I left to California, Adam made sure to spend as much time as was necessary to learn as much as he needed to about the case and gather all possible evidence that would be needed to prove my innocence. Once I returned to California, the prosecution continued to delay my trial, almost to the point of passing the year mark. Adam maintained communication throughout the entire process through phone calls, e-mails, texts. I felt like he truly had my back and wasn't merely just doing his job. By the time the trial came, the best offer given to me was to plead guilty to both felonies and take two years of straight probation with no jail time. Mind you, I've never once been in any trouble and had cooperated fully with everyone up to that point. Adam explained my options in extreme detail. This was a very stressful situation to deal with as anybody could imagine. He kept me as calm as I could possibly be. We decided to go to trial and not take any sort of guilty plea. I arrived in Boston a few days earlier than the trial and prepared at his office. Adam explained every step of what was to come so that I knew exactly what to expect. We went through trial procedures, worst and best case scenarios, previous cases, etc. He made sure I was not going to walk into this feeling any sort of doubt. Trial began. Adam absolutely killed it in court. From his opening statement to the closing, Adam was able to deliver the message with such clarity and poise. He was able to explain and show the jurors the truth through evidence and cross-examination of witnesses. The end result? I was acquitted (NOT GUILTY) on both counts. The jurors took a mere couple of hours to deliberate and came back with the verdict I had been dreaming about for a year and a half. The two words I needed to hear the reclaim the life that was halted still throughout this order. If it wasn't for Adam, I don't know how all of this would have ended up. He truly saved my life.
This review is from a person who hired this attorney.
Hired attorney

3 rd offense oui in mass, Adam was able to keep my license for the entire time of the trail. He expedited trial to less than 3 months, He kept me informed the entire time with motions being filed and mandating evidence being locked into place 1 full month prior to trial. Adam was completely honest the entire time and worked steadily against the prosecution. He addressed every issue head on and won. I was in a very procures sitituation and he worked diligently to take it to trial and won my case.
This review is from a person who hired this attorney.
Hired attorney

In 2014, I was out with a group of friends. All of us being 19-20 at the time. We were approached by two unfamiliar individuals one of whom was a correctional officer and the other an EMT. An altercation took place and I was accused of assault and battery. Because of this, I was placed under house arrest and was meant to report home at 7:00 every night and every morning to take a breathalyzer test. This caused me to miss out on family events and opportunities that I otherwise would have participated in . My discomfort was obvious so Adam took it upon himself to get an appeal in Superior Court in order for me to be taken off the bracelet. He succeeded and I was one more step closer to where I wanted to be. Due to them being state officials they already had the credentials and the reputation of being compliant and "innocent" so to speak. Although, I was not in the wrong, because of their titles, I felt as if I were losing an uphill battle. However, My lawyer, Adam Russell, had faith in me and made that very evident during his performance in trial. He asked clear and concise questions and did not accept an answer unless it was just as clear and just as concise. He mentioned key facts that only someone with a high intellect and keen eye would be able to notice. Overall, he went in there with a goal and he did not give up until he had reached it. Because of Adam, I can now return to a normal life. A life I had missed, A life that Adam Russell gave back to me.
This review is from a person who hired this attorney.
Hired attorney

I endorse this lawyer. Great advocate. Tough, practical and tenacious.

Adam has an office next door to mine, and we constantly exchange stories and theories. He is an expert in criminal defense and I have picked his brain on several occasions, with good results. His knowledge, courtroom presence and zeal combine to make him paramount in whatever matter he is engaged for. I recommend him.

Adam Russel is a diligent lawyer who prepares and tries his cases well. He has the savvy and toughness a lawyer needs to succeed in Eastern Massachusetts and in my twenty-five years at the bar I have not seen a star rise as fast. I do not hesitate in referring him clients because I can be confident in the outcome. If the client is not satisfied with Adam, the client probably cannot be helped.

A capable and competent attorney, Adam Russell represents his clients well; he care for them and fights zealously. I highly recommend him.

Adam is enthusiastic and zealous in the defense of his clients. He's very hard working and constantly seeking to improve his craft. As a criminal defense advocate, he takes a strong stance fighting for a verdict of Not Guilty - or a dismissal of charges, instead of simply walking clients through a guilty plea