David is a trial and appellate attorney with over 18 years of legal experience. He represents businesses and individuals in business and commercial disputes, employment litigation and real estate controversies. David regularly represents clients in lawsuits, arbitrations and mediations in Massachusetts and throughout the United States. He also has extensive experience as an appellate lawyer, having argued over 30 appeals before state and federal appellate courts on a range of legal issues.

David began his legal career as a litigator with the international law firm of Mintz Levin from 1999 to 2004. There, he represented Fortune 500 companies in a broad range of business and commercial disputes.

Prior to launching Drohan Hitt & Hadas along with his colleagues Tom Drohan and John Hitt, David ran a boutique litigation firm from 2012 to 2016, where he primarily served individuals and small businesses in a variety of disputes in state and federal courts. 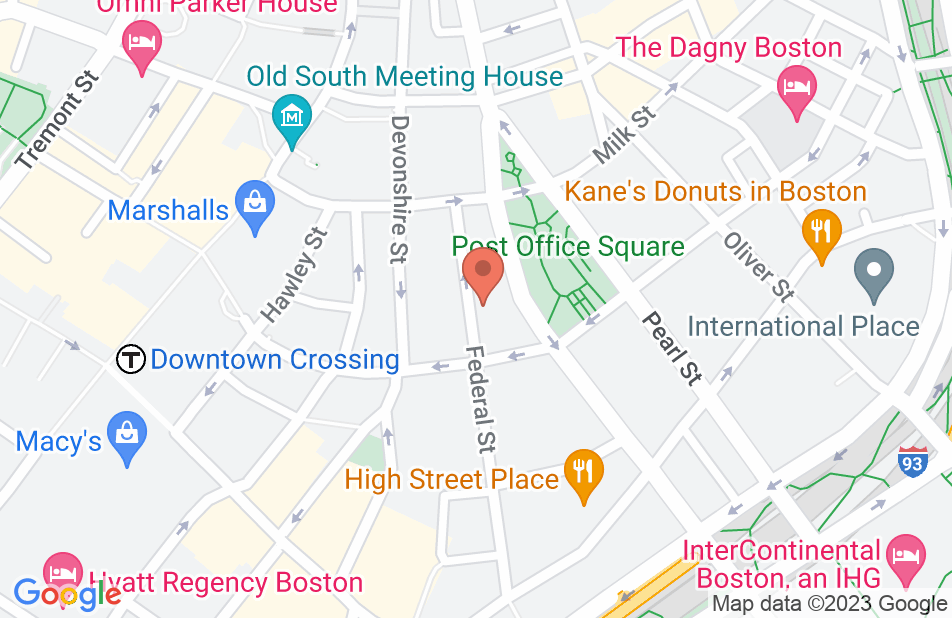 I consulted Attorney Hadas' office on an important personal matter, half expecting anyone to even return my call. What I found was a lawyer with an outstanding listening ear and remarkable compassion. In addition to providing sound legal advice, Mr. Hadas gave me the time and due consideration which set him apart from the typical law firm. How wonderful to see empathy and legal prowess to go hand-in-hand.
This review is from a potential client who consulted with this attorney.
Consulted attorney

Thorough and effective representation with a passion

Attorney Hadas helped me win my civil case after being falsely accused by Atty Edward A. Obrien and Atty Christopher Cercone. As a Paralegal with some experiences, I thought it was a piece of cake until I got lost in the process of the rules... Attorney Hadas came along like "David against Goliath," took time to catch up with the case with several meetings, going through stack of documents, understood my contention, sought my demands and took up the case. I've worked with several other corrupt Attorneys who took money then plan a withdraw for justified reasons, but not Attorney Hadas. He was more focused on liberating me from false accusations.
This review is from a person who hired this attorney.
Hired attorney

I am an attorney, and I have chosen David Hadas to represent me in a case involving new legislation and areas of first impression in this legislation. I have found Attorney Hadas to be attentive and legally informed in a fast-changing legal scenario under newly-issued Appellate decisions regarding this legislation. He has demonstrated superior abilities in factual and legal analysis in complex matters, and is able to brilliantly synthesize discussion of these issues in his legal writings. In dealing with clients under duress, Attorney Hadas is calm, logical and persuasive; as he is in court appearances and with the opposition, smoothing the path as he works diligently for his client. I would not hesitate to recommend Attorney Hadas for representation in any area he chooses.

We had to take legal action against a company that decided to not pay our owed fees. He was very responsive, very knowledgeable and walked us carefully through the process. Throughout the ups and downs of this legal process, David always remained calm and confident. He was aggressive enough with the other party to move things forward, but always remained professional and provided great guidance on next steps. I can't disclosed the outcome, but it was very positive for us. I would definitely hire David again.

I fully endorse David. We were on opposite sides of a contentious business dispute. He was a zealous advocate for his client. His motions were excellent and his courtroom skills superb. At the same time he was absolutely professional in every way. I have since referred clients to him.

David is a skilled and experienced litigator, with whom I worked in the Massachusetts Attorney General's Office. Several years after I left the AG's Office, I had the opportunity to litigate a case against the Commonwealth. David was the AAG representing the Commonwealth. Throughout the litigation, David exercised professionalism and sound legal judgment. I wholeheartedly endorse his legal skills, judgment and professionalism.