Earning trust. Getting results. Call us to schedule a free consultation 907-222-2999

Anthony Banker is a trial lawyer who devotes his practice to people who have been injured or exploited. Over the past fourteen years, he has litigated cases involving negligence, maritime injuries, wrongful death, product liability, insurance bad faith, professional liability, lender liability, and fraud. Anthony is a member of the Leadership Circle for the Alaska Association for Justice.  He is also a Leadership Circle member of Alaska Public Broadcasting.

Anthony earned his law degree, with honors, at Gonzaga University in Spokane Washington. He was awarded a Dean’s Honor’s Scholarship and served as Editor-in-Chief of the Gonzaga Law Review. He is admitted to practice law in the courts of Alabama, Alaska, and Tennessee. Anthony has served as an adjunct faculty member at the University of Alaska, Anchorage where he taught a course in civil litigation.

Anthony started practicing maritime law in 2001 with a firm representing international ship owners, operators, charterers, and P&I Clubs. He learned, firsthand, how shipowner’s insurance companies move quickly to protect their financial interests. Anthony’s temperament is much more suited to representing injured workers than insurance companies. Now, he uses everything he learned to protect injured crew members and their families.

In 2006, Anthony established the State of Alaska’s Office of Elder Fraud. While he was working for the State, Anthony investigated more than 500 cases of fraud, and recovered more than 4.5 million dollars’ worth of assets for financially exploited elder Alaskans.

Anthony feels particularly honored to represent working men and women and their families. He comes from "working family" roots. He spent summers working as a laborer with a concrete form erector crew, and put himself through college working as many as three jobs at a time. Anthony frequently sees working people lose the ability to work because of injury. Injured workers need good lawyers to help them recover everything available under the law. Insurance companies do everything they can to stop that from happening. Anthony sees this fight as one worth devoting his life’s work to winning. 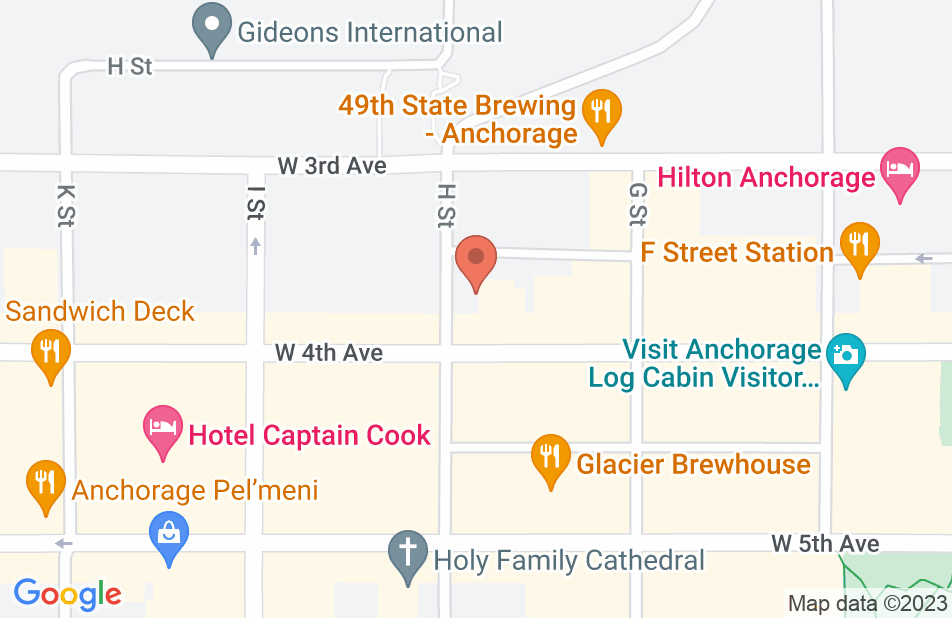 Mr. Banker had not previously dealt with one major issue in my case. Before calling him, I had tried other attorneys, but they wouldn't even try to work my case. Mr. Banker increased his knowledge in the matter (the major issue) and stuck to it -winning the case. He was very good about keeping me updated and clear about what going on -there was no deception. He showed both heart and diligence, and persevered to win the case on my behalf. I am very grateful.

I am not a person who believes in lawsuits. I really didn't know what to expect when I was hurt in a car wreck, but I didn't think that the other driver's insurance company would treat me so badly. Anthony, and his staff, made things so much easier. They took over dealing with the insurance company, got all of my medical bills paid, and got me more money than I thought possible. If anyone is dealing with an injury caused by someone else, they should definitely call Anthony! A good lawyer and a good person!

Before I called The Baker Law Group, I was losing hope. I had been in an accident and no one would give me the time of day. I wasn’t at fault but the insurance company made me feel like I was. Then I talked to Anthony with the baker law group. From start to finish, he listened to me, made me feel comfortable and made sure I was always in the loop with what was going on. He helped me weigh my decisions and guided me in the right direction. I didn’t have to be rich to be treated fairly. He made sure I got what I deserved. I would highly recommend The Baker Law Group to anyone.
This review is from a person who hired this attorney.
Hired attorney

I endorse this lawyer. Anthony is a highly competent attorney who cares about his clients.

William Walton, DUI and DWI Attorney on Aug 13, 2014
Relationship: Worked together on matter

Mr. Banker is an excellent and zealous advocate for his clients.

Mr. Banker is industrious, intelligent and knowledgable, and I regularly refer personal injury clients to him for representation.