Thank you for visiting my profile.  I attended Whitman College and received a BA in biology, as well as a BA in psychology from the University of Washington, Tacoma.  After undergraduate work, I enrolled at Gonzaga University School of Law and was awarded an Army ROTC scholarship.  I graduated from Gonzaga in May of 2006 and also received a commission in the Washington Army National Guard.

I handle a variety of criminal matters in district and superior court.  At Crary, Clark & Domanico, we keep current with developing case law and statutes.  We have an active and aggressive motion practice, which was at the forefront of the state toxicologist perjury incident and lead to a blanket suppression of BAC results in Spokane County. Furthermore, this firm spearheaded the effort to discredit BAC results, which were generated from a BAC technician who misrepresented his qualifications. As a result, the government elected not to use the BAC results.

I have appeared on Fox and Friends, Good Morning America and various local news stations and have been featured in CNN, Wall Street Journal and made Drudge Report.

I have been defending citizens from government prosecution since my second year of law school.   If you are in need of legal representation, please contact me for a free consultation. I look forward to speaking with you. 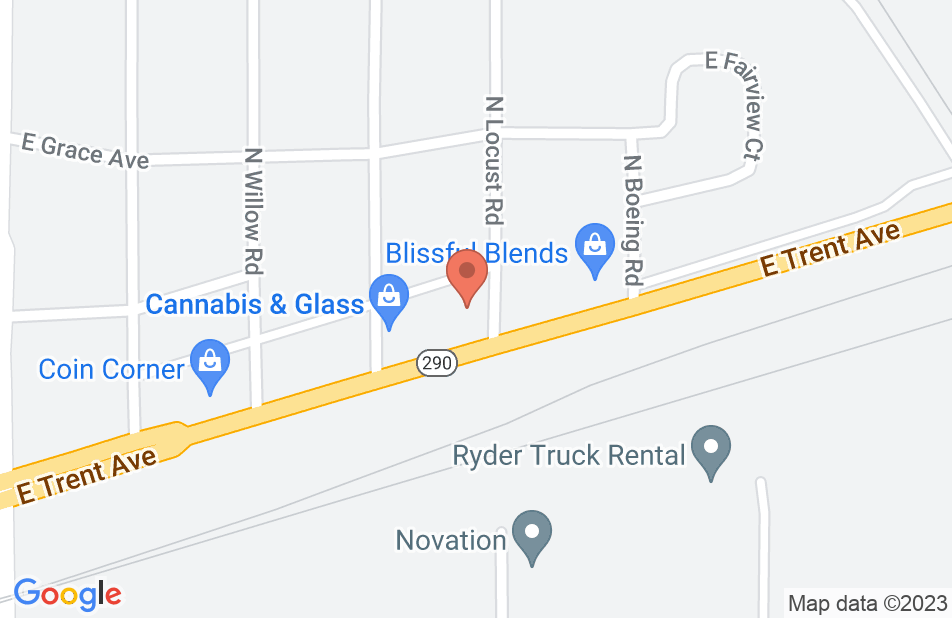 I was in a simple fender bender and Dean got me the maximum amount under the insurance policy. I am so grateful. He's a great guy.
This review is from a person who hired this attorney.
Hired attorney

Got a first DUI 6 years ago, and Dean got it reduced to Negligent driving. Again got a 2nd DUI and blew pretty high. Had not much to go by except that i was parked off the side of the road when i got the DUI (keys in ignition and me behind the wheel). Dean got the DUI reduced to Reckless Driving. He spend a lot of time on this case going back and forth with the court, he did an amazing job! Great lawyer! Him and his office are always available to answer any questions. Affordable. I suggest him to everyone over any other lawyer.
This review is from a person who hired this attorney.
Hired attorney

I got a DUI and blew pretty high. It took about 1 year, but Dean somehow got the case thrown out and saved my driver's license. I would recommend hiring him for a tough case.
This review is from a person who hired this attorney.
Hired attorney

I was cited with a following too close ticket for an accident. Dean forced the officer and the driver I hit to come to court. Dean still beat the ticket. It was amazing!
This review is from a person who hired this attorney.
Hired attorney

Dean was a life saver!

Dean helped me win a case against a fraudulent claim against me (a retaliatory protective order). He had incredible patience with me and helped me overcome the anxiety this case caused. I highly recommend!
This review is from a person who hired this attorney.
Hired attorney

I hired Dean to defendant against my ex-girlfriend's false stalking charge. She went off and got a protection order against me. I didn't do anything wrong. I was pretty upset. Dean calmed me down. Did some investigation and went to court with me an won. The judge in this case threw the whole thing out. My ex wanted to take my guns away from me, not because she was scared, but because it was nearing hunting season. Dean got the job done.
This review is from a potential client who consulted with this attorney.
Consulted attorney

A lawyer who goes over-and-above your expectations

Mr. Chuang's knowledge of the Spokane court system and the University's disciplinary process made a huge impact in the timely and positive resolution of our situation. He was very responsive throughout, was open to suggestions, and completely trustworthy throughout the difficult times our family faced. We highly recommend his services.

One of Spokane's Best

I picked up another DUI. I had a lot on the line, because I had to drive for my work. Dean won the licensing hearing and got my charged reduced so that I could still drive. I would recommend him highly.

He got me out of Trouble

Dean saved my butt. I was being stupid and got a DUI. Dean made it painless and got excellent results. It could have been a lot worse. He is excellent and quite affordable.

Dean knew his stuff. He would take great care to explain all legal aspects of my DUI. He is a confident and aggressive attorney and I would recommend him to anyone.
See all reviews

Dean is one of the most knowledgeable lawyers I know. He is also congenial and gets results for his clients. Dean is a preeminent force in Spokane County.

Thoran Towler, Employment and labor Attorney on Jul 23, 2015
Relationship: Other

I endorse Dean. Dean Chuang is a great lawyer and a zealous advocate for his clients.

I endorse Dean. He is a highly skilled attorney that is well respected in the legal community.

Dean is the first person I think of when I have a need in the Spokane area for DUI or Traffic related issues. He's well informed and has plenty of experience, and that's why would trust him with one of my own cases.

Dean is on the fast-track to become one of Spokane's most prominent and successful attorneys. He is highly skilled, motivated, and deeply involved in the community. Trust Dean and his firm for a variety of legal matters, but most of all his integrity.

I endorse this lawyer. Dean is very knowledgeable in the area of criminal defense and provides excellent results for his clients.

I endorse this lawyer. Dean is top criminal defense attorney. He is competent and agressive and knows the law.

Dean and I have had many discussions about criminal defense work. He is on the cutting edge of new case law and defense theories. Dean is personable and enthusiastic about his profession. I endorse his work.

I endorse this lawyer. I know of few lawyers in Spokane with the training and experience of Dean Chuang. I consider him an authority on DUI and Department of Licensing issues and I look to his expertise when I need guidance on my own cases.

I endorse this lawyer. Dean is a crackerjack defense lawyer. He has handled many DUI cases for the elite of Spokane and North Idaho.

Dean has an exceptional grasp of the law, is very well organized, and genuinely cares about his clients above all else. I am proud to endorse Dean.

I endorse this lawyer. Dean is a very competent criminal defense attorney. He fights for his clients and serves them well.

Dean is a hard fighting DUI defense lawyer. He is highly skilled and well respected by both attorneys and the judges. I have personally referred cases to Dean and have done so with confidence.

I endorse this lawyer's work. Dean does a great job. The training he received was outstanding. One of the best of the best. H\I send my friends and family to him.

I have witnessed first hand Dean's dedication to the defense of his clients. He is consistantly ahead of the curve on the legal issues affecting criminal defense and I can strongly endorse his work.

Dean is a smart defense attorney who is in the trenches every day. We discuss legal issues on a regular basis and I know I can count on him to offer insightful and meaningful help on issues. I endorse this lawyer's work.