Providing Strong, Confident Advocacy When Your Interests Are At Stake.

Stephen has held numerous leadership positions in both the Thurston County and Washington State Bar Associations and earned the highest pre eminent rating for his legal skills in the Martindale Hubbell Law Directory.

In addition to receiving the Thurston County Bar Association Bigelow Award for Lawyer of the Year for 2002, Stephen has also served as president of his local Rotary club.

He is currently serving as a hearing officer for the WSBA Disciplinary Board. 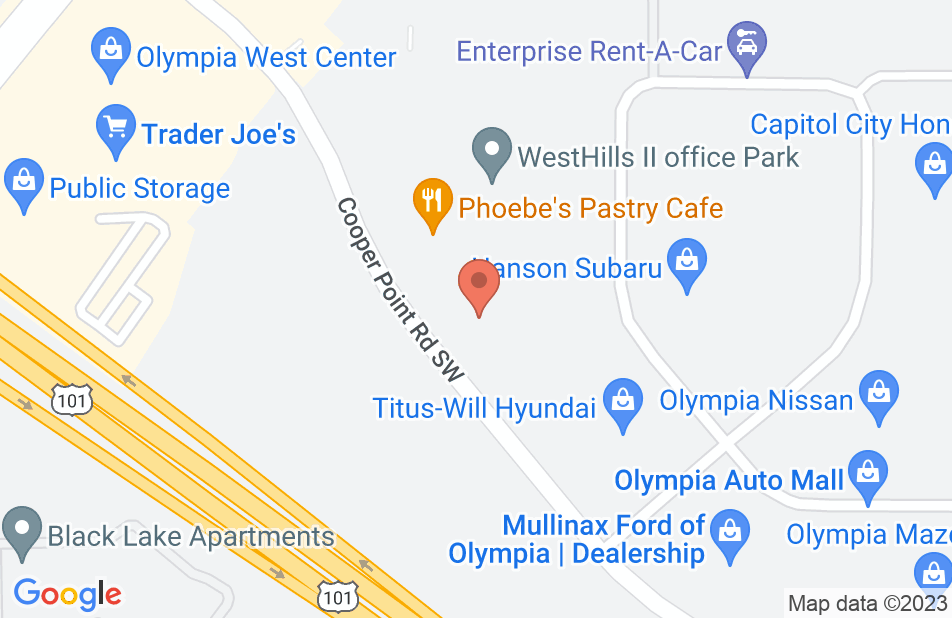 Not yet reviewed
Review Stephen Henderson

I endorse this lawyer. I have worked with Steve for many years. I find him to be very knowledgeable in his field and a pleasure to work with. I would recommend Steve to any clients seeking counsel in Steve's areas of expertise.

I have worked with Steve for more than 30 years. His dedication to his legal work and the community, and his integrity, are exemplary. You should have the utmost confidence entrusting him with any legal matter in the areas in which he practices.

Stephen Henderson is one of the very best. He has been a leader in the legal community for nearly 40 years. His knowledge of the law and extensive experience makes him the perfect lawyer to collaborate with. Whether we are evaluating the merits of a particular claim or determining what experts we will need, Steve has the calm confidence of an attorney that has been there before and knows what he is doing.

Steve Henderson is a highly experienced attorney with an exceptional reputation among his peers for professionalism and brilliant legal strategy. Steve is someone who consistently inspires those around him by upholding the highest of ethical standards; whose open-door policy with his staff, partners and peers fosters a community of mentoring. His innate volunteerism is evidenced throughout his 40+ year legal career. Elected to the Board of Governors, Steve was pivotal in the WSBA’s adoption of the Creed of Professionalism, a promise by every lawyer sworn in to the WSBA that they will strive to exhibit the highest of ethical of standards and fairness in their dealings as an attorney. I am honored to endorse my colleague and esteemed mentor, Steve Henderson.