At Marler Clark, The Food Safety Law Firm, we understand that it is a difficult decision to hire a lawyer. Individuals who have been injured need someone with experience to level the playing field, especially when they face an uphill battle against a corporation or insurance company with seemingly endless legal resources. When we represent a client, we bring all of our attorneys' knowledge and experience to the table so that our clients know they are not alone.

An accomplished personal injury lawyer and national expert in foodborne illness litigation, William Marler has been a major force in food safety policy in the United States and abroad.  He and his partners at Marler Clark have represented thousands of individuals in claims against food companies whose contaminated products have caused serious injury and death.  His advocacy for better food regulation has led to invitations to address local, national, and international gatherings on food safety, including recent testimony to US Congress Committee on Energy and Commerce.  Marler Clark is considered the nation’s foremost law firm representing victims of foodborne illness and other serious personal injuries.

William Marler began litigating foodborne illness cases in 1993, when he represented Brianne Kiner, the most seriously injured survivor of the Jack in the Box E. coli O157:H7 outbreak, resulting in her landmark $15.6 million settlement.  Marler has focused his practice on representing individuals in litigation resulting from E. coli, Salmonella, Shigella, hepatitis A, and other food contamination cases.  He has represented victims of nearly every large foodborne illness outbreak in the United States against such companies as Wholesale Club, Chili’s, Chi-Chi’s, ConAgra, Dole, Excel, Golden Corral, KFC, Peanut Corporation of America, Sheetz, Sizzler, Supervalu, and Wendy’s, securing over $500,000,000 for his clients.

Dedicated to food safety advocacy Mr. Marler travels widely to speak to food industry groups, fair associations, and public health groups about the litigation of claims resulting from outbreaks of pathogenic bacteria and viruses and the issues surrounding it.  He is also a frequent writer on topics related to foodborne illness.  His articles include “Separating the Chaff from the Wheat: How to Determine the Strength of a Foodborne Illness Claim”, "Food Claims and Litigation”, How to Keep Your Focus on Food Safety, and "How to Document a Food Poisoning Case" (co-authored with David Babcock.)  His blog is avidly read by the food safety and legal communities. In

This year, Mr. Marler was given, among others, the 2011 Seattle University Professional Achievment Award. In 2008 Outstanding Lawyer Award by the King County Bar Association, as well as being given the Public Justice Award by the Washington State Trial Lawyers Association.  He has been profiled in numerous publications. 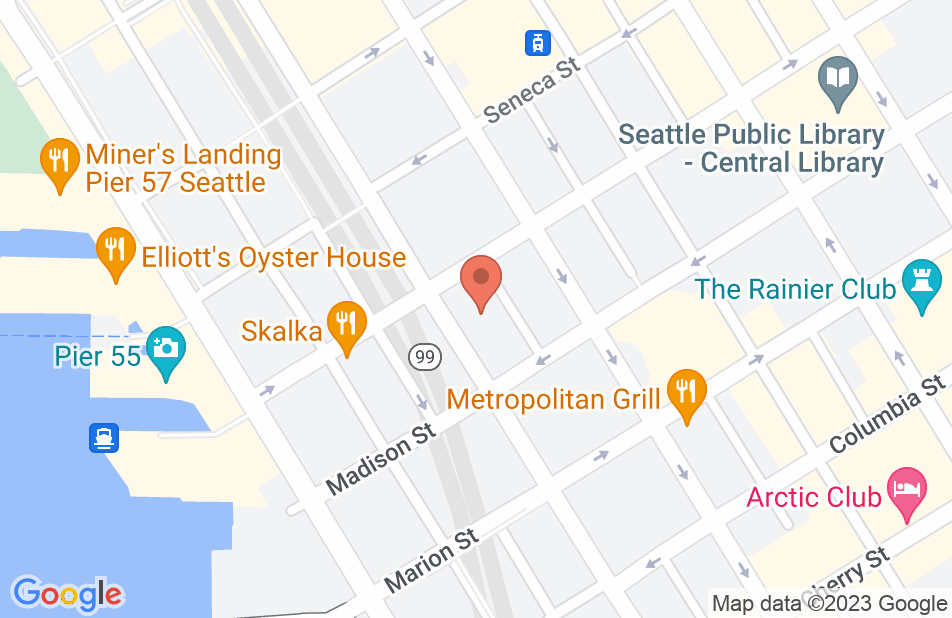 Bill and his team (including his wife, Julie) are absolutely terrific. They are skilled and committed advocates. They are also supportive and empathetic, and do everything possible to make a difficult journey easier for their clients and their clients’ families. They do a great job of keeping clients informed from start to finish, and of explaining every step of the process. Bill’s network of expert witnesses and consultants, a critical component of food poisoning claims, is outstanding. Bill himself is smart and understanding, and incredibly experienced in this field. He is also someone you would be glad to spend time with under difficult circumstances, and someone who cares about his clients, not just about their cases. Simply put, my spouse and I believe Bill is the best food poisoning lawyer in the country. - A food poisoning client of the Marler firm
This review is from a person who hired this attorney.
Hired attorney

Bill Marler and team Guided us through a difficult process we would like have been able to do without him. He is very responsive, always available for questions and called often to keep us posted of progress. We had a great outcome with his support.
This review is from a person who hired this attorney.
Hired attorney

I hired Mr. Marler personally. He handled my claim efficiently and with integrity. He is a class act!

Bill Marler is an excellent lawyer.

Bill as well as the other lawyers that he works with are great. My daughter and I both became sick with E.coli, she became extremly ill and it was a terrifing time for our family. But from the moment we contacted Bill's law firm they were attentive and informitive, they helped us through that difficult time. After we knew she was going to be alright and was discharged from the hospital Bill's team of lawyers got the ball rolling and they never stopped until we had a fair settlement. Bill was kind and very responsive, I trusted that Bill would be able to get our daughter a fair settlement. They went above and beyond for our familly, each person that we worked with individually came to our home town and we were able to meet them. They were all very kind and gracious towards us. At our settlement hearing one of the lawyers stayed with us the enitre day, talking us through everything and making us feel comfortable. Bill was always there to answer questions ( I had many) and I always recieved a call back. I think Bill is great lawyer and a great person. I would recommend him to anyone else in similar situations as we were in.

Mr. Marler handled my E.coli case which was settled out of court last year. My case was a bit complicated because of the time that had ellapsed between the time I got sick and when I decided to file suit. Mr. Marler was always optimistic, sometimes more so than I. In my opinion what sets Mr. Marler apart from other attorneys is that fact that he genuinely cares about his clients. He is a wonderful man and an excellent attorney.

I endorse this lawyer. Bill Marler is one of the best personal injury lawyers I have ever worked with. He understands the law and people. He is a true professional and a great advocate.

Brilliant, hard working and committed. No one fights harder for victims of food-borne illnesses against careless food processors, distributors and their insurers. Bill is a true agent of change- dedicated to making our food supply safer.

Bill Marler is one of the elite lawyers in the U.S. His groundbreaking work in e.coli cases has provided full and fair compensation for hundreds who have been injured due to unsafe food distribution and preparation.