David began his career in the legal field in 2001, working as an economist for a large, Washington, D.C. firm on the Department of Justice's RICO case against the tobacco companies.  David would later be hired by that same firm as an associate, and assisted in the representation of Fortune 500 companies in the fields of internet service providers, telecommunication companies, and major retailers of household goods.

In 2010, David returned to Central Oregon with his family, where he has exclusively practiced personal injury law since 2011.  While many civil attorneys seldom get to court, David has arbitrated and mediated injury and accident cases throughout a good deal of Oregon and tried cases to 12-person juries in Deschutes, Jackson, Josephine, and Klamath counties.

Leveraging a well-rounded background in law, economics, and damage theories, David combines Big Law training with the heart of a person who has gone through the legal process as a plaintiff, himself, delivering fierce representation for his clients.  He draws from this extensive legal experience to advocate for victims of motor vehicle collisions, bicycle and pedestrian accidents, slip and falls, product liability issues, wrongful death, and other negligence.

David attended the University of Maryland School of Law on a full scholarship, where he was mentored by President Jimmy Carter's Attorney General, Benjamin Civiletti.  While in law school, David spent a semester working in the United States Senate for Ron Wyden and at the United States Department of Justice main building.  David's undergraduate degree is from the University of Pennsylvania. 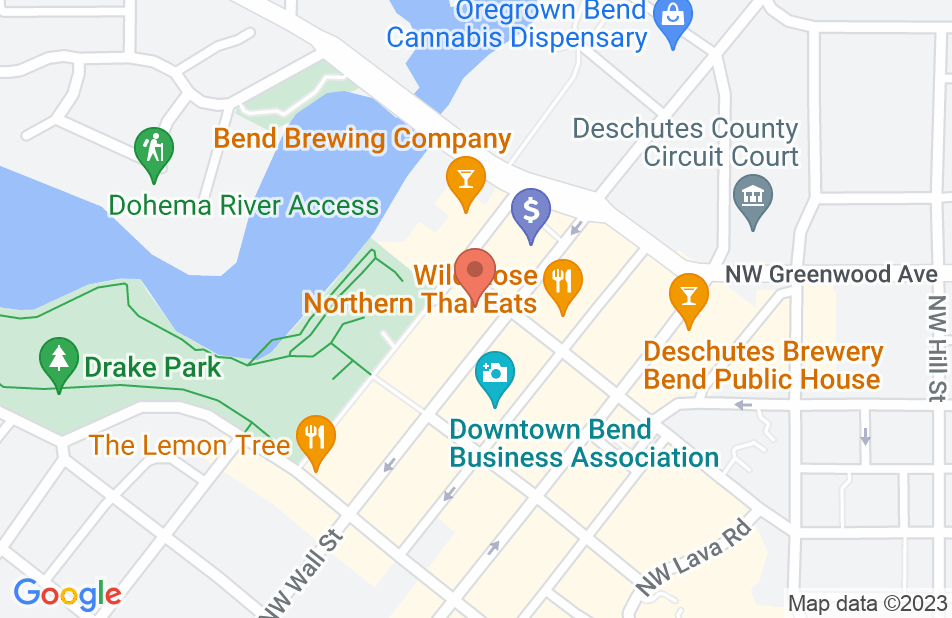 David and his staff were all around amazing. They not only obtained the best possible settlement, but also just made me feel well taken care of and respected throughout the whole process. High desert law made sure the insurance companies provided the product and service we purchase from them. Highly recommend David and his firm. Brandon
This review is from a person who hired this attorney.
Hired attorney

David is an amazing personal injury attorney. He helped me understand the insurance process, was very informative, and patient. Thank you so much for all your help! Would definitely recommend David to anyone who is in search of a personal injury attorney.
This review is from a potential client who consulted with this attorney.
Consulted attorney
David Rosen's response: Thank you, Tatiana. I appreciate the kind words. I am so glad we could be of help. Kind regards, Dave

David Rosen guided me through a difficult time when I was not only dealing with a concussion, but dealing with a city insurance company. While he ended up only consulting, and we didn’t officially hire him, I feel that the case was resolved because of his due diligence, and he always had my best interest at heart. If I ever need legal representation I plan to hire David and would highly recommend him to anyone looking for an honest lawyer and genuinely good person.
This review is from a potential client who consulted with this attorney.
Consulted attorney

had talked with several attorneys about my situation and they didn't or wouldn't help me. I contacted David Rosen and he made the time for me to come in and see him. I can't Express enough what a wonderful experience I had working with David Rosen. He is kind, straightforward and honest. I stepped back and let him handle everything. I trusted him to do his job. I couldnt be more pleased with the out come. Absolutely the best attorney I have ever had to work with. He truly does care about his clients.
This review is from a person who hired this attorney.
Hired attorney

I asked Dave for some advice about 4 months ago and he was very helpful. He ended up pointing me in the right direction even though he was unable to take my case.
This review is from a potential client who consulted with this attorney.
Consulted attorney

Dave is a great lawyer

We hired Dave for my husband’s personal injury case. He is empathetic, understanding, and a wonderful advocate. We enjoyed working with Stacey and Laurie. They were always on top of the details of our case and responsive when we had questions. Dave and Stacey did an excellent job of preparing us for deposition and supporting us through mediation. We settled our case and resolved our medical liens, which gave us peace of mind. We highly recommend Dave and his team.
This review is from a person who hired this attorney.
Hired attorney

I was a client of Dave Rosen. He is very knowledgeable and professional. He stood by my side the entire journey and I had no doubt that he was acting in my best interest the entire time. I highly recommend him.
This review is from a person who hired this attorney.
Hired attorney

Dave and his assistant, Laurie at High Desert Law, LLC have been absolutely fantastic through this whole process. This being the first time I've ever had to pursue this type of action, I had no idea what to expect and I was frustrated to no end after having dealt for 2 years with a hostile insurance company that treated me as the bad guy even though I was the victim in the situation. After reassuring me on my first visit that my fight with the insurance company was over and that he would take care of things from here, Dave expertly handled all of the details while continually keeping me updated on the progress, making the whole experience relatively simple. In the end, due to Dave's high level of proficiency and understanding of the system, I was extremely satisfied with the award I recieved. Thanks Dave and Laurie, for a job well done!
This review is from a person who hired this attorney.
Hired attorney

David was fantastic and very conscientious while helping our family through an injury to our son, who was 4 at the time. He was easy to work with and paid careful attention to detail. Our options were explained carefully and we felt informed the entire process.
This review is from a person who hired this attorney.
Hired attorney

Dave helped us through our son's personal injury case. We were so thankful to have had him help us navigate all of it, and he did so with such professionalism and took all of the burden off of us. My husband and I are so appreciative for his help in getting a positive outcome! Would not hesitate to recommend to anyone!
This review is from a person who hired this attorney.
Hired attorney
See all reviews

Dave is a terrific attorney and highly recommended for anyone unfortunate enough to be in a car accident or otherwise needing a personal injury attorney.