Ms. Ferrer, former partner at Nakamoto & Ferrer, opened her own practice in Family Law on February 1, 2019. As a Family Law attorney, Ms. Ferrer has a unique depth of knowledge about Hawai'i’s Family Court. After graduating in 2014 from the William S. Richardson School of Law, Ms. Ferrer served as a law clerk to the Honorable R. Mark Browning, Senior Judge of Family Court and Deputy Chief Judge of the First Circuit. As Senior Judge Browning’s law clerk, Ms. Ferrer assisted in the administration of over 500 employees and the numerous programs and court proceedings of the Family Court, including juvenile probation programs, a youth detention facility, and proceedings involving juveniles charged with crimes, unsupervised minors, adoptions, guardianships of minors and disabled adults, abused and neglected children, domestic abuse, divorcing families with alimony, property division and child custody issues, and never-married families with child custody disputes. After concluding her clerkship in 2016, Ms. Ferrer became an associate attorney for the Law Office Of Mei Nakamoto. In May 2018, the Law Office Of Mei Nakamoto transitioned to Nakamoto & Ferrer, with Ms. Ferrer being a named partner.

During law school, Ms. Ferrer was a pro bono volunteer with the Family Court’s Ho‘olokahi program, which assists parents who have children subjected to abuse or neglect. She also helped establish Law for Youth Empowerment (also known as LYtE), a law student organization designed to educate and advocate for incarcerated and at-risk youth in Hawai'i. In addition, Ms. Ferrer also served as an extern with the family law division of the Legal Aid Society of Hawai‘i, where she assisted LASH attorneys and staff with indigent adults who needed assistance with divorce, child custody and domestic abuse protection needs.

A 2006 graduate of Punahou School and 2010 graduate of the University of Hawai'i at Manoa, Ms. Ferrer was admitted to the Hawai‘i State Bar Association in November 2014. She is licensed to practice in all courts in the State of Hawai‘i.

Ms. Ferrer is also currently a member of Hawai‘i Women Lawyers organization, serves on the board of directors for the Hawai‘i Filipino Lawyers Association, and is an officer for the Child Law Section of the Hawai‘i State Bar Association. 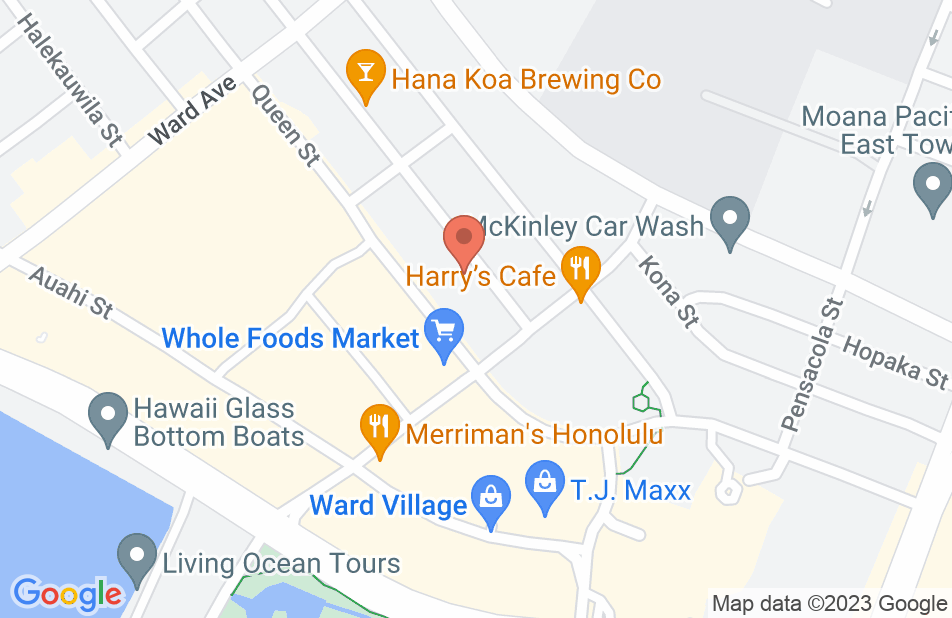 Shelby helped me to successfully negotiate a divorce settlement with my ex that I felt was fair when my ex was acting less than cooperative and reasonable. Her advice and assertiveness helped me to have the confidence to stand up for what I felt was right for myself and the kids. Shelby was very patient while listening to my questions and concerns and provided clear answers. I appreciated how Shelby billed for her time - I never felt pressured to reduce my communication with her for fear of an unreasonable charge. The case moved quickly with Shelby's directness and I was pleased with the results. I highly recommend Shelby as a divorce lawyer.
This review is from a person who hired this attorney.
Hired attorney

My divorce had been conducted in Honolulu around 3 years ago. I needed to make corrections to my child support and alimony in order to get a home loan approved. I was in Afghanistan at the time, so I knew retaining a lawyer was the only way I could make theses adjustments in a timely manner. I called Shelby's office to set up a free consultation, and received a call back from her within 2 hours. Two weeks later my documents were signed by the judge. I would definitely recommend Shelby Ferrer to anyone.
This review is from a person who hired this attorney.
Hired attorney

While trying to finalize my divorce without an attorney, I soon realized with little time that I had to get representation. I was referred to Shelby from another attorney who was too busy to take me on as a client. He said that Shelby was a very good attorney and I agree. Shelby was busy at the time and still was able to take me as a client. She was very thorough in checking the prenup and tax documents that I had given her and with a short amount of time to prepare for my hearing. She gave me very good advice and asked me how I wanted to proceed. I only wish the judge sided more with me, but that was no fault of Shelby. That's just how it goes sometimes. After my decree was finalized she has still given me great advice when it comes to disagreements with my ex. I feel that she represented me well, didn't feel like I was nickle and dimed and would refer others to use her if they need a good and caring divorce attorney.
This review is from a person who hired this attorney.
Hired attorney

Hi Shelby, I tried to inquire from the courts for the notice of submission and no one knew about it. Could not find a form. They seem to think lawyers are using an existing form, but, re-wording it and changing the language. Can you please direct me to how I am to get this form to submit asap Thank you
This review is from a potential client who consulted with this attorney.
Consulted attorney
Shelby Ferrer's response: Dear Anonymous, I appreciate your rating my services. As to your question, the comment section of your review is not the proper forum to offer you legal advice because it is public and cannot protect your confidential information. You are welcome to contact my office to schedule a free phone consultation. Thank you.

Shelby was a great attorney. She was helpful and informative throughout my entire case. She was patient with me and explained anything that I didn't know and had my best interest in mind. She kept me updated with what was going on with my case and I got what I wanted, which was establishing custody with my child. I am very happy with the result. I highly recommend Shelby. You can trust her and she will honest with you while trying do what's best for your case.
This review is from a person who hired this attorney.
Hired attorney