Before entering law school, Mr. Hunter was a real estate investment sales broker for CB Richard Ellis in Honolulu. During that time, he was involved in over 75 sales and 135 leasing transactions for nearly a billion dollars in commercial real estate assets. He was engaged in projects in Hawaii, Guam, and the Caribbean.

Mr. Hunter holds a business degree from the Haas School of Business at the University of California, Berkeley. He also is a licensed real estate broker.

Mr. Hunter is a member of the Hawaii State Bar Association and the American Bar Association. He is admitted to practice before all state courts in the State of Hawaii, and the United States District Court for the District of Hawaii. Mr. Hunter also serves as a volunteer mediator with the Mediation Center of the Pacific. 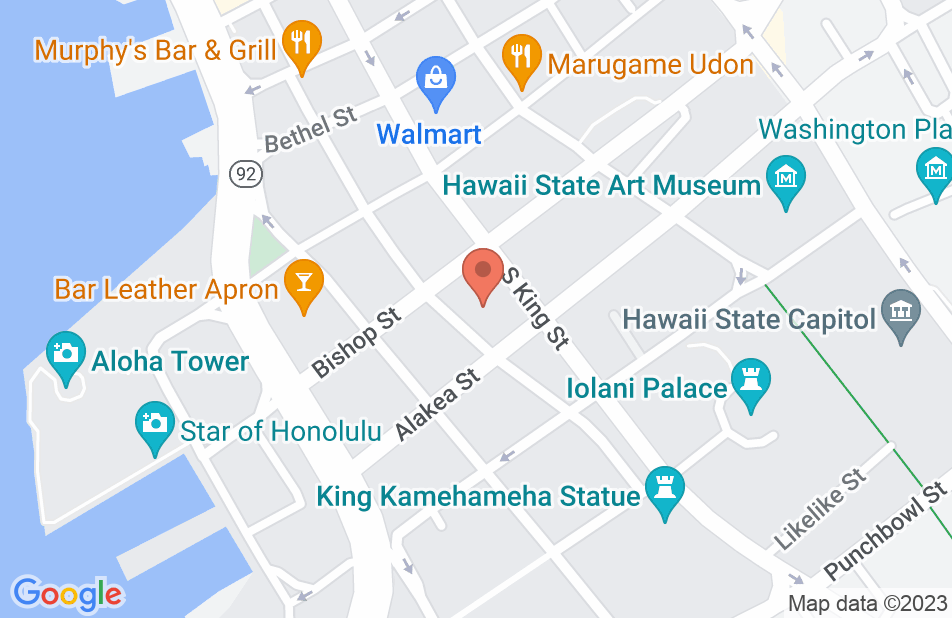 Not yet reviewed
Review Charles Hunter

A top notch litigator and excellent choice for litigation and real estate matters.

I endorse this lawyer. Charles is an aggressive advocate with a large body of legal and business experience. His passion and knowledge results in great outcomes for his clients.