When a person is charged in a criminal case or is threatened with losing their professional license, it is one of the scariest moment's in their life.  I understand the need to have a professional, aggressive attorney that is going to fight to preserve the client's rights and win their case.  I have a team of professional staff, investigators and experts that help ensure my clients are provided the best defense possible.
After years of public service as a public defender, I opened my own law firm so that I could provide my clients with the very best legal representation without the limitations endemic of a case load that is too high. If you are looking for an attorney who can handle a tough case, give me a call. I love the challenge of trial and the joy of helping clients win their cases 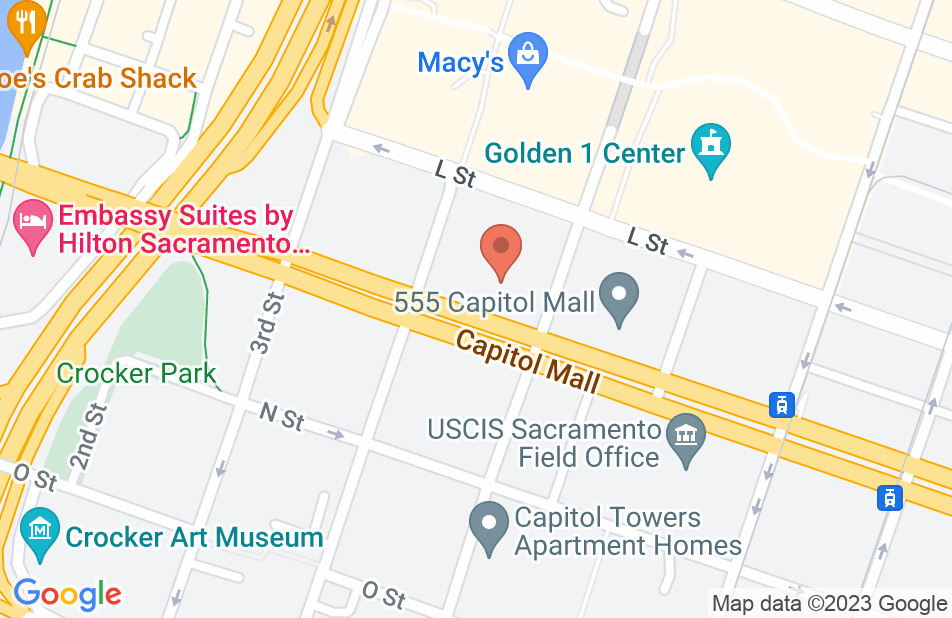 Kelly is a very efficient lawyer. She picked-up my case very quickly, driving it to a excellent resolution. Definitely recommended.
This review is from a person who hired this attorney.
Hired attorney
Kelly Babineau's response: Thank you for the review. I am happy everything worked out so well.

I’m almost 40 yrs old and have never needed an attorney in my life. I found myself in a situation that I NEVER could have even dreamed I would be in and from the very first contact with Kelly I could tell she had my back. She believed in me. I can’t even begin to express how much this amazing woman helped me in the scariest time of my life. She went way above and beyond what I ever expected from a criminal defense attorney, always with my best interest in mind. Kelly’s professionalism and ethics, and most importantly human connection and understanding, just blew my mind. I am beyond grateful I found her and would recommend her a million times over to be the one you have in your corner.
This review is from a person who hired this attorney.
Hired attorney
Kelly Babineau's response: Thank you so very much for the lovely comment. I am so pleased that you were happy with my representation.

Kelly is an outstanding criminal defense attorney, and I recommend her to anyone who needs an experienced advocate by their side.
This review is from a potential client who consulted with this attorney.
Consulted attorney

Kelly Babineau is a true professional that I highly recommend for ANY legal representation. I am so glad I came across Kelly because she was the best lawyer for my case. She was very knowledgeable about my case and took her time to explain things to me. Whenever I had a question, she answered it, and she worked from the beginning to end of my case with the same enthusiasm. She fought very hard for me. She is simply OUTSTANDING and worth the money I paid for her services.
This review is from a person who hired this attorney.
Hired attorney

Kelly is a blessing

I had the pleasure and honor of working with Kelly Babineau, and I can say with full confidence, that Kelly is amazing at what she does. She goes out of her way to help and support you. When you are put in a position where you need to find someone to defend you, its a tough spot to be in. It takes an emotional toll on you and makes you depressed. When I met Kelly and spoke with her, I felt relief, I knew I was in good hands. She will tell you how it is and what she can do for you. Kelly is very driven and determined with her work. She takes the case very serious and makes it a priority. Kelly never stopped believing in me or losing hope. Thanks to her, my case won. I do not know how I would have made it through all of this without her. I would recommend her to anyone, she is worth it. Thank you Kelly, you are a miracle.
This review is from a person who hired this attorney.
Hired attorney

The best of the best

Kelly is an inspiration, and I had the pleasure of working with her. Nowadays it is so hard to trust people, and even harder to find someone to represent you. But from the moment I walked into Kelly's office I knew I had made the right decision. Giving her my case, seeing her work and analyze every piece of information, I trusted her. She is very hard working and driven, and her work shows it. Kelly is always well organized and prepared, and can answer all of your questions or concerns. With my case I was going through a lot, emotionally and financially. But with her on my side, I knew things would work out. She put me at ease and made me feel comfortable. Kelly always notified me of any changes in the case. The outcome of my specific case was amazing. I had won, with her by my side. Kelly has impacted my life and helped me get back on my feet. All I can say is Justice has been served. I would recommend her to everyone. Thank you Kelly for everything you have done for me.
This review is from a person who hired this attorney.
Hired attorney

I am so happy I received a recommendation for Kelly Babineau, Attorney at Law. Although the charge I was facing was very common, my case was unique. Mrs. Babineau from the very beginning was diligent and tenacious with the DA regarding my case. My case was continued for over a year, but Kelly was persistent that the DA drop all charges. Although I was confident in going to trial, Kelly was able to get the DA to offer an almost unheard of plea bargain (unheard of regarding the charges against me). Mrs. Babineau laid out my options, and I decided to take the plea. Kelly did not try and force the plea, she would have been more than willing to go to trial. This is one of the many reasons I would highly recommend Mrs. Babineau to anyone in need of a lawyer. I am pretty confident that if I had gone with the lawyer my union had recommended things would have turned out very differently. Kelly is smart, down to earth, friendly, easy to talk to, and a down right great lawyer. Thank you so much Kelly
This review is from a person who hired this attorney.
Hired attorney

I hired Mrs. Babineau to help me with a D.U.I. Mrs. Babineau was so amazing on making me feel unlike a criminal. She went beyond her means to make sure everything done by the police was done correctly and precise. She fought hard to make sure I got the lowest penalty and the lowest fees as possible. She did everything she said she would do and more. She did all the work to the point I didn't even have to make one appearance in court so I didn't have to miss any work. I recommend Kelly Babinau for anyone that has a criminal case. She is a determined young lady who will go to bat hard for u. If I had to do it all over again, I would definitely call Mrs. Babineau.

Kelly and her office are great. She really came through and helped our family. She is very caring and informative, always kept us up to date and I felt she was really there for us. It is because of her my husband is home with us. I am very grateful for her services and she has a great office staff as well. Thank you Kelly!

I have been very fortunate to be represented by Ms Babineau. she is one professional who approaches her duties very seriously. Ms Babineau goes above and beyond to ensure her clients are well represented. She advocates diligently for her clients and is very passionate about her job. Ms Babineau is also very accommodating, she will meet with me at late hours or very early in the morning and often times have offered to drive and meet me half because I live an hour plus away from Sac Town. We need more dedicated counsellors like Ms Babineau in the legal field.
Kelly Babineau's response: It has been a pleasure to work with you Pam. Thank you for the great review.
See all reviews

I endorse this lawyer. Ms. Babineau is an excellent litigator with extensive experience in all areas of criminal defense. She is highly respected for her skill, compassion, and commitment to each and every client.

I endorse this lawyer. She is very well known as a very effective advocate for her clients. Her experience, expertise and dedication are second to none.

The best praise I can give Kelly is this: If were arrested she would be at the very top of my list of people to call. She is incredibly skilled and hard working.

Kelly Babineau is an extremely talented and skilled trial attorney. She is so commanding in the courtroom, I almost feel sorry for her opponents (almost). I heartily endorse this lawyer.

Ms. Babineau is a superb attorney. She is a zealous and experienced advocate with a demonstrated compassion for her clients. You can rest assured that Ms. Babineau will fight for your rights.

I endorse this lawyer with the highest compliment that I can give in this profession. If I need a lawyer for myself I would go directly to her office.

Ms. Babineau is a true defense lawyer. She truly cares for her clients and gives her clients the best defense possible. Truly a fantastic criminal defense attorney.

Ms. Babineau is sharp, experienced, and totally committed to her clients. She knows how to present a dynamic case to a jury. She was well-respected when she was a public defender, and has earned the respect of her peers in the private legal community. I endorse her work.

I first saw Ms. Babineau when she gave a presentation at a California Public Defender's Association (CPDA) seminar almost a decade ago and was very impressed. In the last few years, I have had the privilege of watching her in action in Sacramento and talking to her about cases. Kelly is not afraid to litigate, go the extra steps for her clients and an excellent defense attorney!

I endorse this lawyer. She is extremely intelligent and knowledgeable of the law, and is an exceptional advocate for her clients.

Ms. Babineau is an excellent attorney. She is very knowledgeable and is passionate about defending her clients.

I endorse this lawyer. Ms. Babineau is a very intelligent and hard working attorney on behalf of her clients.

Ms. Babineau is one of the finest lawyers I have ever had the pleasure to work with. Her command of the law is excellent and she works constantly to stay current with new legal developments. She is a talented litigator, who cares deeply for her clients. I would recommend her to anyone facing the most serious criminal charges.