Mr. Donadio was raised in Concord, Massachusetts, where he graduated in the top 10% of his high school class. In 1985 he graduated with a bachelor's degree in philosophy from the University of Pennsylvania.

After moving to California, Mr. Donadio went to the University of San Francisco Law School (USF), where he was president of the Environmental Law Society. After graduating from USF, Mr. Donadio spent a summer clerking for the White House's Council on Environmental Quality and obtained a masters degree in law, with a concentration in environmental law, from Vermont Law School.

Mr. Donadio began work with the Novato, California office of Brayton Purcell in 1991 as a law clerk and an associate immediately after his admission to the California Bar. His responsibilities included case management, law and motion, and all phases of discovery. In January 2000, Mr. Donadio became a partner. He is responsible for overseeing the day to day operations of associate attorneys and paralegals in the Novato, Los Angeles, Portland and Salt Lake City offices. He has been designated as a Super Lawyer from 2009-2017.

Mr. Donadio is admitted to the California Bar; U.S. Court of Appeals, Ninth Circuit; and the US District Court, Northern District of California. He is a member of Consumer Attorneys of California and Public Justice. He chaired the General Order Revision committee and helped draft the revised Case Management Order. He is also a 2018 Marin County Settlement Conference Panelist and volunteers as a mediator for the Marin County Superior Court. Mr. Donadio and his wife live in Novato, California. 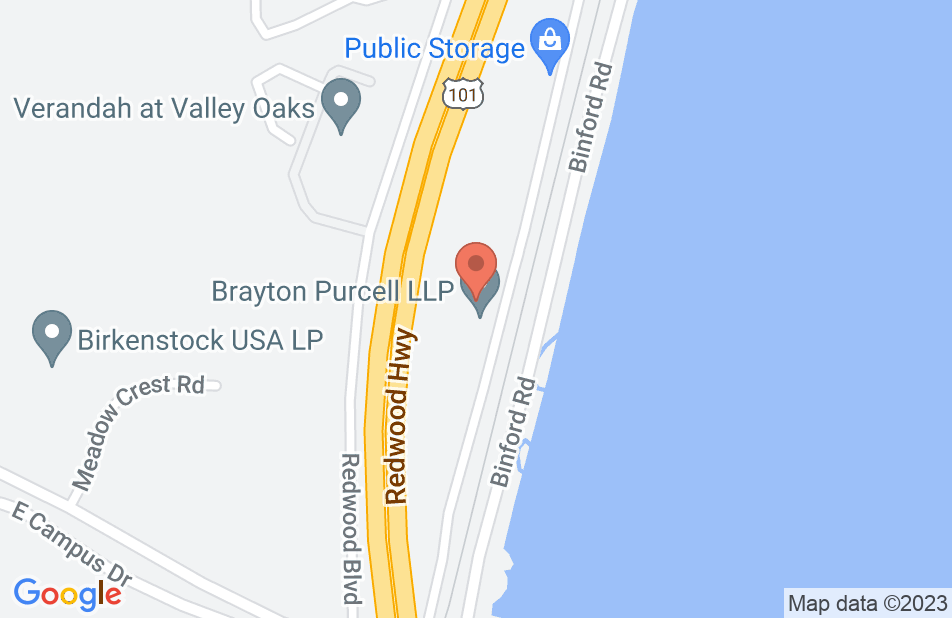 Not yet reviewed
Review David Donadio