Ms. Ham has practiced exclusively in the field of family law since she was admitted to practice in 2009.  She specializes in complex divorce, custody, support, guardianship, paternity and domestic violence matters. Ms. Ham understands the complex emotional feelings a family law matter may cause someone, and handles an individuals case with compassion and direction. A tough advocate, she fights vigorously for her clients in and out of court so that their interests are best represented. Ms. Ham’s interest in family law began when she was a rape crisis counselor for the Sexual Assault and Domestic Violence Center while completing her bachelor’s degree. During law school, she served as a legal intern for Women Empowered Against a Violent Environment aiding low income litigants in completing divorce and restraining order paperwork.Ms. Ham has not only practiced for established law firms in the San Francisco Bay Area, but she has also been an active member of Family Law Sections of the local bar associations, serving as the Alameda County Bar Family Law Section’s Vice Chair from 2010 – 2012.  She also served on the Bay Area Regional Standing Committee, Family Law Sub-Committee of Delegates, and the Sacramento County Bar Association Delegation to the Conference of Delegates, all committees which researched, reviewed, and made recommendations on family law legislation. Currently Ms. Ham is a Board Member of the California Young Lawyers Association. Ms. Ham graduated from the University of California, Davis with a Bachelor of Arts in both Political Science and Women & Gender Studies, and a minor in Sociology, with an emphasis in Law & Society.  She earned her Doctor of Jurisprudence, with Distinction, from the University of the Pacific, McGeorge School of Law in 2009 with a specialization in trial advocacy.  A member of the California Bar, Ms. Ham is also admitted to practice before the U.S. District Court for the Northern District of California. She practices in Alameda, Contra Costa, Marin, San Francisco, and San Mateo County. 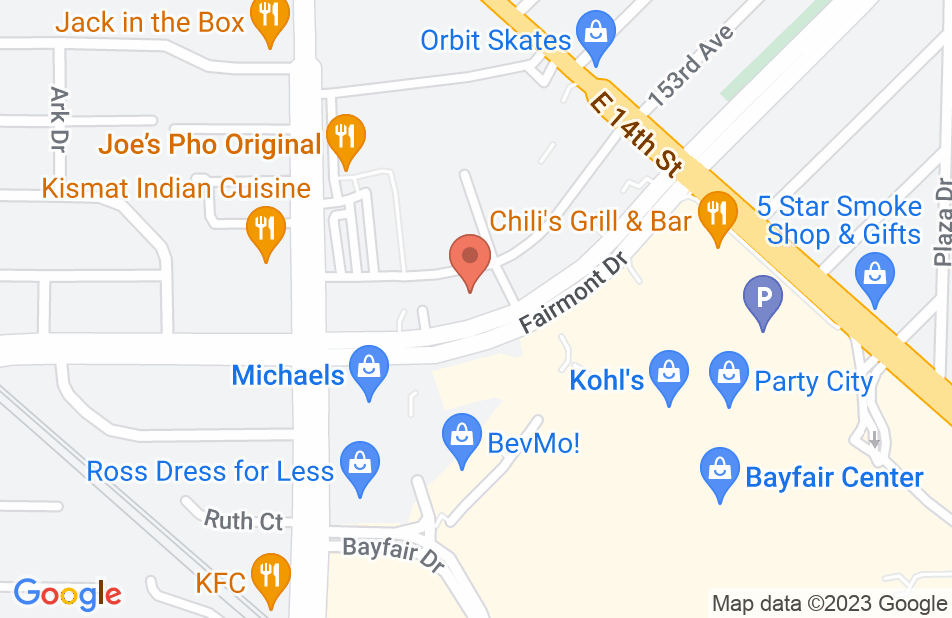 When my ex tried to reduce spousal support after less than a year, I felt distraught. Cari was wonderful. Very professional and kind toward me. I have recommended her to friends. She knows her stuff. I’m eternally grateful.
This review is from a person who hired this attorney.
Hired attorney

I hired Caroline Ham to navigate a custody battle. The situation was very heavy, depressing, overwhelming, and lasted several months. The port in the storm was our lawyer, Caroline. She was fantastic and very prepared in the courtroom and in front of the judge. Outside of the courtroom she was constantly updating us and quickly responding to our calls. She is clearly well-versed in family law, and was an immeasurable asset to our case. If we ever need a family lawyer again, she will be our number one choice without a doubt.
This review is from a person who hired this attorney.
Hired attorney

Having someone on your side, makes all the difference in the world!

We did it!! Thank you doesn’t express my gratitude nearly enough! Not only did Caroline Ham represent me, she sat there right next to me. I can’t even count how many times I have gone to court over the years, and each time I sat there alone at that desk. To have someone sitting next to you, on your side, helping to maximize the volume of my voice, my daughters voice. I have never felt so powerful. Having someone validate the issues I keep repeating in the courtroom year after year and finally being heard is profound! I feel like I can breathe now, I can take a moment to rest and let someone fight for us. I am reassured and re-inspired. I have peace knowing that my daughters voice was finally heard. Our fight may not be over, but I know who I’m going to reach out to when I need support. Thank you Cari, not just as a life ling friend, but as a Mom wanting the best for her little girl.
This review is from a person who hired this attorney.
Hired attorney

Your must have family law attorney

If you are looking for a family law attorney, Ham Family Law should be your first choice. Ms. Ham is not only knowledgeable in every aspect of the legal system, but she also has an incredible passion for what she does. Divorce is a scary and stressful event for most people, but Ms. Ham will guide you through with ease! She was extremely personable the first time I spoke with her on the phone, and I immediately trusted her with my future during my divorce. Ms. Ham also shines in the courtroom and advocates fiercely for her clients! If I had to go back and hire a family law attorney again, I would absolutely choose Ham Family Law.
This review is from a person who hired this attorney.
Hired attorney

If you care about your case, choose Ham Family Law.

When I hired Ms. Ham, I had one request. I asked for her to fight for my child's safety as hard as I do. I could tell from her response that there was no other attorney who had the tenacity, knowledge, and passion that I could entrust the safety of my child to. Ms. Ham had her work cut out for her. She was not the first attorney on this case. So not only was she stepping into a volatile, ugly custody battle, she had to fix the mishandlings of the attorney before her. She gave up weekends and vacations, putting my child's safety above her own personal life. She filed motion after motion, cited case law, decided what evidence was strong and what looked petty/weak. She was prompt and professional in all her communication. I trusted her judgement, and she never steered me wrong. As long as you are open and honest and hold up your end, you will not be disappointed. Ms. Ham was a blessing. I used to cry every day because I was so broken-hearted that I could not protect my child. I wanted to give up. Since she has taken my case, I know he is safe. We have made memories with smiles not tears. But most importantly, I crawl into bed every night without overwhelming fear or sadness or anxiety that I felt previously. I know we are in incredible hands with Ms. Ham. As corny as it may sound, this past Thanksgiving I gave thanks for her and her work.
This review is from a person who hired this attorney.
Hired attorney

Ms. Ham has been a blessing during a difficult time. She was able to professionally, yet kindly, answer my various questions regarding the many forms and paper work associated with a divorce. She was very knowledgeable and the inside and out of each form. She spoke with utter confidence yet was never prideful. I felt very confident with any and all suggestions she had for me. Thank you!!
This review is from a potential client who consulted with this attorney.
Consulted attorney

I was so incredibly fortunate to have Ms. Ham represent me with my custody case. From the very beginning, I felt listened to. I felt assured. I felt a guidance that I needed at that time-for filing paperwork, what to expect in court, the whole process, etc. I’ve never been to court besides jury duty. So the whole thing was extremely overwhelming-at first. Caroline was reassuring, professional, well-spoken, and (WOW) a force to be reckoned with in court. Her confidence and knowledge is just what I needed. And guess what? The outcome was just what she predicted and just what I wanted.
This review is from a person who hired this attorney.
Hired attorney

Ms. Ham helped my through a name change in the state of California while I was out of state obtaining my doctorate. She was easy to communicate and explained every step of the process. The whole process was short and easy. Thank Ms. Ham.
This review is from a person who hired this attorney.
Hired attorney

After being connected with Cari through my sister, it was clear that I would love for her to represent me. Cari was smart, very responsive, and explained the process every step of the way. During a hard time in my life, it was so nice to have someone who I could trust. I would highly recommend Cari if you are looking for a strong, confident lawyer to represent you!! She is AMAZING!!!
This review is from a person who hired this attorney.
Hired attorney

Cari is a gem! After being connected to Cari through a friend, I could not be happier with the results. Cari helped me through a very tough part of my life and always helped me to stay calm, positive and productive. She incredibly genuine, warm, and funny! If you're looking for a lawyer, you will be happy to have Cari by your side. I know I was! Thank you for everything, Cari.
This review is from a person who hired this attorney.
Hired attorney
See all reviews

Caroline is an exceptional lawyer and a pleasure to know. I endorse this lawyer.

Caroline Ham is a highly experienced family law attorney who has worked for some of the premiere family law firms in the Bay Area. I endorse this lawyer.

I have found Caroline to be extremely competent, knowledgable and client focussed. Caroline delivers!