I graduated from the University of Pennsylvania with a Degree in Diplomatic History. I subsequently graduated from Santa Clara University School of Law in 2001. I started my legal career as a prosecutor working in the District Attorney’s office in San Mateo County where I worked from 2001 to 2007. In 2007, I joined the prestigious law firm of Ropers, Majeski, Kohn & Bentley to pursue the civil arena of law, wherein I handled all types of cases, including intellectual property, employment, real estate, and personal injury.
In 2008, I left to start my own practice doing criminal defense. Throughout my career, I have had tremendous success handling a multitude of serious cases, including sex assault, DUIs, assault, domestic violence, robbery, gang allegations, drug sales and possession, burglary, theft, and attempted murder. Successes include outright dismissals of felony and misdemeanor cases, defending a multi-count rape case to not guilty verdicts at a jury trial, getting clients drug and alcohol treatment programs instead of jail sentences, persuading Judges and Deputy District Attorneys to disregard prior strikes, earning multiple not guilty verdicts at trial, and getting cases thrown out based on illegal searches by the police.

Personally, I live in the Bay Area and am a dad to three boys, all of whom are active in sports.  I enjoy coaching their teams.  When I am not coaching or doing something with my boys, I like to play golf or ski. 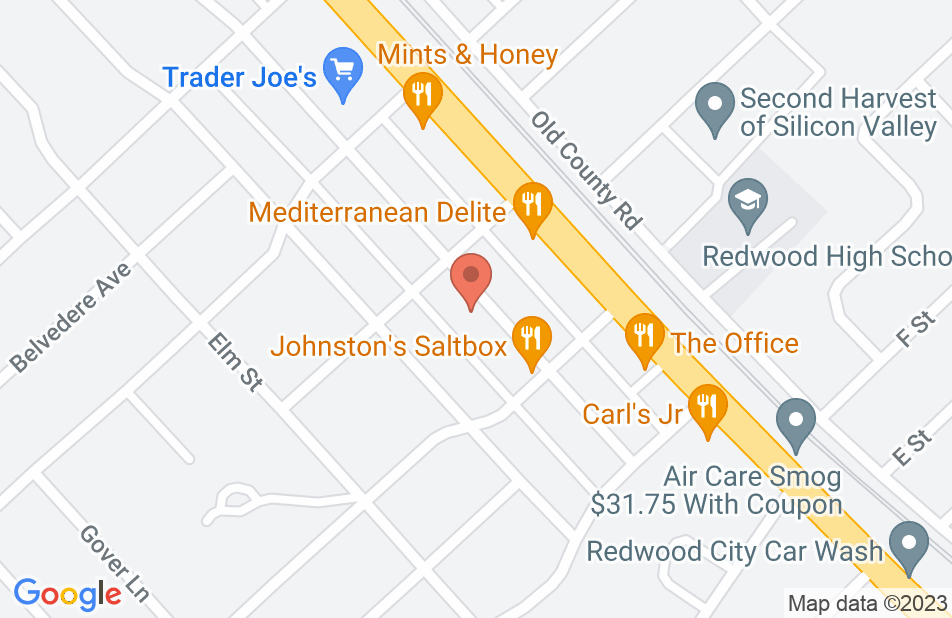 After speaking with nearly 8 different attorneys, Jeff was a no-brainer. He showed a comprehensive understanding of the legal framework, the judicial dynamics and came up with a great, pragmatic strategy that resulted in our charges being dismissed. Every step of the way, Jeff remained in constant communication with us and never hesitated to answer our questions and provide us with incredible insight into the process. We owe him an enormous debt of gratitude.
This review is from a person who hired this attorney.
Hired attorney
Jeffrey Jackson's response: Thank you for the nice comments. While every case does not end in a dismissal, working together for a common goal often has positive results. It was a pleasure meeting you. Jeff

I never expected to be facing charges for a domestic situation turned awry. Last year, however, I was facing charges I felt were wrongfully brought against me. Prior to Mr. Jackson, I had hired an attorney who spoke to me condescendingly, attempted to influence my decisions, didn't respond in a timely manner, and whom I later found was being dishonest. Unfortunately, I had paid that attorney in advance, and lost money. I fired him, and went with Jeff upon referral from some one who had told me, "I trust Jeff with my life." And now I know why. Jeff was the complete opposite of my 1st attorney. He seemed genuinely concerned, patiently answered all questions, attended to the details of the case, was always professional, and really went to bat for me in court. My case was eventually dismissed. I interviewed several attorneys during this time - most of them appeared more concerned with winning your business, as opposed to the outcome of your case (which as we all know, can significantly impact your life). Looking back, I wish I'd hired Jeff from the start - I highly recommend him!

Glad I went to right lawyer in my first try!

Jeff is a really good lawyer and helped me getting my case not filed by the DA in a very tough situation. He was patient and made me comfortable about my situation and was in constant communication with me regarding updates to my case even if there was none! I would highly recommend him as he is extremely knowledgeable and trustworthy.
This review is from a person who hired this attorney.
Hired attorney

So happy we hired him!

Jeff came highly recommended by someone that had been in a similar predicament as my son. From the first time we spoke on the phone and then the first face to face meeting we felt so protected and relieved of the burden of navigating the legal criminal system. He’s honest and straight forward, he was great at responding to all of our questions and concerns, he replied quickly to our emails and voicemails. He was excellent to work with and he was able to get the “best case scenario” result on my son’s case. I definitely will recommend him to anyone. I hope I won’t ever need his services again, but if I do I will be contacting him again.
This review is from a person who hired this attorney.
Hired attorney

I hired Jeff for a DV case that I was arrested for. It was a very scary situation for me, because with a record like that, I would not be able to keep my job. After talking to many lawyers, I decided to hire Jeff. Jeff made me feel very comfortable, before hire, he offered to meet in person, to discuss details, took down notes during our meeting, and made very good suggestions. He was very patient, attentive, explained everything thoroughly, I felt much better after meeting with him. Jeff was very responsiveness throughout the process, and he was able to get my case not filed with the DA. I am so glad that I went with Jeff, and able to keep my record clean. Once the case was not filed, he refunded the remaining of my deposit immediately. Jeff is deifiltey the lawyer you want to hire!
This review is from a person who hired this attorney.
Hired attorney

Jeff was prompt in replying to our initial outreach to him and was very flexible in scheduling an initial consultation. We very much appreciate his transparency and patient way of explaining the legal processes—his legal expertise and empathy is amazing and very appreciated.
This review is from a person who hired this attorney.
Hired attorney

I could not be more content with how Jeff handled our case, ending in dropping the charges. Jeff has been very responsive and he took the time to explain the steps going forward in the process. His "door is always open" attitude/policy made us feel very at ease about talking to him regardless of what question we had. Also the fact that he is very in tune with the goings-on and with the judges/lawyers at San Mateo County Courthouse was a big plus for our case. He is a highly intelligent lawyer who doesn't walk around with an attitude of supremacy, he is very down to earth. I recommend him highly feel free to contact me if you'd like my opinion in person.
This review is from a person who hired this attorney.
Hired attorney

Jeff is an attorney that I trust with my life. After 9 years of not being involved in the Criminal Justice System, I found myself with another alcohol related case. The attorney that helped me in my previous cases was close to retiring and unable to take my case. I was devastated. I observed Jeff's professionalism and strategy from a previous case that affected my family, immensely (where our children were the victims). I noted his interactions with the DA at all stages of the case, including the plea bargaining stage. As a defense attorney, he ensured due process to his client and that an appropriate plea deal was reached. Given my observations, I reached out to him and asked for help. Without any reluctantance, he represented me. I was afraid that my past felony convictions would really affect the current misdemeanor charge of "Drunk in Public." During our first conversation, he had a very supportive, yet direct conversation about my need to address my relapse and alcoholism (not only for my case, but for the quality of my life). He provided me with suggestions of what to do to get back into recovery. And, I took them. He never judged me and was always professional, never condescending. He never made any promises of any outcomes. He was prompt to answer any questions. And, his answers were honest. At the end of the case, although my past convictions were brought up. He was able to truly speak on my behalf. The end result was a change in plea, to a lower level misdemeanor, and the original charge being dropped. I didn't face any jail time, or fines. Instead, I was placed on 18 months court probation and had to only pay the court fees. Upon completing my outpatient program, he even filed my certificate with the courts and took my court payment to the court clerk. He is a very competent attorney. I highly recommend him if you need representation for any criminal charge. He will always be honest and work diligently with you and the court, to ensure the best possible outcome, given the circumstances surrounding your case.
This review is from a person who hired this attorney.
Hired attorney

Jeff Jackson was referred to me by a close family friend. Unfortunately, my mother was diagnosed with cancer and shortly after I began drinking heavily, and found myself with multiple DUI charges and 2 felony charges. Every lawyer I spoke with said that I was looking at 2 years in prison, IF IM LUCKY. Mr. Jackson did not only keep me from going to jail for 1 single day. He got all of my court fines reduced. I cannot stress enough what a great attorney Mr. Jackson is.

Jeff is a fantastic attorney. He is able to handle complex cases with great skill and the highest ethics. Very well respected by defense attorneys, prosecutors, and the alike bench. Highly recommend and endorse him.

I just saw Jeff Jackson get a criminal domestic violence case dismissed at the arraignment in San Mateo County. That is a rare and excellent outcome. Jeff is just a great lawyer.

Jeff does excellent work. I've had the pleasure of collaborating with him on many complicated cases, and I am always impressed with Jeff's passion and desire to help his clients. You cannot go wrong with Jeff.

I have worked with Mr. Jackson for many years. He is professional, knowledgable, and works hard for his client. I would certainly recommend him.