Janet L. Pulliam has thirty years of experience in the areas of labor and employment law, health law, commercial litigation, and education law. While she often appears in cases in the state courts of Arkansas, most of her litigation experience has been in the federal district and appellate courts.

She is a member of the peer-selected American Board of Trial Advocates and is listed in Best Lawyers in America under Labor and Employment Law; in Chambers USA as a "Leader" in the field of Labor & Employment; and in Mid-South Super Lawyers in the areas of Health Care, Employment Litigation: Defense and Business Litigation.

She regularly advises and litigates in areas affecting public policy. Presently, her concentration is in the health law industry. She was selected by Super Lawyers as one of the most outstanding attorneys in the Mid-South in the area of Health Care Law for 2008-2011. Janet provides a range of services to health care providers, assisting them with employment issues, commercial disputes, governmental claims, civil and criminal investigations, and peer review.

Janet also serves as general counsel for the Little Rock Cardiology Clinic, where she is involved in general advice and litigation in emerging health care issues, including specialty hospitals, physician ownership and referral, economic credentialing, pay for performance, and antitrust. She served on the Institutional Review Board of Arkansas Heart Hospital from its inception in 1996 to 2007.

Recently, she was lead counsel securing significant victory for Mississippi County hospitals. On June 1, 2011, Judge Brian Miller of the U.S. District Court for the Eastern District of Arkansas ruled in favor of the local community hospitals and found as a matter of law that the Centers for Medicare and Medicaid Services' (CMS) interest in Medicare overpayment has priority over a lender's (First Tennessee Bank) security interest in receivables. While not binding, this opinion provides clarity to rural hospital systems across the country regarding Medicare overpayment disputes. Judge Miller ruled: "Although First Tennessee has a valid security interest in (certain) accounts, that interest does not attach until CMS audits and finalizes payments after each fiscal year." Farmers v. Ameris, et. al. No. 3:10CV00173-BSM(E.D.Ark.2010).

She is member of ABA Health Law Section and The American Health Law Lawyers Association. She is an active member of the ABA and participates in several sub-committees relevant to her practice and serves as vice-chair of the Health Sections’ interest group on employee benefits and highly compensated employees.

Recent work with providers has included analysis of the value and possibilities of Hospital Syndications and assisting providers in converting to Electronic Medical Records.

In the area of Education law, Janet has represented school districts, teachers, and students in a myriad of matters, and has assisted in the creation and design of student choice and student assignment plans in Illinois, Florida, and Massachusetts. In the litigation area, she was one of four lead attorneys representing the Little Rock School District seeking an inter-district remedy in a school desegregation case. This was one of the few successful inter-district remedy cases post-Milliken. Little Rock School District v. Pulaski County Special School District, 738 F.2d 82 (8th Cir. 1984), 778 F.2d 404 (en banc), cert. denied, 106 S. Ct. 2926 (1986).

In 1995, Janet was appointed by the U.S. District Court for the Northern District of Illinois to serve as legal assistant to the Special Master in the remedy phase of a school desegregation case. She served in that role until the case was concluded in 2002. People Who Care v. Rockford Board of Education School District #205, 111 F.3d 528 (7th Cir. 1997).

Also in 1995, she was appointed by the Governor of Arkansas to serve as Special Justice for the Arkansas Supreme Court.

In 2002, she took a sabbatical from private practice to serve as a senior law clerk for United States District Court Judge Billy Roy Wilson, Jr.

In 1994, she successfully represented a class of hearing-impaired persons in obtaining a ruling that the state statute barring hearing-impaired individuals from jury service was in violation of the Americans with Disabilities Act. After class certification, the State admitted liability, and the case was resolved by consent decree. Quinn v. Bogard, No. 93-CV-552 (E.D. Ark. 1993). 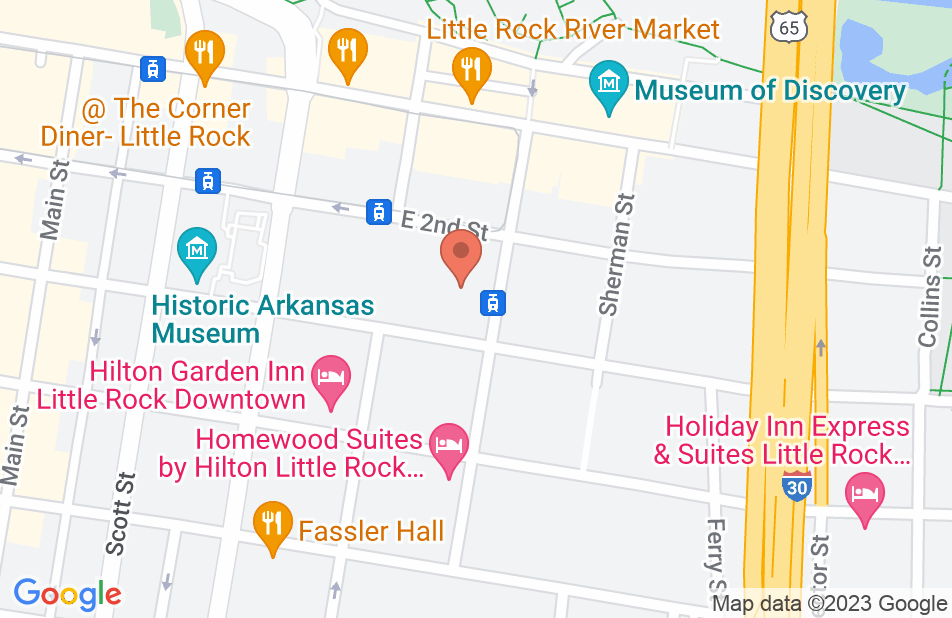 Not yet reviewed
Review Janet Pulliam

I endorse this lawyer. I have observed her consistently excellent legal skills for close to three decades. She is absolutely top in her field as a counsellor, writer and advocate.