Genevieve Leslie is an Associate Attorney with SVHC. Her practice focuses primarily on successions, estate planning, and estate litigation.

A native of Thibodaux, Louisiana, Genevieve earned her Juris Doctorate and Graduate Diploma in Comparative Law from Louisiana State University Paul M. Hebert Law Center in 2016 and her Bachelor of Arts Degree in English Honors from Louisiana State University in 2012. During law school, Genevieve received several honors and awards, including the CALI Excellence for the Future Award for the highest grade in Elder Law, the Pro Bono Hours Award for over 100 hours of pro bono service, and the Public Interest Law Society Scholarship.

Genevieve served as the Fellowship and Career Development Chair for the Public Interest Law Society where she helped her fellow students secure scholarships and employment in various public interest law positions in the community. Genevieve was chosen to be a LSU Law Ambassador, and she served as the Columns Editor while writing her own monthly column for LSU Law’s student-run newspaper, “The Civilian.” She also participated in the Civil Mediation Clinic where she successfully mediated several suits in East Baton Rouge Small Claims Court. An avid runner and animal lover, she created and organized the “Bark-and-Boo Charity 5K Run,” which helped raise awareness for dogs in local shelters needing “forever” homes.

Genevieve is admitted to the Louisiana Bar, and is a member of the Louisiana State Bar Association and the New Orleans Bar Association. Additionally, she is a Louisiana state-licensed Notary Public and is certified in LexisNexis Professional Research. In her spare time, Genevieve enjoys running, cooking new recipes, and chasing after her Golden Retriever puppy. 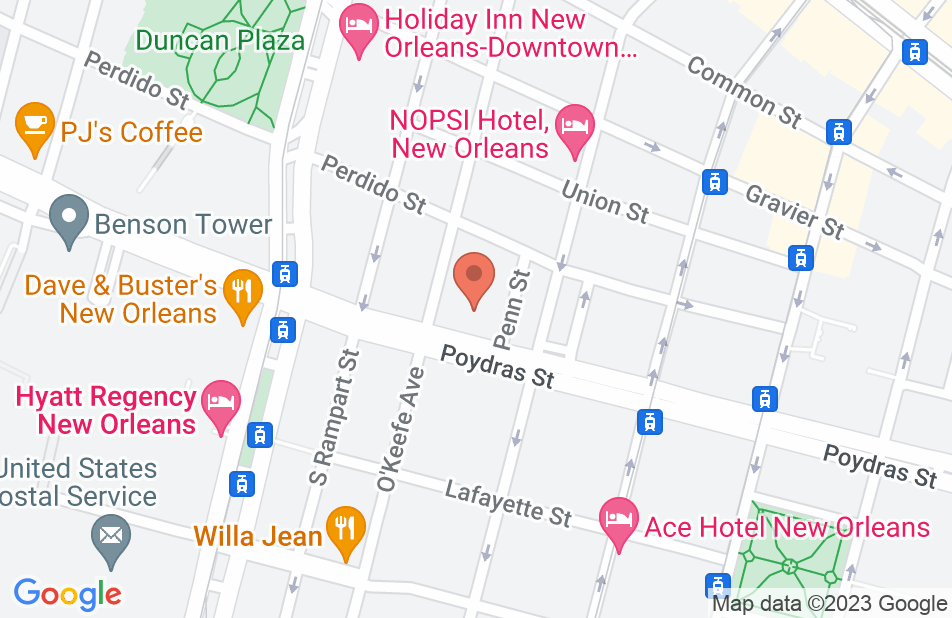 Not yet reviewed
Review Omega Leslie

Genevieve's efforts have produced high quality results time and time again. Genevieve works far beyond the call of duty. She is personable and extremely sharp. You can certainly trust her with your estate planning, estate litigation, and succession needs.