Let me assist you and your family with getting their affairs in order.  Whether that be estate planning, guardianship, Medicaid, or probate.  Free initial consultation.

Valerie graduated from the University of Nebraska College of Law in 2008. She served as the co-chair for the Woman's Law Caucus Charity Auction and a volunteer Big Sister for Big Brothers Big Sisters.

In July 2014, Val transitioned from active duty to the Nebraska Air National Guard.  This allowed Val to move back to Nebraska and start a family with her husband, Mike.  She started as in house counsel for Fidelity National Title Group.  Val reviewed contracts, title opinions, title insurance and any other documents associated with real estate closings.  Val negotiated settlements and managed litigation in several states.

In January 2018, Val went to work for the Nebraska Air Guard full-time.  She focussed on assisting members with their estate plans and providing compliance guidance to key members of leadership.  She conducted legal research and provided recommendations for human resource actions.

In April 2019, Val decided to join Elder Law of Omaha.  The opportunity to focus on assisting the elderly and special needs community was too powerful for Val to pass up.  She brought a wealth of estate planning and litigation experience that has served her well at Elder Law of Omaha.  Val enjoys working with families to figure out what is in their best interest.  She likes being part of the team that can help the elderly set up good Powers of Attorney, afford Assisted Living and avoid being defrauded.

Val and her husband have three young children who keep them very busy.  Val loves to run and looks forward to the day she has time to train for her tenth marathon.  Val loves reading historical books and trying to get someone to listen to her explain how good we have it now.

Throughout her career, Val enjoyed getting to help make sure a person's final wishes are carried out.  Whether that person was a deploying Airman with a young family or a Korean Veteran with great grandchildren.  Val wants to help make sure your wishes are what are followed. 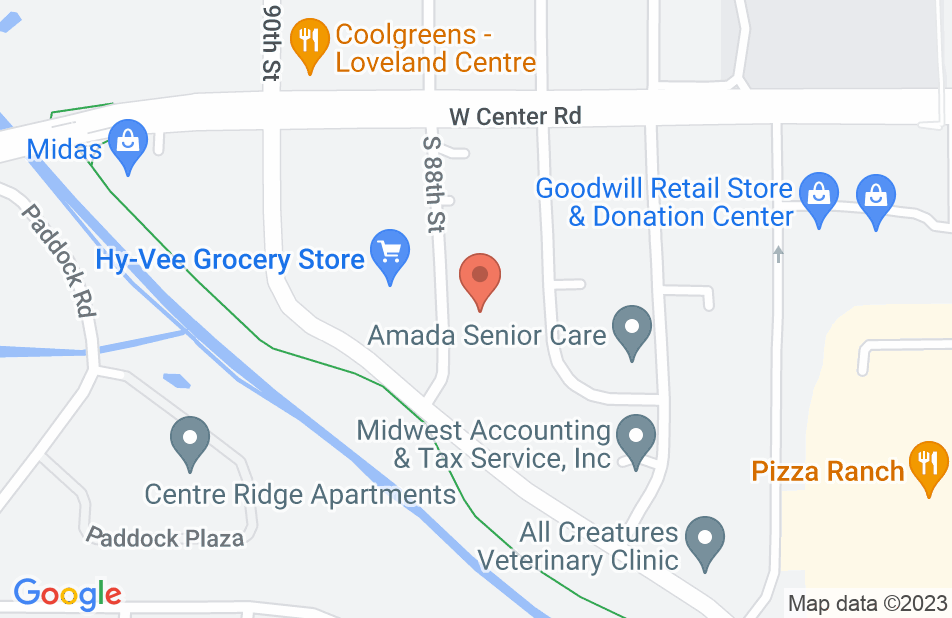 Valerie really took the time to explain what documents my husband and I needed and how they work. She focused on what was important to me and my husband. She assisted me with funding my trust to ensure I received all the benefits of getting a trust. I would strongly recommend Valerie.
This review is from a person who hired this attorney.
Hired attorney

My husband and I recently worked with Valerie for our estate planning. She was very kind, knowledgeable, and helpful. She answered any questions we had during the process, and was very good at explaining. We are thankful we were referred to Valerie. We will recommend her to anyone that will need her professional help. Thanks again!
This review is from a person who hired this attorney.
Hired attorney

We were doing minor estate planning and just needed some documents reworked. Valerie understood immediately what was needed, was quick and helpful. I recommend her!
This review is from a person who hired this attorney.
Hired attorney

I recently worked with Valerie at Elder Law in reference to my mother’s estate planning documents. I would highly recommend her as an attorney, as she was very professional, kind, listened and understood our full needs and overall transparent when it came to pricing. I have already recommended this firm to friends and family. I’m also extremely happy to say we are at ease after getting the correct paperwork in place.
This review is from a person who hired this attorney.
Hired attorney

Provided excellent service. She really cared about my issues and helped me create an estate plan I could feel comfortable with.
This review is from a person who hired this attorney.
Hired attorney

Valerie and I attended law school together. Valerie is an intelligent and highly ethical attorney. Valerie was always dedicated to her course work and I have no reason to expect that should would be any less dedicated to her clients. In addition to being a good attorney, any client will enjoy working with Valerie.

I had the pleasure of supervising Val for two years during our Air Force careers. I give her my strongest endorsement. Val is smart, conscientious, hard-working, and has boatloads of common sense. I would (and have) trust Val with client referrals on estate planning and other elder law matters. You can't go wrong with Val Newman as your attorney.

I worked with Val Newman for nearly 3 years and have known her for 10 years. I saw first-hand the care and dedication she brings when serving each client, with a no problem too great or small attitude. While she can make even the most challenging legal issues look easy, what sets Val apart from other attorneys is her compassion and commitment to her clients. She excels at communicating complex issues to help her clients understand their options and she strives to build trust, making her clients comfortable which is often a challenge when dealing with personal or family legal issues. Val is focused on understanding what her clients' goals are and she is adept at navigating them to help achieve their goals. She values her family and community, with a long record of public service that gives her a great perspective, particularly in estate planning where the issues a client is concerned about often go beyond the mere mechanics of the law.

Valerie has a real passion for meeting her client's needs, and especially those of her elderly clients. She has a great deal of experience and skill with elder law, and has my recommendation as an attorney in that practice area, and also with general estate planning.

If I need assistance with estate planning, probate or related matters, Valerie is the person I would call. She's not only smart and efficient, she's a compassionate advocate for her clients.