Steven C. Opheim is an attorney at law with over 29 years of experience, practicing in the areas of Business Law, Creditor’s and Debtor’s Rights, Bankruptcy (Consumer and Business), Commercial Litigation and Real Estate Law.

Mr. Opheim is licensed to practice law in Minnesota and Wisconsin and is a member of the Minnesota State Bar Association (MSBA), Ramsey County Bar Association and Bankruptcy Section and Real Property Law Section of the MSBA.

Mr. Opheim graduated from William Mitchell College of Law in 1985 after receiving his bachelor’s degree from the University of Minnesota in 1982.Born in Germany Steven moved to the US at an early age and still speaks some German.

Outside of work, Mr. Opheim enjoys traveling, having visited several countries in Europe for many years. He is also an avid stamp collector and a member of the University of Minnesota Band Alumni.

Steven likes to involve himself in community projects. He is the long time scoutmaster of a local Boy Scout troop and is an Eagle Scout. He believes his highest priority is to serve his client’s interests.

Steven has been awarded the highest Peer Review Rating of AV Preeminent (5 out of 5) that can be awarded to an attorney by Martindale-Hubbell, the most recognized and oldest peer review rating in the United States. An AV rating is defined as a significant rating accomplishment – a testament to the fact that a lawyer’s peers rank him or her at the highest level of professional excellence. 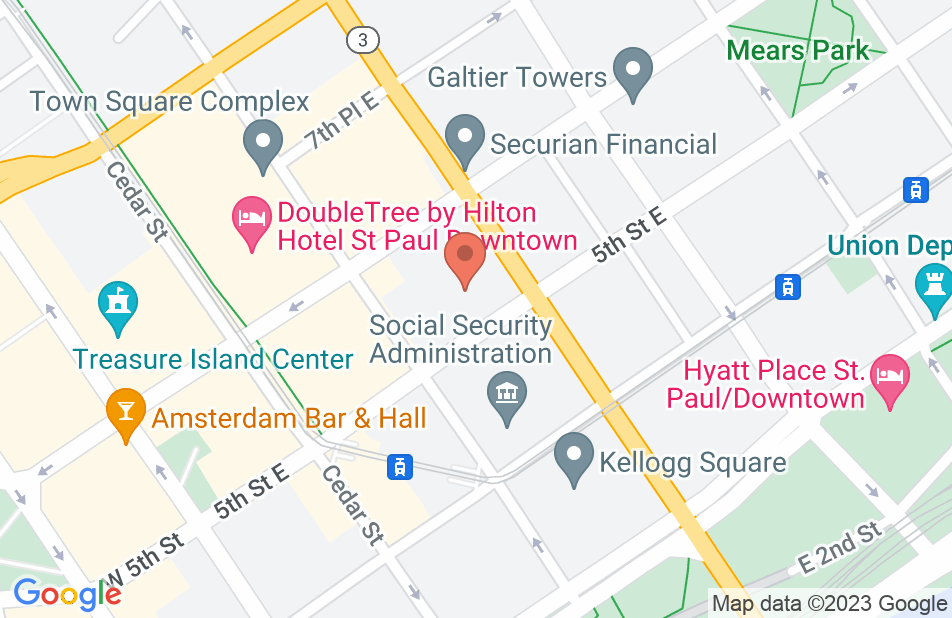 Not yet reviewed
Review Steven Opheim