Frederick M. Baker, Jr., of counsel to Willingham & Cote, P.C., has enjoyed a distinguished and varied career.  Most recently, he served for over eight years as a Commissioner for the Michigan Supreme Court, after nearly two decades as a partner at one of Michigan’s leading law firms, Honigman Miller Schwartz and Cohn, where he was a trial and appellate litigator. He began the practice of law at Willingham & Cote, P.C., after three years as an assistant professor at T.M. Cooley Law School, where he taught contracts, civil procedure, and legal writing and research. Before that, he served as law clerk to the late Chief Judge of the Michigan Court of Appeals, Robert J. Danhof, a position to which he was promoted after serving as a prehearing attorney in the Court of Appeals Research Division. He began his career as an instructor of law at Wayne Law School, where he taught legal writing and research and appellate advocacy. He has also taught, in an adjunct capacity, both insurance and conflict of laws, at T. M. Cooley Law School and insurance at Michigan State University College of Law.

A graduate of Washington University Law School, in St. Louis, where he received his J.D. and was a member and associate editor of the Urban Law Annual Law Review, and the University of Michigan, where he earned his B.A., he has received numerous awards and honors for his legal writing, scholarship, and contributions to the profession, including the Urban Law Annual Writing Award, the T.M. Cooley Stanley Beattie Memorial Teaching Award, the State Bar of Michigan’s John W. Cummiskey Award for pro bono service to the public , the Roberts P. Hudson Award (the State Bar’s highest award), the Ingham County Bar Association’s Distinguished Volunteer of the Year Award for 2000, and two T. M. Cooley Law Review Distinguished Brief Awards, for his Briefs in the Michigan Supreme Court in the leading Headlee Amendment case, Bolt v City of Lansing (the “rain tax” case), in 1999, and Kreski v Modern Wholesale Electric and Consumers Power (adopting the “Fireman’s Rule”), in 1988.

Baker was counsel of record in over three dozen published state and federal appellate decisions, including Stockdale v Jamison (establishing the Michigan rule of damages in wrongful refusal to defend cases, which has been extended to wrongful refusal to settle cases), in 1982; MacDonald v State Farm Mut Ins Co (defining the relationship between eligibility for no-fault work-loss benefits and health problems that independently render the insured unable to work), in 1984; and General Motors v Department of Treasury (prohibiting double taxation under the use and sales tax acts of the value of goodwill repairs GM performed after warranty expiration to engender customer loyalty), in 2002. Bolt v City of Lansing (the “rain tax” case), in 1999, and Kreski v Modern Wholesale Electric and Consumers Power (adopting the “Fireman’s Rule”), in 1988. In each of the Supreme Court cases noted, Baker secured victory after the lower courts had ruled against his clients.

Baker has devoted substantial volunteer efforts to work benefitting the public and the Bar, including service as Chairperson, of the Michigan State Bar Publications and Website Committee, which oversees all Michigan State Bar publications, from 1987 to 2011; as the Reporter for the Michigan State Bar Grievance Committee,1982-84; as a Member of the Michigan State Bar Young Lawyers Section Council, from 1981-84; as Chair of the Michigan State Bar’s Committee for the Delivery of Legal Services to the Elderly, from 1978-88; and as Founder and President of the T. M. Cooley Law School’s Sixty Plus Law Center, Inc., from 1978-87, where he has served as a Board member from 1987 to present. With friend John Voelker, a/k/a Robert Traver (author of Anatomy of a Murder and former Michigan Supreme Court Justice) and Richard F. Vander Veen III, Baker founded the John D. Voelker Foundation, which has provided over 20 scholarships to assist Native Americans to attend law school, and performed other good works. He also serves as a trustee and chairman of the Lansing Area Community Trust and trustee and Treasurer of Lansing’s W.B. and Candace Thoman Foundation, which provide grants to Lansing community and educational projects and programs. 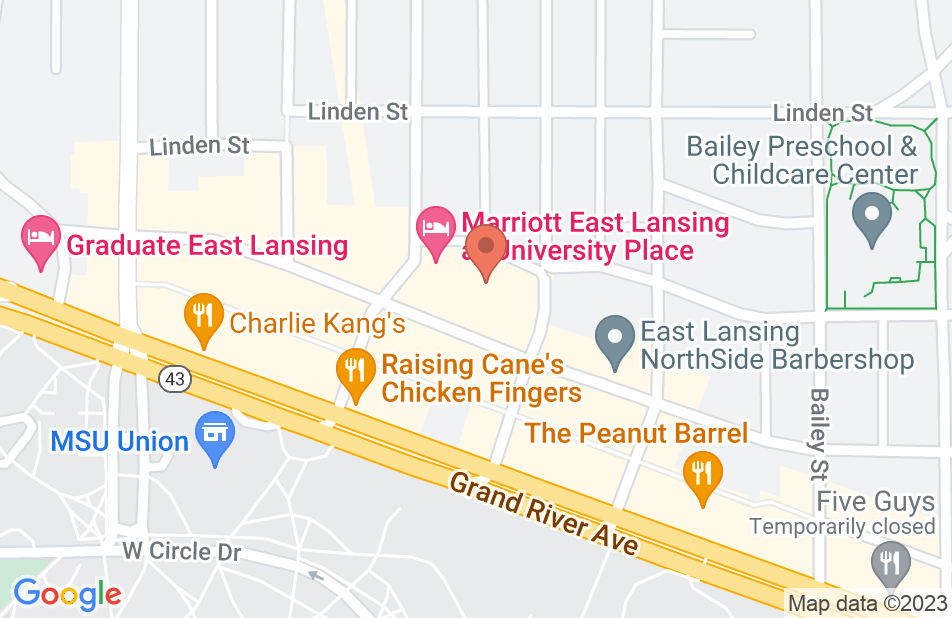 Not yet reviewed
Review Frederick Baker