Dick, a Georgetown native, graduated from Colgate University in Hamilton, New York and University of Louisville School of Law. He has practiced law in Georgetown since 1968 and practices in all Kentucky state and federal courts. Martindale-Hubbell rates him AV preeminent, the highest rating an attorney can receive.

The most significant of his reported cases is Metropolitan Pro & Con Ins. v. Overstreet, 103 S. W. 3d 31 (2003). This case set out the parameters of when a person who is examined by a defense doctor can have the examination video-taped. It prevents an insurance hired gun from violating your rights by lying to a jury.

Proven Success in the Courtroom

Dick has been involved in several cases with verdicts and settlements of over a million dollars and many more above $500,000.00.

An active member of Holy Trinity Episcopal Church, Dick served as its senior warden, numerous times on the Vestry and as Chairman of Stewardship Drive. He was a member of the first Leadership Kentucky class sponsored by the Kentucky Chamber of Commerce in 1985. 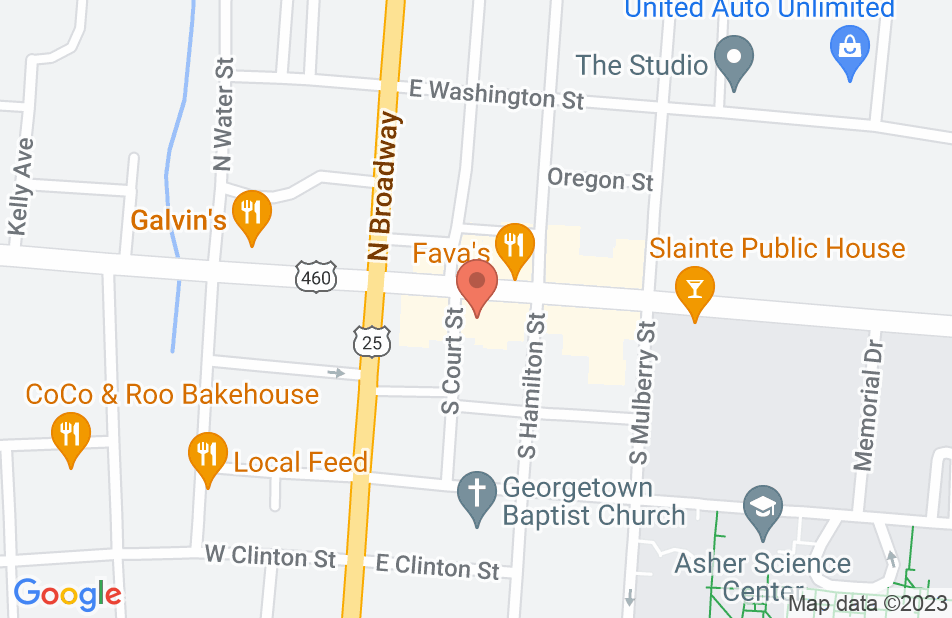 Not yet reviewed
Review Richard Rawdon