Rick was born in California in 1958 and attended high school in Midland, Michigan - worldwide headquarters for The Dow Chemical Company. Thus, when Rick entered Brigham Young University in Provo, Utah in the fall of 1976, it was with the intent of becoming a chemical engineer - just like everyone else he knew.

It wasn't until the beginning of his senior year in college that Rick realized that a traditional career as a chemical engineer in either the chemical industry or petroleum industry didn't interest him.

Fortunately, he was required to take an elective course in electrical engineering that first semester of his senior year. The elective course that he took in semiconductor processing sparked an intense interest in the field of integrated circuits. At the end of that fall semester, Rick knocked on the door of Signetics, an integrated circuit fabrication company that had a facility in Orem, Utah, and got his first job in the industry there before he graduated from college. Rick graduated from Brigham Young University the next semester in 1983 with a B.S. degree in chemical engineering.

Rick worked for about two years at Signetics, primarily as a process engineer. His first responsibilities were in the photolithography group. As a photolithography engineer, Rick was responsible for a wide variety of tasks. One responsibility was to research and develop the recipes that were used to dispense the proper amount of photoresist onto the silicon wafers, set rotational ramp up times, speeds, and hold times for the photoresist spinners, and set times and temperatures for soft bakes and hard bakes. Rick wrote specifications for wafer alignment procedures and recipes, and also developed alignment structures. Responsibilities also included failure analysis for photolithography-related defects.

Rick next took a job with Raytheon Company, working with their new high-speed, radiation-hardened gallium arsenide devices group, where he was one of the development engineers operating a pilot plant facility. One purpose of the facility was to reconfigure the basic processes developed by the Raytheon research department into production-capacity processes. Another aspect of this job was to develop the budget and specify equipment and facilities for the state of the art microelectronics center that was built in Andover, Massachusetts.

Rick's final position in the microelectronic industry was with Leeds & Northrup in St. Petersburg, Florida. Rick was in charge of the new thin film sensor group, which made silicon strain pressure sensors and platinum RTD temperature sensors. In this capacity, Rick was responsible for everything from raw materials coming in the door to finished sensors going out the door, and everything in between. During the first year he was with Leeds & Northrup, he brought the line from a production of zero thermal sensors to over 63,000 thermal sensors per week. Through a variety of statistical process control techniques, including statistical experiment designs - which he had been interested in for years, Rick brought process yields up to over 99% during the time that he was employed with Leeds & Northrup.

Rick entered law school at the University of Tennessee in Knoxville in the fall of 1991, and received his Juris Doctor degree in 1994. During that time Rick clerked for both the general practice law firm of Frantz, McConnell & Seymour, and the intellectual property law firm of Luedeka Neely Group, where he would eventually be employed full-time. However, the job that paid the bills more than anything else during that time was a computer consulting business that Rick had started while living in Florida. As a part of that business, Rick installed and maintained local area networks (which were just starting to become popular with small businesses), built and sold computers and computer peripherals, and did contract computer programming in a variety of languages and environments.

Rick became an associate with Luedeka Neely Group in 1994 and a shareholder in 1999. His early practice emphasized software licensing for relatively large-fee, royalty-bearing software packages for a client that was the creator and leading solution provider in their market - network management. In addition, the licenses were somewhat different from a standard shrink-wrap-type contract. Thus, most of the licenses were individually negotiated over a period of time. This afforded Rick an opportunity to learn negotiation skills that were beneficial in a number of different areas. Rick successfully negotiated approximately two-hundred different license agreements during that time. Licenses were signed with many of the largest companies in the computer, data services, and telecommunications industries.

Rick has been helping clients with copyright matters for many years, including the identification of copyright works, filing and prosecution of federal copyright registrations, and the successful litigation of copyright matters through the appeals court level. Rick also maintains an extensive trademark practice, which has included identifying client trademarks, counseling with clients on the proper use and protection of trademarks, filing and prosecuting federal (and state) trademark registrations, and successfully representing clients before the Trademark Trial and Appeal Board.

Rick has drafted and successfully prosecuted hundreds of patent applications to issuance. Many applications have required successful prosecution through the appeals process before they were granted with the breadth of claims to which the client was entitled. A wide variety of technologies are represented in his work, including mechanical devices, chemicals and chemical processes, textiles, business and financial methods, optics, software, and a broad array of electronic devices. Drawing from his work as an engineer and manager in the semiconductor industry, Rick has predominantly drafted applications relevant to the many different sub-fields within the integrated circuit fabrication industry, including applications directed toward instruments and equipment used in the fabrication of integrated circuits.

Rick is a licensed attorney in the states of Tennessee and Utah, and is admitted to practice as an attorney before the United States Patent and Trademark Office. 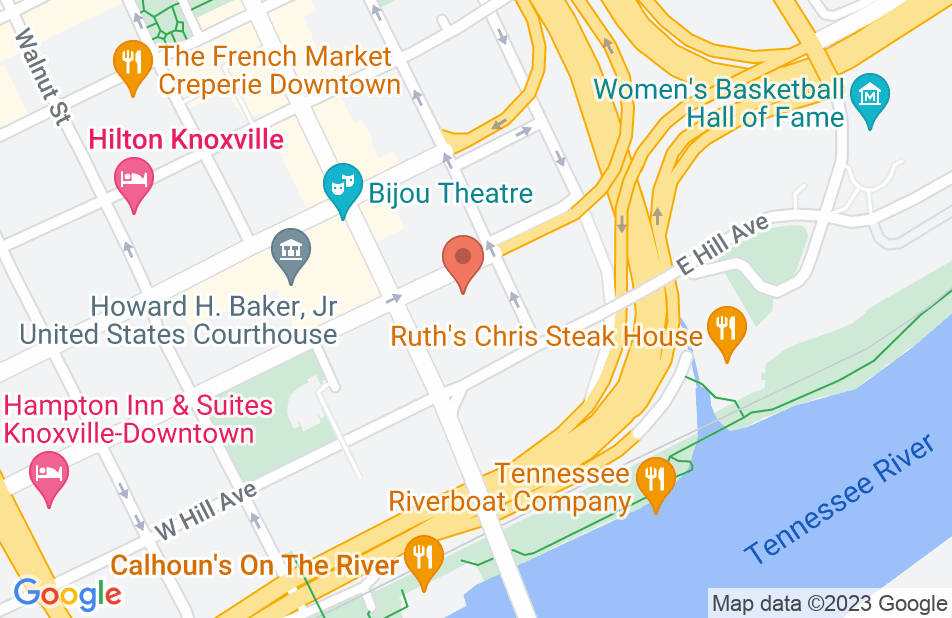 Rick Barnes has provided us assistance with regard to software licensing agreements, trademarks, patent, copyright, trade secrets, NDA/CDA agreements, employment agreements and other intellectual property matters for approximately a decade.

My experiece with Mr. Barnes

I have enjoyed working with Rick for many years. He is very capable and experienced in all areas of intellectual property law, and especially in patent prosecution. He is an honest and efficient advocate for his clients and their interests. Therefore, I am happy to give Rick this endorsement.

I have been privileged to practiced law with Rick for over 15 years. He is very knowledgeable in all aspects of intellectual property law. He is particularly adept at securing patents for his clients in some very challenging technology areas. He is my go-to guy when I need advice on patent prosecution. I gladly submit this endorsement for Rick.

I endorse this lawyer. Rick is not only a leader in his field, but he is a lawyer whom I trust to refer my clients. He is honest and hard-working, qualities which are not found in all attorneys. He is dedicated to his clients and their best interests. Whenever I have a client with an intellectual property or patent issue, I send them to Rick Barnes.

I have known Rick Barnes for many years. He cares about his work and strives to do the best that he can for his clients.