David is licensed and member of the Bar in South Carolina, North Carolina, Illinois and United States Supreme Court.David represents parents and students in IDEA/special education matters, 504 plans, student rights, suspension, expulsion, discipline, and civil rights and represents teachers and administrators and individuals in employment matters. He has handled multiple special education cases and expulsion hearings and resolved over 200 cases and lost only  one expulsion case.

As the son of a minister, David lived in every corner of South Carolina as a child. After graduating from Furman University, David worked for US Senator Fritz Hollings, eventually leaving after the Senator's re-election to get his JD from USC Law School. Immediately after law school, David clerked for US District Court Judge Cameron Currie. David began his private practice in 1997 in Chicago with a boutique law firm, Scariano, Himes and Petrarca, Chtd., that primarily represented school boards and municipalities in the Midwest, in all areas of the law from labor and employment to construction law to contracts to special education to litigation to student residency. Eventually David transitioned from Scariano to become the General Counsel for one of his clients, the Special Education District of Lake County, the largest special education cooperative in Illinois, comprised of 36 school districts. David also worked as Of Counsel for many years for Hinshaw and Culbertson, a large national law firm, in the education law practice as their lead special education attorney. In that capacity, David represented one of the largest school districts in Illinois, Waukegan Community School District, as well as some of the smallest suburban and rural school districts such as St. Anne's School District. Prior to moving back to Charleston, SC, David also represented day-care and after school programs, churches, camps and private therapy firms. In recent years, using his experience representing schools, David transitioned to representing teachers and administrators in employment matters and parents and students in IDEA/special education matters, 504 plans, student rights, suspension, expulsion, discipline, and Civil Rights. David also handles employment matters for individuals and small businesses. 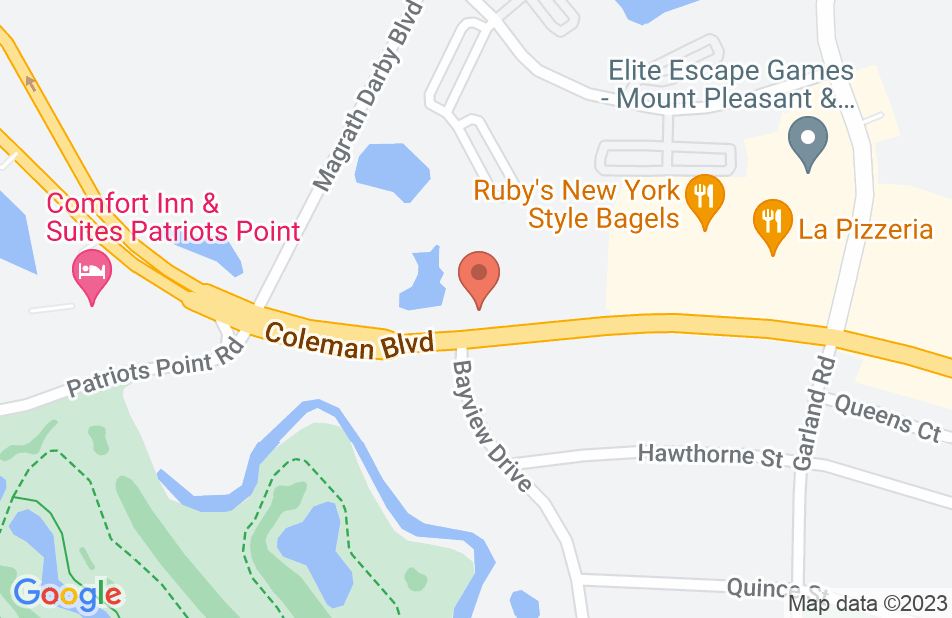 I could not have filed for unemployment without David helping me. He assisted me with all the details and guided through all you have to face when unemployed. I was very nervous and scared; he acted promptly and efficiently so that I was compensated as I searched for my next work home!
This review is from a person who hired this attorney.
Hired attorney
David Harley's response: Thank you Lynn. It was a pleasure helping you. You were mistreated by your employer and it is always fulfilling to be successful in these types of cases.

David has represented our son for 6 years. He has guided us with our son's special education needs throughout the process. He's probably attended 17 to 20 IEP meetings and pushed the school into doing what they originally refused. He's been available for us after hours and early in the morning. We've spent numerous calls with him over 1 hour. Our son would have suffered without his help. He was sick for a period but kept us informed the whole time. We never missed a deadline or meeting. He will be my son's lawyer through College. Highly recommend.
This review is from a person who hired this attorney.
Hired attorney

Exactly What We Expected

We had an issue with our son's IEP at school. Mr. Harley clearly knew special education law from the moment we met him. He was compassionate and even asked to meet our son. After two IEP meetings and a few strong letters, our son received what he needed in his school plan. I’ve read other reviews about Mr. Harley being ill and delaying meetings. This is true he was sick and during our time he was in the hospital in September and January, we even took him balloons, but he always communicated that with us and we understood. I understand he is on the mend. In the end his hospitalization did not hurt our case. Our son is doing well and Mr Harley even got the school to pay for a two week summer camp. I will keep him in my contacts.
This review is from a person who hired this attorney.
Hired attorney

I have a disability and anxiety. My university let me take my therapy dog into class along with other accommodations. Then without any discussion the Dean told me not to bring my dog into the class and removed other accommodations. I hired Harley Law and within 2 weeks my accommodations reinstated including therapy dog.
This review is from a person who hired this attorney.
Hired attorney
David Harley's response: Thank you. Glad I could be of service.

Tremendous Help For Our Grandson

David kept our grandson, who was in the gifted program, from being expelled or suspended. He posted on a school chatroom how to make molotov cocktails in response to other students discussing it. Our grandson could have been expelled or suspended. He served one day of in school suspension. David was quick to point out the fact it was in response to a discussion and no threats were made, nor were any other students subject to the same scrutiny. He was prompt and his fees were well worth it, as well as reasonable.
This review is from a person who hired this attorney.
Hired attorney

David has represented me for several years and our child with disabilities. He's been available to us when our daughter has issues with her IEP and even on emergency basis when the school improperly implemented her IEP or tried to exclude her from school. Ive read the two reviews and i can verify his previous health problems including broken ribs and serious lung sugery. Twice he called me from ICU to return my calls. He's attended numerous IEP meetings over the 3 years he has represented our daughter. He has been her life saver.
This review is from a person who hired this attorney.
Hired attorney

Our child was up for expulsion. It was for what the school considered a dangerous weapon. Mr. Harley successful stopped the expulsion and our child returned to school. He was personable and met with and discussed the case by telephone numerous times before the hearing. He worked hard in order to understand all the facts. He thought of options we never considered and we won our appeal. His fees were very reasonable too.
This review is from a person who hired this attorney.
Hired attorney

David is an excellent attorney. I had a contract issue with my employer and David resolved it in my favor. I will refer my friends to him in the future. One of the few attorneys I've worked with that I felt actually listened to the result I wanted rather than telling me the goal. I highly recommend him.
This review is from a person who hired this attorney.
Hired attorney
David Harley's response: Thank you for your kind words. It was a pleasure working with you. If I can ever be of further assistance, Please let me know.

We consulted with Mr. Harley regarding educational services for our grandson and ended up hiring him to work with our school district. Mr. Harley provided us with excellent guidance and information for working with the school. We only used him for a short time but his services were instrumental to us. He did provide us with refund of the deposit balance.
This review is from a person who hired this attorney.
Hired attorney

I can't say enough good things about this attorney! So knowledgeable and professional and never once made me feel anything but a valued client. I had been pushed off by the school system for almost 10 years, even though I knew my child had issues, he was able to push through in a matter of weeks to get her the help she needed! And he is a nice person who cares, I sure can't say that for some attorneys that I have had to deal with!
See all reviews

David is a very smart guy with a lot of enthusiam. Outstanding lawyer with a high level of skill and very ethical. I endorse this lawyer.

I endorse this lawyer. David really knows education law. Very strategic and very oriented towards executing the strategy he agrees with his client.