Chris has prepared more than 3,000 Wills and Trusts. He devotes 100% of his law practice to estates and trusts, and is a member of WealthCounsel, a national organization of Estate Planning Attorneys that develops state-of-the-art estate planning techniques, documentation and processes. Chris completed advanced training in Trusts and Trustee Standards to become an Accredited Fiduciary at the Center for Fiduciary Studies, where he graduated valedictorian of his class. In 2006, he was voted by his peers as a Virginia Super Lawyer in Estate Planning & Probate, an honor only the top 5% of Virginia lawyers achieve. In 2008, Chris was profiled by Wealth Management Magazine as an Industry Leader in Estate Planning for the Southeastern United States.

Chris does not care how much money you have. He helps those that have very little money as well as those who are very wealthy.

In 2014, in recognition of his devotion to protecting older adults in our community from financial exploitation, the Virginia House of Delegates appointed Chris to the Virginia Alzheimer’s Commission. As a Commissioner, he serves as an advisor to the Governor and legislature on critical issues affecting those individuals with dementia as well as their caregivers. He serves as a panelist and keynote speaker for Estate Planning Conferences throughout Southwest Virginia and published a written article through the Virginia Center on Aging entitled “Protecting the Vulnerable: Free Ways to Prevent Financial Exploitation” that has been distributed to government offices statewide. In addition, Chris was invited to be a guest speaker for the Roanoke Law Foundation’s Aging With Dignity event.

Chris became an Instructor of Estate Planning with the Roanoke Financial Services Institute and is a member of the Estates & Trusts Section of the Virginia State Bar. He was selected as Professor of Estate Planning at the Judge Advocate’s School where he was assigned to teach lawyers the various techniques of estate planning. Chris wrote a monthly column devoted to estate planning in two local publications, and was quoted in The Boston Globe in a front-page article addressing trusts and estates. He was selected by the National Business Institute to teach an educational program, Elder Law in Virginia: Legal and Financial Issues, to fellow attorneys for educational credit. Chris served as an AARP participating attorney for three years and as President of the Smith Mountain Lake Estate Planning Council.

Chris graduated from the University of Rochester, cum laude, and received his Juris Doctorate and MBA from the University of Buffalo. Chris was commissioned as an Officer in the U.S. Army and completed Airborne School to become a paratrooper. He then spent six years as a Judge Advocate in the Army JAG Corps that included duty as a trial lawyer and as a Special Assistant U.S. Attorney, and obtained a Secret Security Clearance. Following active duty, Chris served as Headquarters Company Commander for a U.S. Army Reserve unit in Salem, Virginia. While in the Army, he won a Golden Gloves Boxing Competition in the welterweight novice division and received the IRS Commissioner’s Award for his work in creating and developing an IRS tax center. For his military service, Chris was awarded the Army Achievement Medal, two Meritorious Service Medals and the National Defense Service Medal.

Chris has made several radio guest appearances on WWWR and WFNR talk radio; was a guest lecturer for Roanoke College; and a guest speaker on Blue Ridge Public Television and WDBJ Channel 7 to discuss cutting edge developments in estate planning. Chris is the founder of The Special Needs Symposium, and he received a Special Contribution Award in 2003 for serving families in our community that have loved ones with disabilities. He is married and his four children are 7th generation Virginians. He is active in a variety of community and charitable activities and has coached youth baseball, basketball, soccer and lacrosse. He and his daughter were Silver Medalists in the 2009 Commonwealth Games Canoe Tandem Division, and he and his son were Gold Medalists in the 2010 Commonwealth Games Canoe Tandem Division. In 2012, Chris returned to the boxing ring and competed in the Ringside National Masters Boxing Championship in Kansas City, Missouri.

Chris is President of Anderson, Desimone & Green, PC, which was nominated as 2012 Small Business of the Year through the Roanoke Regional Chamber of Commerce, and has been ranked each year by U.S. News & World Report as one of the best law firms in America. 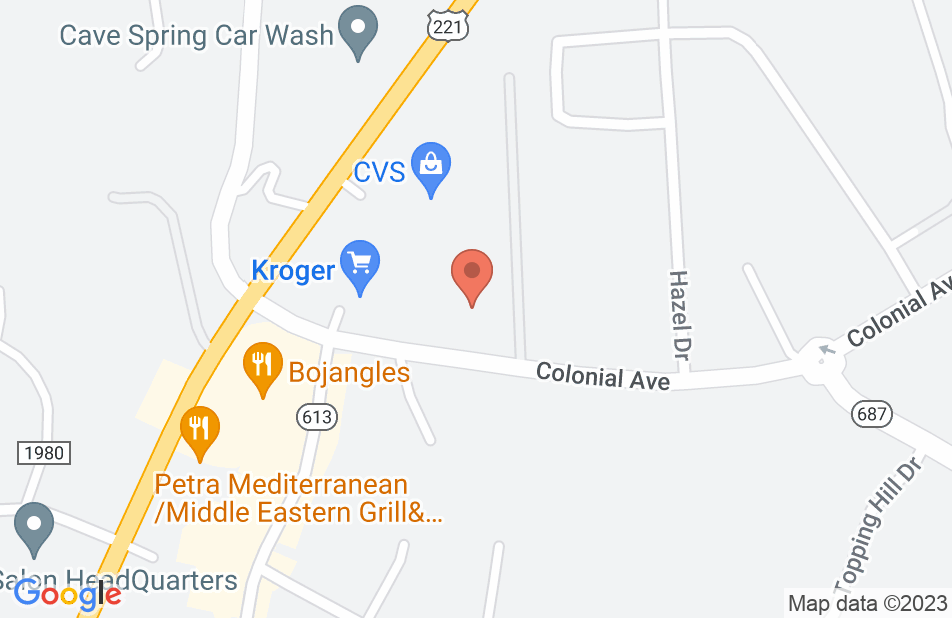 Not yet reviewed
Review Christopher Desimone

If I lived in Virginia, Chris would, hands down, be the lawyer that I would chose to do my family's estate planning. I saw the work Chris did in the Army and how he cared about making sure that the job got done right. He was the lawyer that all the other lawyers went to if they had questions. You couldn't ask for a better lawyer.