Mr. Nagle is a principal of Nagle & Zaller, P.C., a Columbia, Maryland law firm representing business, individual and community association clients in Maryland and the District of Columbia.  He obtained his Juris Doctor degree from the University of Maryland School of Law, where he served as an editor of the Maryland Law Review.  His Bachelor of Arts degree in Political Science, magna cum laude, is from Mount Saint Mary's College, where he was elected to the Monsignor Tierney Honor Society.  He is admitted to practice law in Maryland, the District of Columbia and Georgia, and is a member of the Bar of the Supreme Court of the United States.  He is an "AV" rated attorney.

In his community association practice, Mr. Nagle is active in a national trade organization called the Community Associations Institute (CAI).  He is a charter member of CAI's prestigious College of Community Association Lawyers and is the author of two of CAI's best selling books, "Guide to Annual Meetings, Special Meetings, and Elections," and "The Role of the Association Secretary."  He has also written numerous articles for the national magazine, "Common Ground," and is a frequent speaker at national conferences and seminars.  He served two terms as President of CAI’s Maryland Chapter and has been named “Educator of the Year” and “Speaker of the Year.”  He is a past Chairman of the national CAI President's Club Advisory Board and a member of the national CAI Attorney’s Committee.  He is serving his third two-year term on CAI’s National Board of Trustees and was a member of the Governance Task Force—for which he received the President’s Award in 2004.  In addition, he was the 2007 Chair of the National Business Partners Council for CAI.  He has been selected as National CAI President-Elect for 2009 and will serve as National CAI President in 2010.

Mr. Nagle is also active in the community.  He is the Chairperson of the Howard Community College Educational Foundation and its Executive Committee.  In addition, He  serves on the Board of Directors of the Domestic Violence Center and is a two-term Past President of the Columbia Business Exchange (CBX), served for six years as the Chairperson of The Columbia Association Sister Cities Advisory Committee and is a two-time past Chair of the Howard Community College Grand Prix Advisory Board.  In June, 2006, he completed six years as a Trustee of The Columbia Foundation and a member of its Development and Marketing Committees.  In July, 2007 he completed three years as a member of the Board of Trustees and the Executive Committee of The Columbia Festival of the Arts.  He also served for eleven years on the Alumni Board of the University of Maryland School of Law.  He worked with Leadership Howard County’s newly minted  “Leadership U”  program  and  acted  as  mentor  to  two  high   school  students  in  that program.  Mr. Nagle was recently elected to the Board of Trustees for Center Stage and the Board of Directors for Howard county Tourism.  He also worked with his wife, Debbie, to found The Gavel Group, a new endeavor designed to bring together the heads of all Howard County non-profit organizations to exchange ideas, share experiences and better understand the roles of the other non-profits.

Mr. Nagle and his wife provide financial support to many charities and arts organizations as well.  These include The Columbia Foundation, Howard Community College, the Columbia Festival of the Arts, the Howard County Arts Council, the Howard County Domestic Violence Center, the American Heart Association, the ARC of Howard County, Hospice, the YMCA, the Boy Scouts of America, the Washington Ballet, Center Stage, the Muscular Dystrophy Association, the Family Life Center, the Salvation Army, Purple Heart, the Claudia Mayer Cancer Center, Cystic Fibrosis and Success in Style, among others. 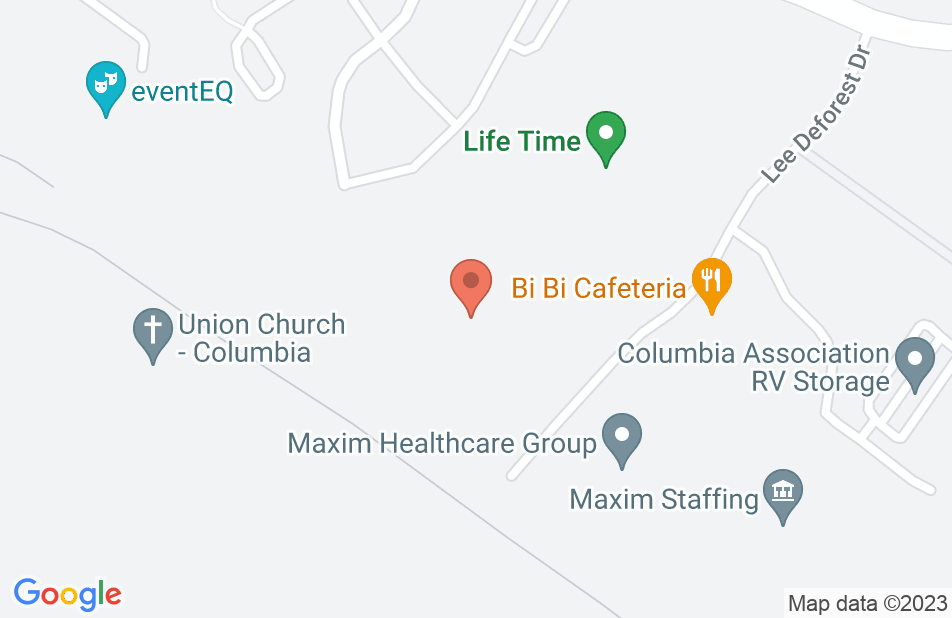 Not yet reviewed
Review P Nagle