Eric Bachman is Chair of the discrimination and retaliation practices at Zuckerman Law and has served in senior positions at the U.S. Office of Special Counsel (OSC) and the Department of Justice Civil Rights Division. Bachman’s wins include a $100 million settlement in a Title VII employment discrimination class action, a record-setting Whistleblower Protection Act settlement at OSC, and a $16 million class action settlement against a major grocery chain.

Bachman holds extensive litigation experience, including trials in federal and state courts, and has also set important precedent on employment discrimination issues at the appellate level. Bachman litigates employment cases, including sex harassment and “glass ceiling” discrimination cases where an employee is denied a promotion because of their gender, race, national origin, religion or other protected characteristic.

Before joining Zuckerman Law, Bachman served as Deputy Special Counsel, Litigation and Legal Affairs, at OSC from 2014 to February 2017.

Prior to that, he worked for five years as a Special Litigation Counsel and Senior Trial Attorney in the Civil Rights Division of the Department of Justice. Previously, Bachman was a partner in a Washington, DC civil rights law firm.

In cases against private companies and government agencies, he has litigated in federal courts across the country. Bachman began his career as a public defender and served as lead or co-counsel in numerous jury trials.

Articles in which Bachman has been interviewed or quoted related to whistleblower and employment discrimination law:

Interview of Eric Bachman about sexual harassment issues in the workplace.  Woopaah.  December 14, 2017.

Eric Bachman quoted in Lifehacker about how to identify sexual harassment when you see it.  November 27, 2017

Interview with Eric Bachman about the impact of arbitration agreements on sexual harassment cases, "The Why" news program on Newsy, October 23. 2017 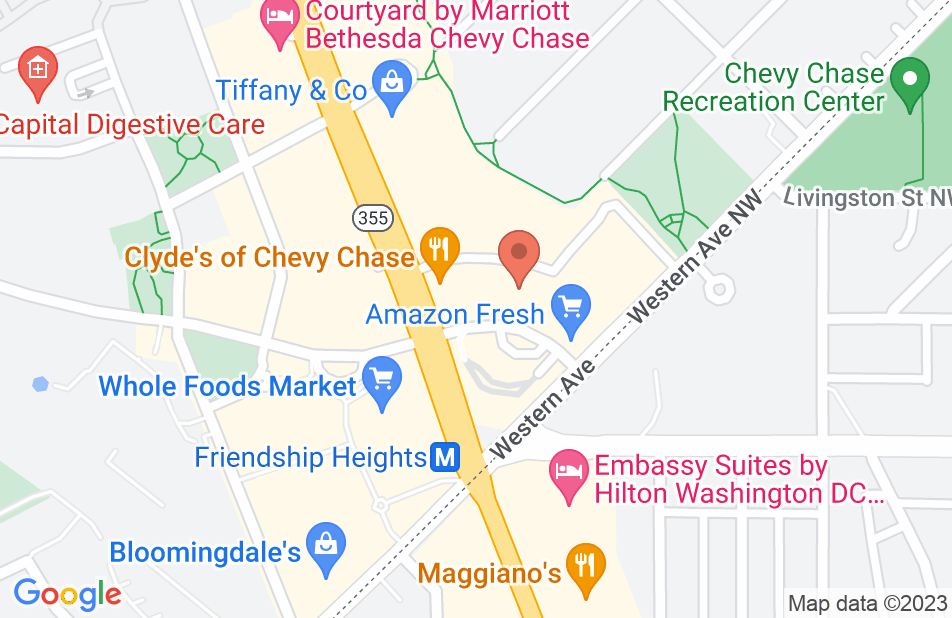 Eric Bachman is an excellent lawyer! He is a true facilitator in every sense of the word; he proved time and time again--that he does what is in the best interest of the client. Eric: 1) did a superb job communicating each step of the process. 2) had a solid grasp of all the facts, which were fairly complicated and immense. 3) moved fast and maximized my position. Ultimately, his negotiation skills paid off considerably. I highly recommend Eric
This review is from a person who hired this attorney.
Hired attorney

I retained Eric and his firm (Zuckerman Law) to represent me in a retaliation claim and subsequent separation agreement. Through the entire process Eric stuck with me and kept me encouraged and up to date every step of the way. Eric did not allow my former company to bully me and constantly gave advice on each scenario as they presented themselves. Eric was very persistent and for lack of a better term a "bulldog" in acquiring a fair and equitable settlement for my departure. I was fighting a very large company who is known for not giving in and not afraid to flex their substantial power and it was very apparent from the start that Eric would not be intimated by them in any way, shape or form. I would not hesitate to recommend Eric to anybody requiring a good attorney, in my opinion Eric is one of the best.
This review is from a person who hired this attorney.
Hired attorney

In my line of work I have had to deal with many attorneys but I can honestly say that being represented by Eric Bachman was a pleasant experience. From the moment of engagement thru the conclusion of my case Eric kept me fully informed even while away on vacation with his family (which was completely unexpected). Eric was a no nonsense, extremely knowledgeable, compassionate and patient throughout the process standing by me until we reached a conclusion allowing me to turn this very difficult page so that I can move on to the next chapter of my life. Very grateful I had the best on my side and would highly recommend Eric Bachman.
This review is from a person who hired this attorney.
Hired attorney

After interviewing several Law firms that specialize in labor law, I chose Zuckerman Law because of their knowledge and experience in dealing with whistle blower cases. After detailing my complaint to Eric Bachman, a Principal with Zuckerman Law, he agreed to take my case. I could not be more satisfied with the outcome of our case. Eric was extremely detail oriented and demonstrated superior knowledge of the law pertaining to my case. With Eric’s guidance, I was able to come to an acceptable “win-win” agreement in a matter of months, rather than years. I would gladly recommend Eric and Zuckerman Law to any person in the future.
This review is from a person who hired this attorney.
Hired attorney

When faced with discrimination in the workplace many fear the loss of a job and/or retaliation. That was my fear but eventually you have to stand up for your rights. I reached out to Zuckerman Law 4thQ 2017 to ask for help. After explaining my situation Eric Bachman was assigned to review my case and it was decided that my complaint had merit so we moved forward. With today's technology we were able to communicate effectively without ever having to drive to DC or MD. Mr. Bachman has a very clear understanding of the law and strives to not only defend our rights but he also takes the time to educate his clients. He is a no-nonsense attorney and does not play games or allow anyone else to play them at your expense. The entire process was quick and took only about 4 months. It was simple and the fees were fair. If you are being discriminated against I recommend you reach out to Mr. Bachman. I was very happy with the outcome of our case and intend to stay in touch. Mr. Bachman - Thank you for all that you do.
This review is from a person who hired this attorney.
Hired attorney

Eric Bachman was hired to represent me and he did an excellent job duration!! I would highly recommend Eric for any illegal employment and labor law employer/employment issues. Eric is an expert and very knowledgeable of the employment laws and has your very best interest in mind at all times. Eric provided weekly updates on my case and was always willing to provide me a breakdown in the statues of laws to better understand what they really meant and why he wanted to pursue specific directions if you will. He was very patient and made sure that I was clear on all facets of my case. Keep up the good work and thank you so much again Eric for all your efforts of support and a job well done on a "win win case" .....YOU ARE THE BEST!!!!
This review is from a person who hired this attorney.
Hired attorney

Eric has a sharp legal mind, strong writing skills, and is great at devising case strategies. Any client would be well represented by him. He has a strong sense of justice and incredible work ethic. He is reliable and a true advocate.