We Fight for Our Clients & Provide Sensible Cost-Effective Solutions to Problems.

Antranig Garibian is the founder of the Firm. Mr. Garibian maintains an active litigation practice throughout the state and federal courts of New York, Pennsylvania, Delaware, and New Jersey. Mr. Garibian has advised clients ranging from large publicly traded companies to small and individually held businesses. Some of Mr. Garibian’s representative experience includes:

Mr. Garibian is fluent in Armenian and proficient in Russian and French. He serves in many leadership roles on the local, national and international level in the Armenian Church, including the Diocesan Council of the Eastern Diocese of the Armenian Church. He regularly speaks throughout the country regarding human rights issues in the Middle East. 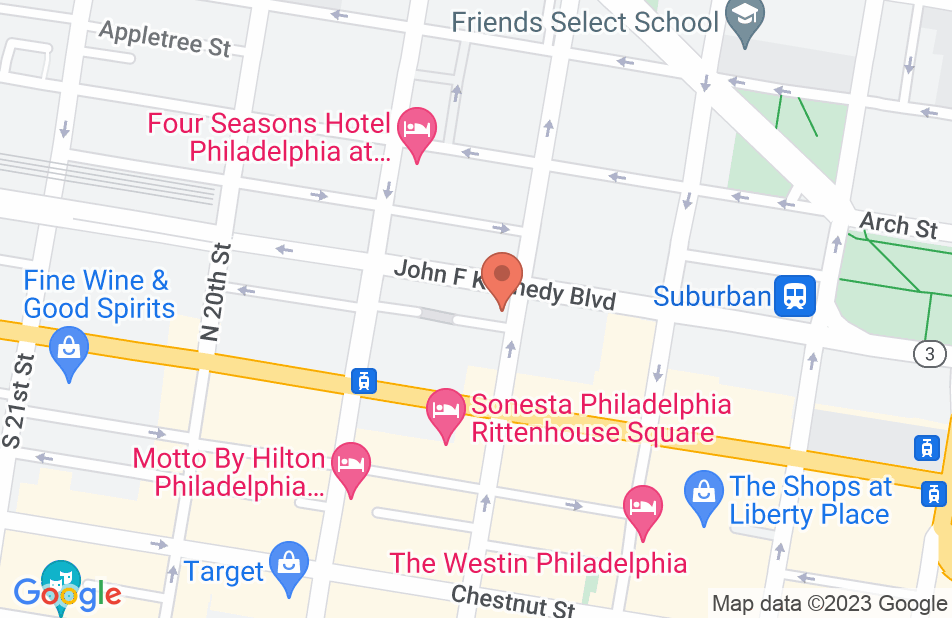 He was wonderful to work with. I had misconceptions about lawyers and he proved it wrong. He went above and beyond my expectations. I worked with him to have my employment agreement reviewed and he went out of the way to speak to the other party himself and rewrote part of the agreement so that I could have it the my way.He gave me wonderful advice throughout the whole process. Always looking out for my best interest. He was always avaliable and always answered emails and texts promptly. He was very very profession and super nice. I will difintely work him again.
This review is from a person who hired this attorney.
Hired attorney

Mr. Garibian recently assisted me with a problem I was having regarding the questionable practices of someone that I hired. He was extremely easy to talk with (and I've talked to a few lawyers over the years) and made me feel completely at ease. He reviewed my position, summed it up and gave me possible options and outcomes. He was very fair and gave me a very good feeling. Most importantly, he acted very ethically and compassionately towards me and my situation and actually LISTENED. If the current situation I am in warrants legal representation, then I will not hesitate to engage Mr. Garibian's services.
This review is from a potential client who consulted with this attorney.
Consulted attorney

Professional, reliable and to the point.

Anatranig formed my LLC for me and answered all my questions and concerns. He was courteous and was straight to the point. His candor is appreciated and he made the entire process painless. The consultant didn't feel like some cheesy elevator pitch. He was authentic and told me the truth about LLCs.
This review is from a person who hired this attorney.
Hired attorney

Trig was one of two attorneys on a webinar that I attended for travel advisors. I reached out to him immediately after the webinar because I felt that the insights he provided on the call were useful for my business, which is a single member LLC. Trig is an excellent communicator, easy to work with, and he makes sure that he understands what your goals are before making recommendations. I'd previously written T's & C's but want Trig to review them before I started using them with clients. His turnaround time was excellent and he brought up ideas and suggestions that I had been unable to find. I will use Trig for my future legal needs and highly recommend him if you are a business owner.
This review is from a person who hired this attorney.
Hired attorney

Great to work with

We are an early Stage Software as a Service CleanTech Startup based in Silicon Valley. I reached out to Antranig to help me with some legal work that included the following: 1- Our process Incorporating in Delaware State 2- Paper work between Founders and overseas investors 3- IP protection agreements He tackled every problem effectively and efficiently! He will be my go to Lawyer raising our round A funding In November this year. Thank your Antranig for your time and I am looking forward to working with you!
This review is from a potential client who consulted with this attorney.
Consulted attorney
Antranig Garibian's response: It was a pleasure working with you as well and I look forward to partnering with you in your journey!

Together we were able to update my terms and conditions and hiring agreement to a more robust but direct document. I feel more at ease knowing I am protected. Working with Trig was quick and exactly what I hoped for. I will use this firm again should the need arise and fully recommend them.
This review is from a person who hired this attorney.
Hired attorney
Antranig Garibian's response: It was a pleasure meeting and working with you, Melissa!

I hired Trig to review some client-facing contracts for me to ensure they were up-to-date and I was protected legally. Trig made the process seamless, enjoyable and was able to explain things easily. I would happily work with Trig again should the situation present itself!
This review is from a person who hired this attorney.
Hired attorney
Antranig Garibian's response: I appreciate this - and am so glad we connected!

Antranig assisted my fiance and I with getting our large deposit back on our wedding scheduled for next month. Before we hired him, we had consulted with him on his thoughts for being able to get our deposit back. After we couldn't resolve it ourselves, we hired him to get involved. He was determined to send a demand letter to them quickly, and had a strong and well written letter delivered to them within 2 hours. He assisted us with the back and forth after the fact which ended up working out largely in our favor. We were able to reach a settlement agreement within 10 days. He worked hard to ensure that the settlement agreement sent over was properly written and was in our best interest. I would absolutely work with him again.
This review is from a person who hired this attorney.
Hired attorney
Antranig Garibian's response: Ana, I am glad I was able to help. Thank you for your comments!

Trig helped navigate and negotiate a contract with one of our clients. Provided great guidance, easy to work with, and was considerate of our budget. He made an honest effort to follow through and answer questions even beyond what we initially agreed upon. He definitely acted in our best interests, not his own. His advice resulted in us landing a bigger deal with our client, and the assurance that what we were signing was in our best interest. He's responsive, and appeared trustworthy for our first time working together. I'd work with him again.
This review is from a person who hired this attorney.
Hired attorney

Trig was kind enough to speak with me and my fiancé about an issue we were having regarding postponing our wedding due to COVID-19. He provided a free consultation where we outlined the situation and he gave us some great advice that led to us resolving the issue without even having to contract his services. His advice was fair and reasonable, and at no point did he rush us or pressure us at all. In fact, he advised that we try resolving the issue with our venue one more time on our own, before deciding to hire him to represent us. He sincerely wanted to help us out due to this awful pandemic situation, which is very admirable. Great guy- we are very appreciative!
This review is from a potential client who consulted with this attorney.
Consulted attorney
See all reviews

I endorse this lawyer. Mr. Garibian is a mensch. He keeps his word and works in the best interest of his client. He is a tough negotiator, yet, at the same time, realistic. I highly recommend Mr. Garibian.

I endorse Antranig Garibian for his Legal skills, work ethic, knowledge of the law and respect within the legal community. You will be well served with Antranig by your side.

Mr. Garibian is an outstanding attorney. He is a hard worker who goes the extra mile for all of his clients. Any client would be lucky to have Mr. Garibian representing them.

Trig is a dedicated attorney who knows how to effectively handle a case in litigation. He truly cares about his clients and zealously represents their interests in Court. He knows how to properly evaluate a case and takes the time and energy needed to be successful.